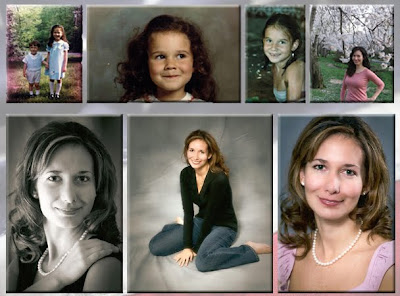 The bringer of important information People Magazine, has published this on the interwebs:

His Own Words: Jesse James Reacts to Divorce Filing

Because it's only fair to get the dirtball's side of the story. By the way, the story is he's a dirtball. As Sandra Bullock shares her decision to file for divorce from husband Jesse James and adopt son Louis as a single mom, James tells PEOPLE he has a "huge hole" in his heart, but understands:

"My whole life has been full of hard decisions.

"The decision to let my wife end our marriage, and continue the adoption of Louis on her own, has been the hardest.

Um, yeah. . .that wasn't really your decision. You don't actually get to decide whether or not she files for divorce. It's not something you LET her do. She did it. Suck on it!

"Sandy is the love of my life, but considering the pain and devastation I have caused her, it would be selfish to not let her go.

Oh, clearly, yes! The love of your life, that just goes without saying, doesn't it? I mean it's so obvious!
And not to belabor the point, but you don't get to choose whether or not to let her go. She's gone.

Right now it is time for me to beat this addiction that has taken two of the things I love the most in life.

Jeezalooloo, why does every guy who gets caught poking around get to claim he's an addict now? You thought you could have your cake and eat it too, and you were fine with it until the cake found out about the other cake, or, um. . . . . I had somehting there for a second, but anyway, you're not an addict, you're just a dick.

"I have always taken great pride in proving people wrong.

Like when my mom said I was going to grow up to be a decent human being!
Ha! Wrong again, Mom!

That time has come once again to show that I am not what everyone says I am.

Oh, of course you are. That's why everyone says it. If it were a couple people saying it, yeah, then maybe. But there's a reason why EVERYONE is saying it.
Are you going to show us that you're not really a lying, cheating whore-fucker? Go ahead! I'd like to see this!

I know in my heart that I can be the best father possible to my four children, and the mate Sandy deserves, and realize that this is an incredible mountain to climb. But I believe that the steps I have taken in the last 30 days are the foundation for making this happen. The lifelong commitment I am making is what being a real husband and father is all about.

Oh, you know in your heart, do you? Yeah? You know that? In your heart?
Well, I know in my Brain that you are never going to be the "mate Sandy deserves." Partly because she's divorcing your Nazi ass. And because if she did take you back, it would be like having "WELCOME" tatooed onto her forehead, so there's no way you would ever be able to respect her. I mean, she wouldn't be able to respect herself if she took your nasty syphilitic ass back into her life. If she ever took you back, you'd almost be obligated to cheat on her just to force her to admit that she needs help. And admitting you need help is the first step.

"I ask that you please do not judge Sandy for the things I have done. She has done no wrong. She played no part in any of this.

Really, no one's going to blame Sandy. You can rest easy now. Your noble concern for your wife's feelings is duly noted.

Posted by Professor Chaos at 4:39 PM No comments: