This shit needs to stop.


I saw this on Twitter the other day attributed to a professor at George mason University:

One might plausibly argue that those with much less access to sex suffer to a similar degree as those with low income,


No, one mightn't.
Lack of access to sex is annoying. It's frustrating. It's discouraging. It really isn't comparable to worrying whether you will be able to make the rent. It isn't really akin to having to choose between food and medicine. Lack of sex will not result in homelessness or malnutrition. They aren't similar.


. . . and might similarly hope to gain from organizing around this identity, to lobby for redistribution along this axis and to at least implicitly threaten violence if their demands are not met.


What the hell? Redistribution? And you're positing this as if it is part of a reasonable worldview? You can not be serious. 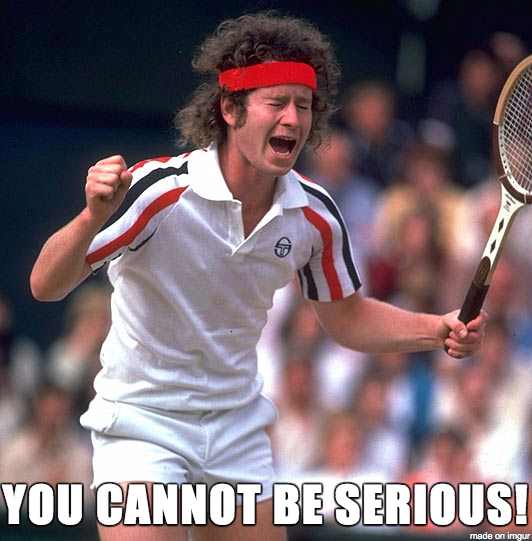 As with income inequality, most folks concerned about sex inequality might explicitly reject violence as a method, at least for now, and yet still be encouraged privately when the possibility of violence helps move others to support their policies.

What? Seriously? You think that violence "helps move others to support their policies?" You think that when some pissed-off virgin drives a van into a crowd trying to kill as many women as possible that normal people see this and think "gee, that vile little murderer makes a good point?" I mean, do you think that Tim McVeigh helped bring new recruits into the anti-government militia movement? You think a lot of people converted to Islam after 9/11?  Acting out violently when things don't go your way is pretty much the worst way imaginable to get people to see things from your point of view. As it should be.

. . . the possibility of violence helps move others to support their policies. (Sex could be directly redistributed, or cash might be redistributed in compensation.)


Cash might be. . . um, that's called prostitution and  I don't know how to break this to you, but that's already a thing.

You ever see these ladies?

That's what they're doing. They're getting cash redistributed to them in exchange for redistributing sex to some sad loser. It's a valuable public service and it goes on in every town in the world. This isn't an idea you invented.


Strikingly, there seems to be little overlap between those who express concern about income and sex inequality.

Strikingly, there seems to be little overlap between those who express concern about income and sex inequality. Among our cultural elites, the first concern is high status, and the later concern low status. For example, the article above seems not at all sympathetic to sex inequality concerns.

Yeah! Imagine that! Because one concern can literally be life and death, the other is a bunch of whiny little man-boys who think that it's completely unfair that women would rather date attractive men. Or smart men. Or men with decent personalities. Or men who don't live in their moms' basements. Or men who don't have facial hair that belongs in Whoville. 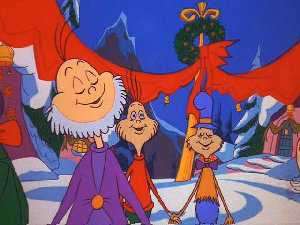 Or even men who are not under the impression that a certain amount of hours put in as a "nice" guy entitles them to vagina access.

Okay, I seem to have gotten a bit off-track. Where was I going with this?

I assume that Professor Robin Hanson probably doesn't really agree with the "incels" about sex re-distribution. Although, he is someone who looks like this:


so I could see where he might feel a certain kinship with them. But that's not the point.

The point is, we have to stop humoring these kind of people. We have to stop pretending that people like this might have some kind of point. We for some reason decided to humor the gun nuts post-Brady Bill, telling ourselves that maybe they had legitimate concerns and not to dismiss their feelings out of hand and now we have a bunch of Dale Gribbels strutting around Target stores with assault rifles and gun massacres are just a part of the fabric of everyday life in the good ol' USA.

We* decided to humor the Teabaggers. We decided to pretend that they were just concerned about government overreach and taxation rates, and sure they might be a bit misguided and misinformed and racist as hell, but that doesn't mean they don't deserve to air their grievances in public. Now we have King Birther in the White House steadily dismantling every positive aspect of out Federal system.

This shit needs to stop. When you have maladjusted men who think that a reasonable response to being turned down for a date is to murder a bunch of women, the last thing we need is a tenured professor putting a pseudo-academic spin on their rage and trying to make it seem as if they might have some sort of point. Remember during the GW Bush administration, when everybody was worried that any word coming out of a Democrat's mouth was going to "embolden the enemy?" Robin Hanson is emboldening the enemy. And this shit needs to stop. Now.

*and by "we," I mean American society in general, not you and I, dear reader.