America is done because this is a thing that can actually occur in this country now:

An actual paid spokeswoman for an actual United States Senate candidate, a candidate with an actual good chance of winning, mind you, can actually go on an actual news program and say this:


Discussing the multiple allegations against Moore, Jane Porter told CNN’s Poppy Harlow “we need to make it clear, there’s a group of non-accusers, that have not accused the judge of anything illegal.”

I thought the defenders of Roy Moore had hit the bottom of the barrel when that minister guy said that while Moore was in Vietnam all the women his age got married to other fellas, so what was he gonna do, NOT feel up a middle-schooler?


“All of the ladies, or many of the ladies that he possibly could have married, were not available then, they were already married, maybe, somewhere,” said Benham.
This meant Moore had to look “in a different direction,” said Benham
“He did that because there is something about a purity of a young woman, there is something that is good, that’s true, that’s straight and he looked for that,” Benham said.

Ohhh my God, that is so horrible! Ohhhhh, I don't even want to think about it. These young ladies are so good and pure and innocent - what 34-year-old man wouldn't want to stick his dick in them?

But anyway, I thought that was the bottom of the barrel until this lady comes out with the "what about all the girls he didn't molest?" defense.

Hey, what about all the banks we didn't rob, hmm? Case dismissed, am I right?

I mean, America is just done. There's no coming back from this.

America is also done because an actual woman could actually write this in 2017 and get it published on a reputable site (at least it used to be.) 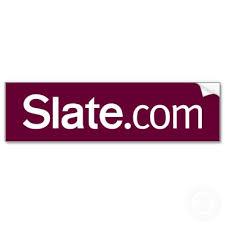 The Upside of Office Flirtation?


Okay, so there's not necessarily anything wrong with "office flirtation." If Bob from IT flirts with Susan from accounts payable, there's probably nothing wrong with that. As long as they're peers and as long as Susan doesn't tell Bob to get lost.

When I was 23 years old, my boss would look down the gap at the waistband of my jeans when he walked past my desk. I was an entry-level fact-checker at my first magazine job, and he was an older and more powerful editor. My career, at the time, was in his hands. Once, when we had finished working on a story together, he suggested we get a drink to celebrate. It was a Friday night, and I remember feeling extremely nervous as we sat across from each other in a dark bar. He was flirting with me, I could tell. The next weekend, he asked me out again. A few days later, he kissed me on the steps of the West 4th subway station without first getting my consent. We’ve now been happily married for 14 years and have three children.

Okay, first of all, a creepy lech trying to sneak a peek at your butt crack is NOT "flirting." And a man who "holds your career in his hands" inviting you for a drink is NOT okay. Because you probably felt like you couldn't say "no," right? So it's really not fair, is it? What if this disturbing, lecherous ass-looker hadn't been your dream man? What if you had been, say, a normal person who found his actions repulsive? And you'd still probably feel obligated to go with him for that "celebratory" drink, right? And, being a normal person, you'd probably be creeped out the whole time, right? And then you'd have to decide whether it was worth continuing to work there if this lecher is going to be there every day leering at you and trying to get you to go out with him. And you'd have to think about what would happen if you report him - would they believe you? Would you be fired? I mean, seriously, nothing good comes from a boss asking his employee to go to a bar with him after hours.


If a younger woman asks an older and more professionally powerful man for job advice, and that man ends up hitting on the woman, is that on its own harassment?

Yeah. If she goes to this guy in a professional capacity and he turns that into an opportunity to try to get laid? And he's got all the power in that situation? Yeah, how would that not be harassment?


Is it always wrong when a man is attracted to a woman at work, and acts on that attraction?

Oh my God, seriously?
No, it is not wrong for a man to be attracted to a co-worker. It all depends on whether they are co-workers or one is the other's boss or outranks the other, and it depends on whether "acting on the attraction" consists of saying "hey, Susan, wanna go out this weekend?" or if you're Matt Lauer walking around the office with your dick out. And I think you know all this.
You know, this is the same bullshit I remember hearing from guys at work during the Clarence Thomas/Anita Hill hearings. "Oh, man, no one know what you can even say anymore." "You can't even give someone a compliment!"And sadly, I expect that kind of bullshit from guys, but from a lady person?

But really, maybe the main reason that America is finished is because of shit like this:

White people are starting to feel oppressed and have started a movement called "It's OK to be White." https://t.co/1UeQ1WkbGf pic.twitter.com/Qj6zUa2VOu
— The Root (@TheRoot) December 3, 2017


When there is a large percentage of Americans who believe shit like "white people are being oppressed," there's just no future for a country like that. And frankly, no future is deserved.
a
Posted by Professor Chaos at 8:43 PM 4 comments: