This is just pathetic! Are Hannity and co. completely out of straws at which to grasp? How desperate would you have to be to criticize the man's choice of condiments?


And what kind of inbred troglodyte thinks that spicy mustard is some kind of fancy-schmancy luxury item? They have spicy mustard at the fucking ballpark, you idiot! Can you really find nothing legitimate for which to criticize him? He must have made some policy error by now. Is this really what you want to latch on to? He likes mustard on his burger! And doesn't care for ketchup! My God! the man must be some sort of effete aristocrat! Who else could have acquired a taste for a condiment which cost $2.89 at Publix!

I don't know which is more absurd, the fact that Hannity , Ingraham, et al are trying to pass dijon mustard off as some sort of decadent hedonistic indulgence, or the fact that they seem to think it matters. Look, you morons, it wouldn't make a goddamm bit of difference if he had ordered the white truffle burger with fucking caviar relish. He's either doing a good job or he isn't. If you think he's doing a poor job, then let's hear why! Let's not pretend that his mustard preference could possibly make the slightest fucking difference!


Oh, and not that it matters, but President Obama NEVER MENTIONED GREY POUPON!
Posted by Professor Chaos at 5:28 PM No comments: 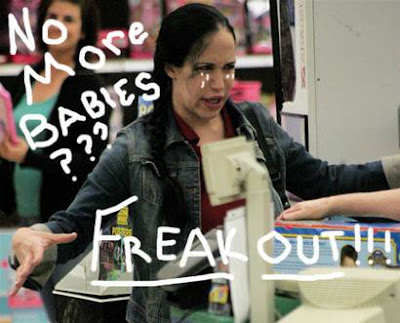 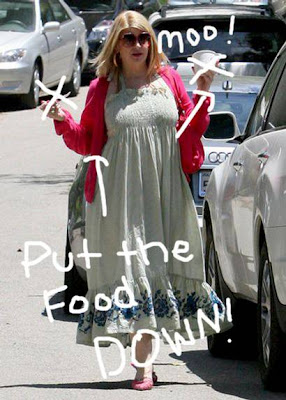 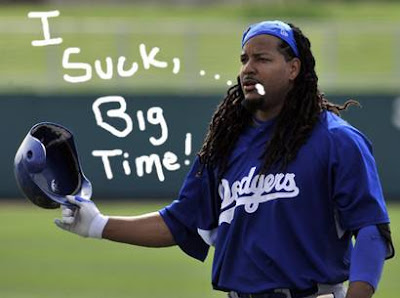 Is not amusing. Or cute. Or the least bit interesting.

How in the Hell is Perez Hilton famous?

Writing comments on photos with all the subtle wit of a learning-disabled 5th grader? That's what gets you celebrity status these days?

Maybe his commentary is a bit more scintillating. let's look at what was under the picture of Kirstie Alley.

We mentioned earlier that Kirstie Alley is fat…well, fatter, and she is hoping to get back onto the dieting wagon.

The Cheers alum might get a little help from pal and fellow spokeswoman of Jenny Craig, Valerie Bertinelli.

When asked about her fellow dieter and her recent bikini pics, Kirstie cited her as being "stunning" and "inspiring". She even told People:

"It’s like the student surpassed the teacher, who is now over there in the corner, fat!”

But Bertinelli to the rescue! She wants very much to help Kirstie return to her former weight. She tells People:

"She should come work out with me! She should remember you can't do everything in one day [and] her exercise has to be consistent. She can do this. There's no doubt in my mind."

Somebody swoop in and get this reality show. It would be awesome!

Jeez! I had to grind up and snort No-Doz to stay awake through that. Who the hell reads this guy?

Wanna see how it's done? Check out The Superficial: 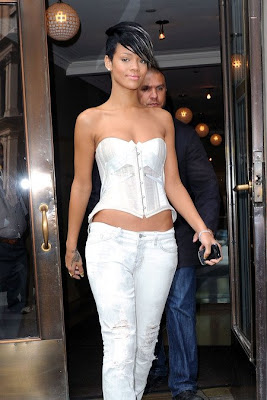 No wonder Rihanna fled the West Coast. Chris Brown's lawyer Mark Geragos filed his motion yesterday seeking internal LAPD documents about the leaked photo of a battered Rihanna. He hopes to prove misconduct by the LAPD and get Chris Brown's assault charges completely dropped. Radar Online reports:
( there follows an excerpt from Geragos' press release, then comes the joke)

For brevity's sake, let me sum up the most important part of this post: Rihanna's cleavage. Some stuff might have just happened about Chris Brown's high-priced lawyer getting another celebrity off the hook, but seriously, look at that outfit. I'm a journalist, so trust me, that's the real story here. Wolf Blitzer is stroking his beard in agreement.

Here's another entry about the Lohan sisters:

While everyone famous and important (Including Brooke Shields somehow.) was invited to the Met Gala Monday night, Lindsay Lohan was quarantined to the "Haute & Bothered" launch party which she felt was the proper venue to make out with her little sister. Why not? But, apparently, that's just the tip of the psychological iceberg of how Lindsay is ruining Ali. NY Daily News reports:

(excerpt from NY Daily News interview with some quack shrink)

I'm no psychologist, but ultimately, isn't Lindsay keeping Ali from their mom Dina? I'm trying to figure out how that's a bad thing, but all I end up doing is spraying the interns with champagne. Don't get me wrong, Ali will be snorting dump trucks full of blow and doing porn with Lindsay by 18, but that's at least a good three, maybe even five, years later than Dina's plan. You gotta accentuate the positive here.
See? It's funny. Fun-Nee! Get it? So how is Perez famous and whoever writes the Superficial is not? How is that possible? I'm going to bed now. Righteous anger really takes it out of you.
Posted by Professor Chaos at 4:53 PM No comments: