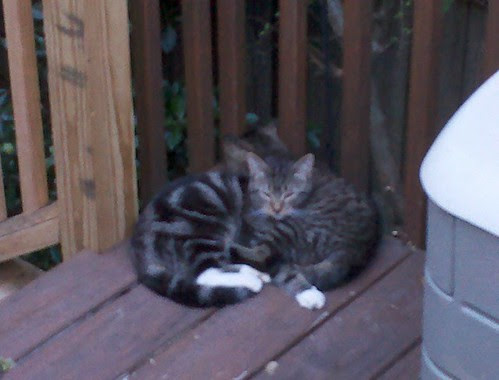 Sunday afternoon, two kittens dropped by and decided to take up residence on our back deck. They had no collars, so we thought they might be strays and we gave them food and water and played with them. Soon, they had proven their mettle and we invited them to become permanent members of Team Chaos. Naturally, they accepted eagerly.

Well, as it turns out, they already had humans, the couple who just moved in across the street. 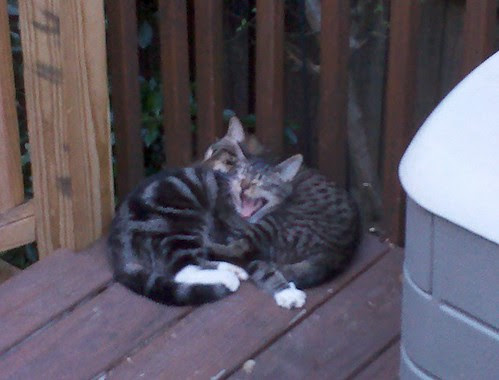 But they still wanted to be part-time Team Chaos members. 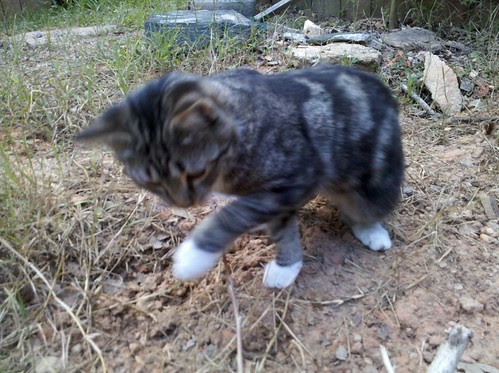 This is Guiseppe. We did not give him that name, he came with it. We'll have to come up with a really cool code name for him. 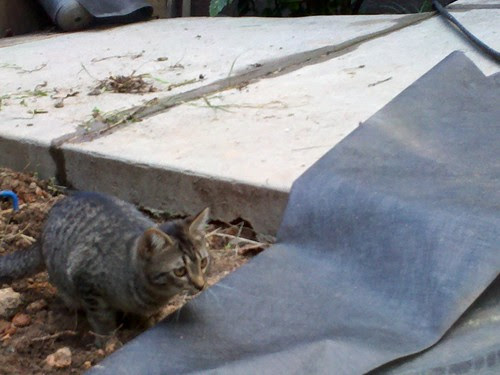 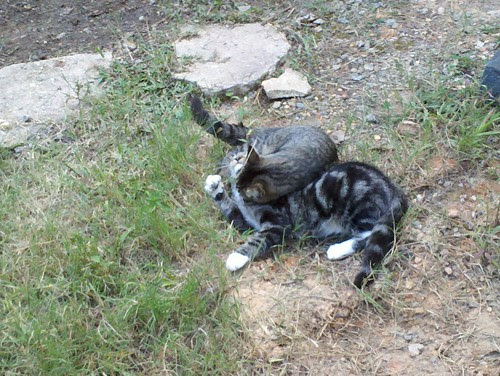 Zizou is definitely the Alpha brother. 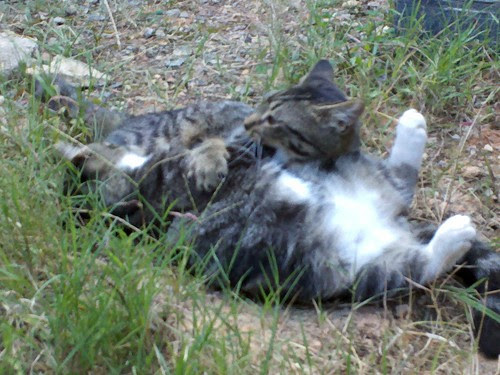 And the more active. 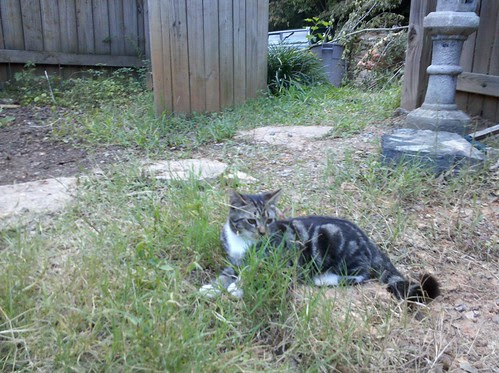 Whereas Guiseppe is more apt to sit still long enough to have his photo taken.
This may prove to be a liability if he is sent deep undercover. We'll work on it. 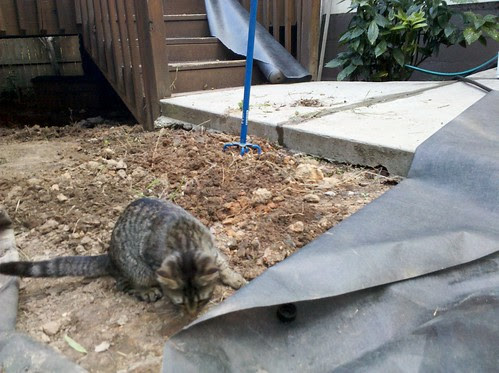 Zizou is never still for long, he's always exploring his surroundings, looking for something to chase. He should become a skilled assassin. 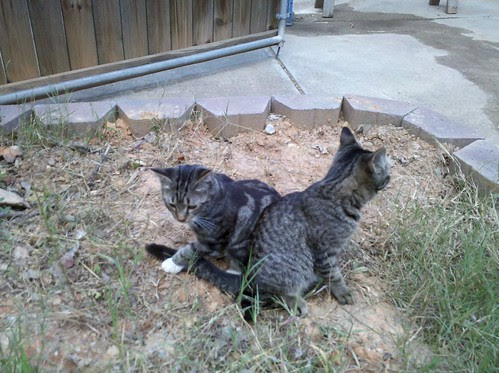 They may look harmless, but I assure you, they are preparing to spread Chaos throughout Northwest Atlanta.


What, were you sick of Florida and Arizona getting all the credit for right-wing insanity?


Now, I have no idea why Public Policy Polling would ask such a weird question, but they asked Ohioans Who was more responsible for the death of Osama bin Laden, President Obama or Mitt Romney? I could understand if they asked Obama or Bush, since a lot of conservative pundits have been trying to make the case that George W. Bush's "who cares about bin Laden" policy somehow laid the groundwork for the "fuck it, let's just shoot the SOB" Navy SEALS operation, but Romney? Even Romney hasn't had the balls to try to take credit for that one. The Auto bailout? Sure, he'll take a lot of credit for the success of the policy that he opposed, but shooting bin Laden in his fucking ass-face?

But for some wacky reason, maybe comic relief?, they did ask that question, and apparently, 15% of Ohioans who describe themselves as "Very Conservative" answered "Mitt." Really. You can see the whole poll here: http://www.publicpolicypolling.com/pdf/2011/PPP_Release_OH_9912.pdf

And you might think maybe those 15% were just being smart-alecs or whatever, but 51% of "Very Conservative" and 53% of "somewhat conservative" respondents answered "not sure." Apparently, half of the conservatives on Ohio are at least in touch with reality enough to realize that Romney had nothing to do with the death of bin Laden, but just can't bring themselves to admit that maybe President Obama might just deserve even the tiniest bit of credit. Even if he only deserves say, 0.00001% of the credit, that would be more than Mittens' 0.0%, so to say that you're not sure would seem to imply that you can't even bring yourself to give even the most marginal amount of credit to the Prez.

So what else do Ohio conservatives believe Mitt Romney deserves credit for?

I think it's a crime that Mitt Romney wasn't named MVP of last year's Superbowl!

Mitt Romney is too humble to accept the credit for this hat design.

How Shakespeare in Love beat out Mitt Romney for Best Picture in 1998 I'll never know!

It makes me want to cry, thinking of how Mitt Romney has never been awarded
a single purple heart!

I'm going to Heaven because Mitt Romney sent his only son to Earth to die for our sins.