Something is seriously wrong with this woman. Besides the obvious. Besides the fact that she is an under-informed, unintelligent airhead who has always gotten by on looks and charm. Something is seriously wrong. Because I think she really believes a lot of what she says. When she says that, for instance, Katie Couric asking her the same kinds of questions asked of every candidate is unfair "gotcha" journalism. I think she believes it.
When she says that the ethics complaints lodged against her are frivolous and the "politics of personal destruction," I think she believes it. And when she says she quit her job as governor to answer a "higher calling" I think she might even believe that.

I think the scariest thing about Sarah Palin is that she seems to think that everyone is out to get her and that she's always being treated unfairly, and poor little me, waah waah waah! At least two of the ethics complaints lodged against her stood up. She had to pay back some money that she used to bring her children along on business trips, and the ethics comittee did find that she abused her position in the "troopergate" mess. But Palin claims with a straight face that she has been cleared of all ethics charges and that they were all just frivolous attacks on her.


She seems to truly believe that she is being held to an unfair double standard. This is what she posted on Facebook re: her resignation:

"How sad that Washington and the media will never understand; it's about country. . . And though it's honorable for countless others to leave their positions for a higher calling and without finishing a term, of course we know by now, for some reason a different standard applies for the decisions I make."

In an interview with the Anchorage Daily News, she stated:

"With Sean in the governor's seat, it won't be the politics of personal destruction,
I don't believe,"
Which would seem to indicate that she thinks that "they" were after her personally, and won't go after the new governor because he isn't her. That seems like paranoia. 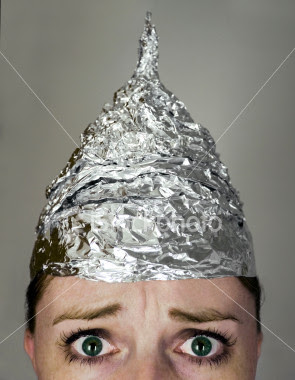 ". . . my family and I determined after prayerful consideration that sacrificing my title helps Alaska most,''
I can't tell if she really believes that she is "sacrificing" for the benefit of Alaska, or if she just thinks that the people who are reading her posts are gullible enough to believe it.

She sounds like she has a martyr complex. I imagine Todd trying to dissuade her from quitting, and Sarah shouting "Get thee behind me, Satan!"

She is still talking about running for president in 2012, and here's what she sees as one advantage of the Presidency:

"I think on a national level, your Department of Law there in the White House would look at some of the things that we've been charged with and automatically throw them out."

Of course, there is no such thing as the "Department of Law," but putting that aside, in this one sentence she a) refers to herself as "we" [which she apparently does a lot] b) restates her belief that the charges against her are all frivolous personal attacks, and c) shows her complete ignorance of the workings of the Federal Government.

Geez, there's so much more. She tells baldfaced, easily verifiable lies (bridge to nowhere, Alaskan Independence Party). She can't even keep her story straight about why she's quitting. Just in her Facebook explanation, she starts out saying it's "about country," then says that it's what's best for Alaska, then that it's for her family, and that she's answering a "higher calling."

And for someone who is supposedly quitting to answer a higher calling, this is a strange thing to say:

"I can't predict the next fish run much less what's going to happen in a few years," she told the Daily News. "I don't know what I'm going to do. I'm going to keep working hard for Alaska."

If you're going to have delusions of grandeur, they should probably be more specific. If you're going to claim to have heard a higher calling, shouldn't you know what that calling is? You can't just say "all options are on the table" and "I don't know what doors will be open or closed by then. We can't predict the next fish run, much less what's going to happen in 2012." And claim that you're answering some higher calling.

Apparently, a lot of folks are speculating that Ms. Palin is afflicted with Narcissistic Personality Disorder. http://www.huffingtonpost.com/archive/236/blog/w/sybil_adelman_sage/diagnosing_sarah_palin_9582.html

It could just be that she's both stupid and crazy, a condition which I believe the DSM III refers to as "Stuzy"

Yes, that's it. Sarah Palin is stuzy. Feel free to drop that word into conversation.

I Love This Headline


This is the headline from Yahoo News:

Breaks her silence! She managed to remain silent for, what, 48 hours? Although for her, that might be a record.
Posted by Professor Chaos at 4:42 PM No comments: