Here's everything wrong with today's Democratic Party in One Headline


‘He is not going to be the nominee’:

And no, this is not going to be a "they better nominate Bernie or else" post.  I am a Sanders fan, but I am not a "Bernie or bust" guy at all. Especially this time around with him pushing 80. I may go for Elizabeth Warren this year, or maybe someone whose hat has yet to be thrown into the ring. I don't know. I still think he has the best platform, but. . .anyway, let's not get sidetracked. Back to the problem with today's Dem Party:

‘He is not going to be the nominee’: Dems slam Sanders over Maduro stance
The just-announced 2020 contender declines to say whether the socialist Venezuelan dictator should go.

So. . . Florida Democrats are angry that Sanders won't repeat the lie coming from the right? Nicolas Maduro is NOT a dictator. I don't know whether he's a good presidente' or a bad presidente'. Maybe he's the worst presidente' south of D.C. I don't know and itdoesn't matter, because Nicolas Maduro was duly elected by the citizens of Venezuela. in 2013.A lot of people like to claim that there was something shady about that election, but as the Guardian newspaper reported at the time:


No proof of the supposed irregularities has been offered. Outside observers have previously declared Venezuela's voting system, which incorporates both an electronic ballot and a hard copy, to be among the best in the world.


Taking the oppositon's claims of fraud seriously is tantamount to believing Trump's claims of 6 million illegal votes cast in 2016.

Maduro was re-elected just last year in an election boycotted by the opposition party who then claimed, again, electoral fraud. It's b.s.  They boycotted because they knew they were going to lose.

are angry at Bernie Sanders - and openly promising that he will not be the nominee which seems pretty shady in and of itself - because why, exactly?

Both of Sanders’ positions play into the hands of President Trump and the GOP, say Democrats. The president just held a rally in Miami on Monday to denounce Maduro and socialism, an appeal to the state’s growing block of Venezuelan-American voters.

Oh, of course! Because they're afraid they might offend the voters who attend Trump ralliies! Oh, you definitely wouldn't want to alienate the MAGAts!  This time around, they're sure to vote for whomever the Democratic nominee is going to be, as long as we make nice with them and play to their biases and prejudices and general ignorance of the world around them!

Sanders also would not say whether he considered Venezuela’s assembly leader, Juan Guaidó, as the nation’s interim president, which is the position of the United States

Okay, see now here I do have a problem with Sanders, because he should have stated unequivocally that Juan Guaid' is NOT the interim president of Venezuela. He just declared himself to be the new president because he doesn't like the job Maduro is doing. This would be like Nancy Pelosi holding a press conference and saying "look, we all know Trump is lousy at this job, so I'm President now."
And, while we all might go "damn, I WISH Nancy Pelosi was the new president," we would all have to say "no, Ma'am, you're not. We have laws in this country, and people don't just get to declare themselves President."

Now imagine that Pelosi did this and a bunch of other countries started saying "Yup, Pelosi's President now!" and demanding that Trump remove himself from the White House. I mean, we all want Trump to leave the White House, but not like that.

And Pelosi would actually have a better case than Guaido', because a: Trump actually is unpopular, and b: you want to talk about election "irregularities?" Hoo boy!

Nicolas Maduro is not as unpopular a presidente' as they have tried to lead us to believe.


I don't know how popular he actually is. I don't know where you would find any reliable polling. From what I understand, he is extremely unpopular amongst the upper class white Venezuelans and very popular amongst Los Indios y Los Negros. Much like Hugo Chavez. And remember when the military coup briefly overthrew Chavez and the US immediately recognized the "new government" nad acted like a dictator had been overthrown? And then the people from the countryside poured into Caracas and DEMANDED that Chavez be re-nstated? Any time the US government refers to a foreign leader as a "dictator" or "strongman," take that with many grains of salt. It generally means he's too far left for their tastes and is sitting on oil.


Sanders did not embrace Maduro in his Tuesday interview with Univision’s Jorge Ramos, who quickly touched on Guaidó being declared the interim president of Venezuela by the nation’s National Assembly following Maduro’s questionable election.
But when he was asked whether he recognized Guaidó as the legitimate leader of the country, Sanders answered, “No.”

Oh. So he did say no. Why were they just saying that he " would not say" whether her recognized Guaido'? 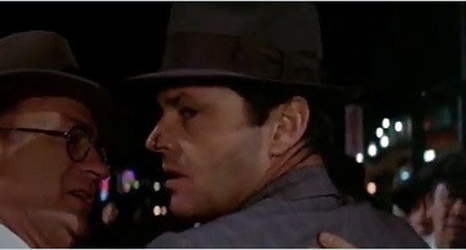 Is Maduro a good or bad president? It's none of our business.
Is Venezuela's economy a mess?
Yeah, kind of. Mainly because the price of oil dropped and then the US put economic sanctions on Venezuela, holding millions of $ owed to Citgo and the Venezuelan oil company in frozen accounts. But no matter how their economy is doing, We. Have. No. Right. To . Interfere. In. The. Affairs. Of. State. Of. Another. Country. I guess Sanders is the only candidate who realizes this, so of course the DNC/DLC types are angry at him! Because the mainstream Democrats' foreign policy philosophy is generally indistinguishable from the right-wing hawks, except they cloak US Empire-building in "humanitarian" terms.

If you've got 20 minutes, here's a pretty good report on the reality of the situation in Venezuela. If you don't have time, a couple of key points:

1: Opposition media is alive and well in Venezuela, there are plenty of anti-Maduro newspapers sold openly at newsstands in Caracas.

2: People are not starving, not eating their pets, not eating rats. The supermarket shelves are full of food. There are shortages of certain specific items, like flour, but there is plenty of food available.

This is the dumbest rabbit hole I have ever been down.

Somehow, this Tweet showed up in my Twitter notifications as if it were a reply to one of my tweets. I have yet to figure out to what this is replying.

So, being a normal person, I naturally respomded

And immediately got this response:

So I clicked on it and began to read because I'm more curious than I am smart. IAlmost right away I had a question:


And I immediately got this response which I assume was translated from English into Japanese then back into English then into Esperanto and then had the William S. Burroughs cut-up method applied to it:

Phonics deception is a huge part of the big picture of the deception on all Humanity- BAR has many meanings, it's all about the sounds- the BAR uses LEGALese to confuse and entrap, EVERYTHING is based on the LEGAL system deception and everyone's caught in trap using legal names.
— #jarnti dowe (@JarntiDowe) February 16, 2019


This did not answer my question. So I clarified:


But when you say someone is or is not a BAR member, what do the letters BAR stand for?
— Professor Chaos (@akaProfessorCha) February 16, 2019


No response. I don't know if I pissed this person off or maybe Nurse Ratched took their phone away, but I still didn't know what B.A. R. stood for.

So, because I never learn, I headed to the Google.

Typing "What is B.A.R." into Google was not at all edifying. There are plenty of articles about the Barr association, cocktail bars, barometric pressure and Browning Automatic Rifles, but I don't think any of them had any information on why a legal name would be illegal. So, I went back to the original link.

That took me to some sort of legal document written by a "Kate of . . . Kaea?" I would swear that the last time I looked, she was calling herself "Kate of Gaia."

Oh, but that will actually make sense in a minute. I mean, not "sense." It won't make "sense" as you and I understand the word "sense," but it will be, let's say, "unsurprising" that Kate would have changed her name in the last 48 hours.

For those of you who didn't take Latin in high school, Clausula rebus sic stantibus (Latin for "things thus standing"), in public international law, is the legal doctrine allowing for a treaty to become inapplicable because of a fundamental change of circumstances. (Wikipedia)


Now, I did NOT go to law school, but I have seen a bunch of Law and Orders so I think I'm qualified to say that this is probably not the most advisable way to begin a legal document:

Huh?
I mean, you had me at ATTENTION," but after that you kinda lost me.

Okay, so I've looked into this a bit, and it seems that a lot of Kate-of-wherever's philosophy revolves around the fact that words can be spelled phonetically and there are homonyms in the English language, and that leads to something called "phonics deception" which, as you might have guessed, hands your child over to Satan.

Well, it's a bit tricky. I found a blog that Kate has where she gives a nice tidy explanation - - Just kidding, it's goddamm gibberish!

by kate of kaia

Let's skip past her "explanation" of what the term "fraud" means and get to the  Satan part.


When pair-ents (two minds) or payer-rents choose to REGISTER their children, they are LITERALLY trading off the life source of the being that is SUCKED into that body in this reality for the whore of Baby-loans LEGAL NAME dead child, in essence, ADOPTING Satan’s child in LLEU of heaven’s child. The Laws-R-us effect, raising the dead NAME DEMON and razing the living consciousness you THINK of as YOU and every other human being as well as all sentient life in this reality. In short, YOU offer up your living child as a sacrifice to Satan while your living child commits sign after sign (sin upon sin) and ADOPT the dead LEGAL DEMON literally breathing life into evil with every creation thenceforth.

Well, sure. that makes perfect sense! I mean, a couple goes to the hospital, the baby is born, the parents (Which is a word that sounds sorta like "pay-rents" - makes you think, eh?) give a name for the birth certificate, and then go home with a changeling because. . . um. . .

Now, ordinarily I would just think "oh, that's sad. this lady is nuts," but something weird is happening. According to the website "Lowering the Bar," there seems to be some money behind this. . . I don't want to say "movement," but. . . this "idea?"

As BBC reporter Jon Kelly wrote the other day, billboards like the one above have been popping up all over the UK. They are getting a lot of publicity, which is what billboards are supposed to do, but in this case nobody’s sure what the publicity is for, or exactly who is paying to get it or why. Or what it even means.

And it seems that Kate-of-Goya or whatever isn't the only one trying this legal, um, "strategy."


Believe it or not, the plaintiff who filed this is complaining about somebody else's grammar:

Anyway, I'm sure there is much much farther to go down this particular rabbit hole, but I'm done. This is just too stupid, it's not even entertaining anymore.