It's time for C-PAC again!

Time for the paranoid, the hateful, the dishonest and the just plain crazy to convene for their annual idiocy-fest!

Party like it's 1799!
If you wanted a glimpse into the alternate universe in which the righties live, this is the place for you! Here, for example is someone who ought to be a reasonable, responsible person, Mitch McConnell:

"You all know the liberal playbook. Here's how it works: Pick a target, freeze it, personalize it and then polarize it. But rarely have we seen those kind of tactics employed with the kind of zeal that we see today. The White House and it's lieutenants have made an art form out of the orchestrated attack. ... You know the drill. Expose the folks to public view, release the liberal thugs on them, and then hope the public pressure or the unwanted attention scares them from supporting similar causes down the road."

And picking a target, personalizing it and polarizing? That's the Andrew Breitbart playbook.

. . .the real "racial bias" is on the part of the Obama Adminstration—it is using raw power to extort rent out of a corporate victim and redistribute it to favored racial groups.

By Peter Brimelow on July 27, 2011 at 8:00pm
Well, you didn’t read that headline, although Wu (D-Ore) has indeed resigned after some sort of interaction with the 18-year old [i.e. legal] daughter of a donor. And he is indeed an immigrant, born in Taiwan in 1955 and coming to the U.S. with his parents in 1961.

By Peter Brimelow on July 10, 2011 at 1:09pm
The plain fact is that a significant section of American intellectuals (including the semi-skilled sort who now staff labor unions) have simply lost interest in the working class, or more precisely in the working class as a path to power and ethnic dominance. Their current plan: elect a new people through non-traditional immigration.

Another person who should theoretically be a responsible adult, Rep. Steve King, defends the inclusion of  Brimelow:

Washington, D.C. -- Iowa congressman Steve King is unconcerned about the implications of his appearance during a CPAC panel on "The Failure of Multiculturalism" featuring a white nationalist author, Peter Brimelow.
"I don't know anything about that," King, who came to the event to talk about his English Language Unity Act, told BuzzFeed -- though he'd earlier told Brimelow that "I've read all your books!"

And CPAC is just getting started. Way more horrible ugly insanity to come!
Posted by Professor Chaos at 8:22 PM No comments:

. . .The Democratic proposal would allow unemployed people to receive a maximum 93 weeks of benefits in states with the highest jobless rates, rather than the 99 weeks permitted now. Republicans want to cut 20 weeks from the maximum benefit

Have we seriously gotten to the point where the only debate is over how much to screw the long-term unemployed?  Yes. Yes we have.

Hey, Democrats, Republicans, Fuck you both!
Posted by Professor Chaos at 6:41 PM No comments:

Thanks to these two products, I may never sleep again. 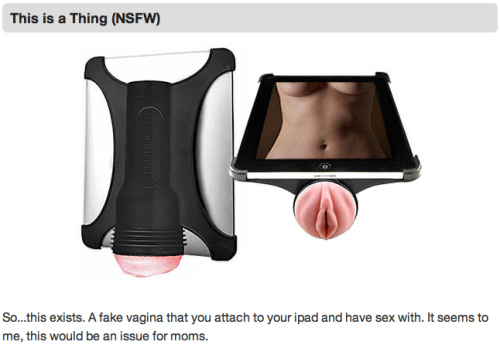