Speaking about Trump's performance in debate #2.

"The key point is when he said he would appoint an independent prosecutor… I think Trump crossed into being a historic figure by saying, you know, we have so much corruption in this administration,” Gingrich told radio host John Gibson
(via:https://www.buzzfeed.com/nathanielmeyersohn/newt-gingrich-trump-crossed-into-being-a-historic-figure-at?utm_term=.ldAGOM4rD#.dplyWv5Ll)

“Trump has said some things that are very vile back when he was supporting people like Bill Clinton. But if you’re Bill Clinton’s big buddy like he was at one time, you’re going to talk like Bill Clinton. And I think we need to forgive him for talking like big Democrats like Clinton and other foulmouthed people.”

Okay, first of all, it's not about his language. It's about his having committed sexual assault.
But secondly, I'm not sure this is really the selling point you think it is. You're saying that Trump is so succeptible to peer pressure -- AS A 59-YEAR-OLD MAN! -- that he completely lost his moral bearings by dint of having hung out with Bill Clinton? What's going to happen when he spends a week at Camp David with Putin? "Well, ol' Vladimir poured me a bunch of really primo vodka and long story short, we're gonna help him take back Lithuania!"

Now he’s a Republican. James Dobson tells me he’s become a Christian. And so, look, we forgive him for the past because he’s asked for it.”

You know, just like how Hillary Clinton can never be forgiven for the things her husband may have done 20-odd years ago!

(Also, no. He has famously never asked for forgiveness.) 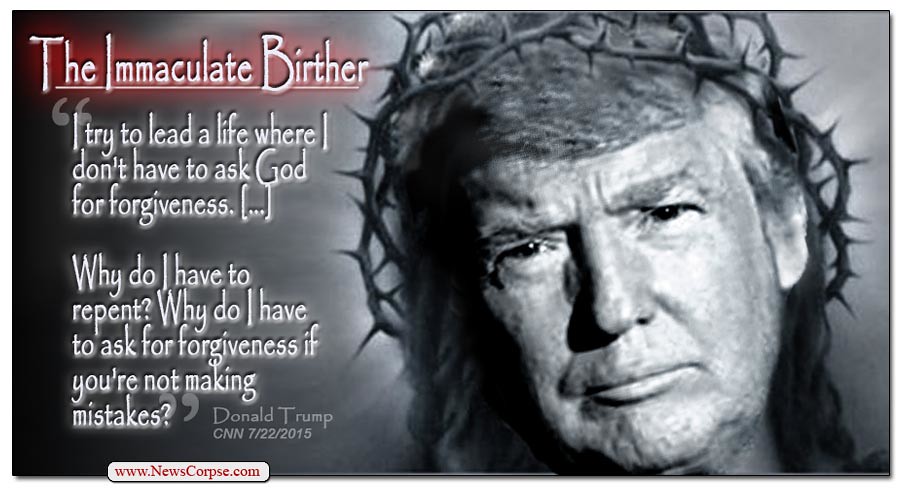 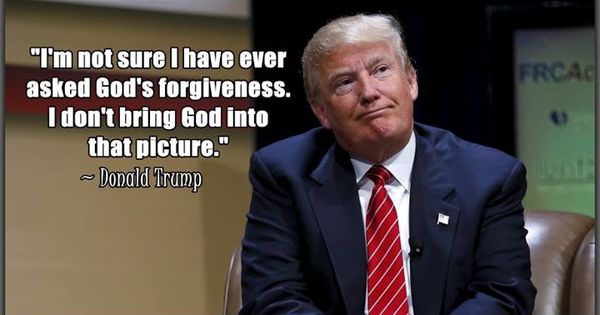 DR. BEN CARSON: Call it whatever you need to call it to make it feel good to you. But the fact of the matter is, I've been in lots of place growing up and listening to people tell great tales of sexual conquest. It is an immature thing to do

HE WAS FIFTY-FUCKING-NINE YEARS OLD!!!!

Also, it's not about the words. It's about the crimes.
And walking up to strange women, force-kissing them and grabbing their genitalia is NOT a "sexual conquest." It is sexual assault.


Jeezus! I've been in locker rooms. I played sports in high school. I've heard my share of locker-room ribaldry. I never once heard anyone bragging about having committed a sex crime.

KEILAR: So you've heard people talking about this?

CARSON: Of course. Are you kidding me?

CARSON: I -- As I was growing up, people were always trying to talk about their sexual conquests, trying to make themselves appear like a cassanova. I'm surprised you haven't heard that, I really am.


Do you have any idea who Cassanova was? Okay, I don't really either, but I'm pretty sure he didn't go around crotch-grabbing strange women. Being a repeat sex offender is nothing at all like being the "world's greatest lover" or "seducer of women" or whatever you think pof when you picture Cassanova.

Really? This guy? This was the guy who slept with so many women? Okay.