Is anyone surprised?
After a year or more of right-wingers vilifying the Black Lives Matter movement, calling it "anti-white," "anti-cop," "pro-cop-murder," etc. Is anyone surprised that a couple of scumbag white supremacists opened fire on #BLM protestors in Minnesota?


I mean, look at this shit: 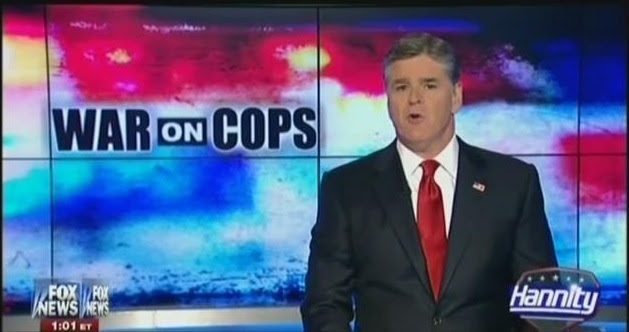 How much of this kind of shit can you feed to people who are already paranoid, full of misguided anger and heavily armed before you can expect some of them to go out and commit this kind of terrorism. And yes, this was terrorism. Absolutely. This wasn't intended only to kill and/or wound certain particular people at this particular site. This was also intended to frighten (ie, terrify) other #BLM activists into standing down. That's pretty much the definition of terrorism, although no one in the media will call it that. Because the shooters didn't shout "Allahu Akbar!" before firing.

You know, when they first started this anti-BLM, "war on cops" rhetoric, I thought "oh, shit, they're going to get someone killed." And it's only sheer dumb luck and bad aim that prevented deaths at the Minnesota protest. And they don't care. There is zero chance that any of these FOXies will tone down their rhetoric, or choose their words more carefully or stop spewing race-baiting bullshit. They didn't change a damn thing after O'Reilly inspired one of his followers to murder Dr. George Tiller. They didn't change anything after one of Glenn Beck's disciples was arrested on his way to shoot up the Tides Foundation. Even after he said he was inspired by Beck. Or when some asshole shot up a Unitarioan Church and said he was inspired by Bernie Gioldberg's book about "people who are screwing up America" and wanted to kill as many liberals as he could.

So, no, they won't take any responsibility or blame. Hell, in private they may even take credit.But they will keep stirring up the loonies. And then step back and watch the violence they've inspired. And not feel a twinge of guilt. Because they're sociopaths.
Posted by Professor Chaos at 8:39 PM 4 comments:

Ridiculous headline of the day


Ted Cruz has always had a master plan. Now it could win him the White House.

Ahahahahah! A "prodigy?" Ahahahaha!!
A prodigy?
Mozart was a prodigy.
Ted Cruz is fourty-five years old! It's too late to be a prodigy!
Also, a "prodigy" would not be best known for reading a children's book on the Senate floor and misunderstanding it! 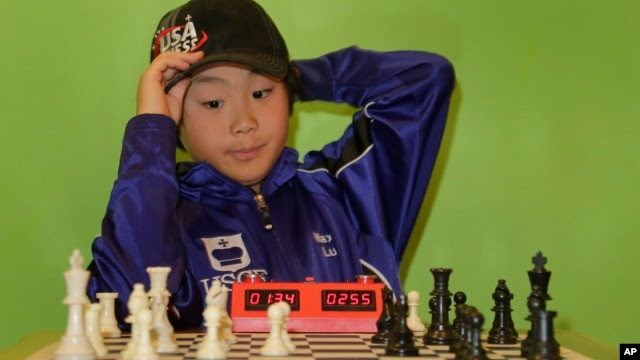 Maximillian Lu adjusts his cap as he toys with a chess set during an interview, Nov. 16, 2015, in Armonk, N.Y. The 10-year-old recently became the youngest chess master ever in the United States.


But suddenly it seems that Cruz is running what even Dan Pfeiffer, a former top aide to President Obama, concedes is “the best campaign on the other side.”

Dan Pfeiffer. The only man in America who considers running in fourth place behind three lunatics to be running "the best campaign."

He has raised more money than any Republican other than Jeb Bush and more non-PAC money than any other Republican, period; he also has more cash on hand than any of his GOP rivals. He was the first candidate to recruit chairmen in all 171 counties in Iowa, New Hampshire, South Carolina and Nevada.


Yes. And he is in fourth place. And he's, what, about fifteen points behind a complete political neophyte with a bad comb-over a string of bankruptcies?

And from the start he has conspicuously refrained from criticizing frontrunner Donald Trump, choosing instead to position himself as Trump’s heir apparent, should the bombastic real estate mogul falter or fade, which Cruz has publicly predicted will happen.

Except it hasn't yet. I mean, God knows Trump has given the voters every reason to throw him overboard, with one ridiculous statement after another, but every time you thing "well, that's gonna have to cost him," he gets stronger. And Cruz just sits there waiting, waiting, waiting for the implosion that surely must be just over the next horizon, hoping that when the Trump pinata bursts, the votes will be scooped up by him and not Rubio, or Bush or Carson or Kasich or any of the other blindfolded children waiting for candy to fall on them from above. That's a hell of a strategy. What a prodigy!