Can't we have one nice thing?

God Is Dead. So Is the Office. These People Want to Save Both

Oaky. . . . first of all, how are you gonna save something that is already dead?
Also, you say God is dead, but irrespective of whether a god exists or not, do you have any idea how many people pack the churches on Sunday mornings? Not to mention the mosques, synagogues, temples etc. on the various days they hold services. It's been the conventional wisdom for the last few decades to say that religion is didappearing because all the major denominations are hemorrhaging members, but what no one ever seemed to take into account was the rise of the non-denominational mega-churches whose memberships tend to be in the thousands. And it's not just the Creflo Dollars and Kenneth Copelands of the world, just try to drive down Peachtree Street in Atlanta on a Sunday morning. You'll see why the intersection of Peachtree and West Wesley is referred to as "Jesus Junction."

The Cathedral of Christ the King, Second-Ponce de Leon Baptist Church and the Cathedral of St. Philip have Peachtree Road addresses and are all within a block of each other. Sunday usually draws about 20,000 people to the intersection of Peachtree and East Wesley roads and Andrews Drive.

(source)
This is just one block of one city, a city that also contains the 13,000 member Mount Paran Church, the Northpoint Community Church who see an average of 30,000 people attend services each week at its seven different metro Atlanta locations, the Word of Faith Family Worship Cathedral, which meets in a former Sam's Club building, etc etc etc.
So, I'm not really sure that "God" needs saving. Seems like he's doing just fine. He has what, like three different cable channels devoted soleley to seperating the faithful from their money? He's fine.
Aaaaaanyway. . . .
Let's see what this article is all about, shall we?

God Is Dead. So Is the Office. These People Want to Save Both 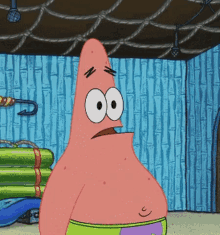 "Divinity Consultants."
That can not possibly be a thing.
Can it?
Please tell me that's not a real thing.
Also, who the Hell wants "sacred rituals" in their corporations?

In the beginning there was Covid-19, and the tribe of the white collars rent their garments, for their workdays were a formless void, and all their rituals were gone.

Okay, you're already veering off into fantasyland. You really think people miss going in to the office? You think people are working on their laptops in their homes thinking "I wish I had to put pants on and endure the asinine small-talk of my dull-witted co-workers?"

The adrift may yet find purpose, for a new corporate clergy has arisen to formalize the remote work life.

Yeah, that's what people want. They want their work-from-home experience to be more "formalized."

Any Divinity School graduate who enters into the fieled of  "ritual consulting" or "soul-centered advertising" should immediately have their degree revoked.
Imagine you were a professor of theology and you look up some of your former students on Facebook and you see oh, Bill Smith is preaching at First Baptist, good for him. And Mary Jones is teaching at St. Andrews. That's nice, she always did like kids. And John Weaselman is. . . bringing sacred ritual to the corporate boardroom? What the FU--- 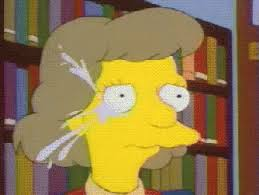 In simpler times, divinity schools sent their graduates out to lead congregations or conduct academic research. Now there is a more office-bound calling: the spiritual consultant. Those who have chosen this path have founded agencies — some for-profit, some not — with similar-sounding names: Sacred Design Lab, Ritual Design Lab, Ritualist. They blend the obscure language of the sacred with the also obscure language of management consulting to provide clients with a range of spiritually inflected services, from architecture to employee training to ritual design. 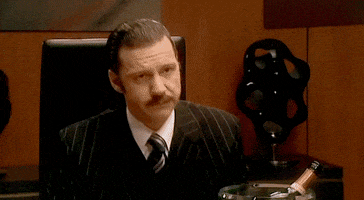 Their larger goal is to soften cruel capitalism, making space for the soul, and to encourage employees to ask if what they are doing is good in a higher sense.

Do you really waant your employees asking that? Because there is almost no one who could honestly answer "yes" to the question "is what you do in your non-to-five job 'good' in a higher sense?" Do you want half your staff to realize how meaningless their work really is and quit to go backpacking through Tibet or join the Peace Corps or something?

Having watched social justice get readily absorbed into corporate culture, they want to see if more American businesses are ready for faith.

Where on Earth do you get the idea that "social justice" has been "reradily absorbed" into corporate culture? Just because sensitivity training exists? Because companies a re worried about lawsuits so they have to teach their male employees not to comment on their female co-workers' bustlines or their white employees not to assume that new hire Jamal is the new janitor when he's the new regional vice president of sales? I'm sure some of the language of "social justice" has been co-opted by corporate America, so sure, there might be money to be made by helping companies co-opt spiritualism or rewligion or whatever.

“We’ve seen brands enter the political space,” said Casper ter Kuile, a co-founder of Sacred Design Lab. Citing a Vice report, he added: “The next white space in advertising and brands is spirituality.” 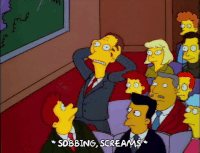 Spirituality is the next "white space" for "advertising and brands." Can't we have anything nice? Can't we have one single solitary aspect of our lives that isn't turned into a revenue stream by some rapacious ghouls?

Ezra Bookman founded Ritualist, which describes itself as “a boutique consultancy transforming companies and communities through the art of ritual,” last year in Brooklyn. He has come up with rituals for small firms for events like the successful completion of a project — or, if one fails, a funeral.

NO!
No, you do not have a fucking funeral for a business project. Funerals are for people. And sometimes for beloved pets. But fuck you, they are not for having lost the Schmenckman account.
And you sure as fuck don't need a ritual for the successful completion of a project either. You order pizza. You maybe hand out bonuses if you're that kind of company. You give everyone a pat on the back a hearty "well done" and a celebratory thumbs up. 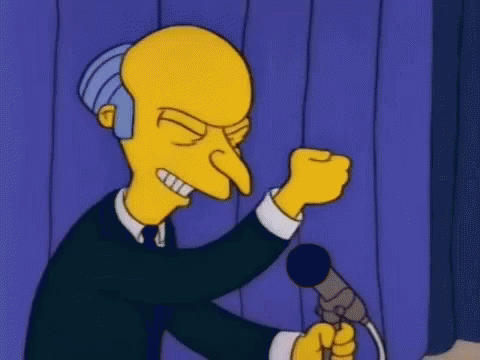 Companies have been doing this shit for years, no need to re-invent the wheel. Especially not by cheapening religious rituals.

“How do we help people process the grief when a project fails and help them to move on from it?” Mr. Bookman said.

Employees really should not be so personally invested in the company's projects. Most of us get paid the same whether the company meets its arbitrary goals or not. It's only natural to feel a bit disappointed if something you worked hard on fails, but if you need help processing grief and moving on from a failed sales pitch, you should seek professional help, not a creepy charlatan with a made-up ritual.

Messages on the start-up’s Instagram feed read like a kind of menu for companies who want to buy operational rites a la carte: “A ritual for purchasing your domain name (aka your little plot of virtual land up in the clouds).” 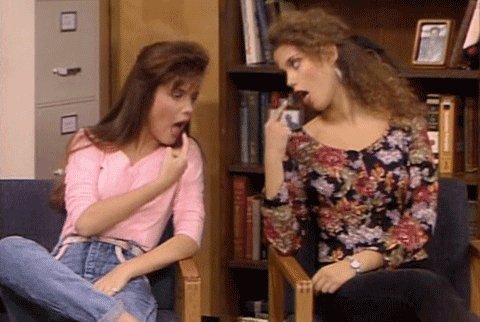 Why would you think you need a ritual to purchase a domain name? Don't you just . . . purchase one? I had a website briefly and I purchased a domain name and I did it without calling in a priest or rabbi or shaman. I just typed in the name I wanted and when it said it was taken, I typed in something else. It's not hard. Is rthere some kind of voodoo that this company can do to ensure you get your first choice? Because otherwise this seems like a pointless waste of everyone's time.

The sacred consultant trend might be led by the co-founders of Sacred Design Lab — Mr. ter Kuile [sic], Angie Thurston and Sue Phillips. They met at Harvard Divinity School, where they remain affiliated as inaugural Ministry Innovation Fellows, and founded their organization as a nonprofit in 2019.

Oh, a Harry Potter podcast! Oh well then you know he's a very serious person.
A guy who has that much time to dedicate to the discussion of a series of children's books is obviously someone whom you'd want to consult about important things like your spritual development!

Mr. ter Kuile [sic], who lives in Brooklyn and co-hosts a popular Harry Potter podcast, wrote a book on how to “transform common, everyday practices — yoga, reading, walking the dog — into sacred rituals.”

Yoga. Transforming yoga into a "sacred ritual." Didn't yoga begin as a sacred Hindu ritual?  Isn't that why fundamentalist Christians are so afraid of it? This is the worst kind of whitesplaining colonizer mentality I think I've seen since an Englishman said to my wife that yes, they had tea in India before the British arrived, but they didn't know how to drink it properly.

“The question we ask is: ‘How do you translate the ancient traditions that have given people access to meaning-making practices, but in a context that is not centered around the congregation?’” Mr. ter Kuile said.

The nonprofit says it has been thinking of sacred designs for companies like Pinterest, IDEO and the Obama Foundation.

Ms. Phillips doesn’t see corporations replacing organized religion — but, she said, she does see an opportunity for companies to bring people some of the meaning that they used to derive from churches, temples, mosques and the like.

You want to understand their passion and their longing? They passionately long not to be there. They long passionately to be home with their families, out with their friends
anywhere but in a god damn office.. And if they want a spiritual experience, they will go to church. Or they'll take up meditation or qi gong or study theology or philosophyor do anything other than participate in some sort of soul-crushing corporate ritual.

Evan Sharp, the co-founder of Pinterest, hired Sacred Design Lab to categorize all major religious practices and think of ways to apply them to the office. They made him a spreadsheet. 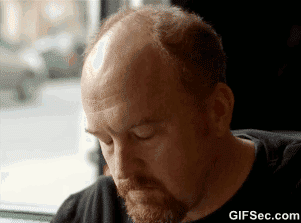 A spreadsheet.
They reduced all the religious traditions of the world into a spreadsheet.
Wow. Now that's a metaphor!

Workers have achieved measured success recently in pressuring employers to address systemic racism — some companies are making Juneteenth a paid holiday, for example, and investing in Black- and minority-owned ventures — and the sacred design consultants are wondering if employees might also begin to demand spiritual goodness. 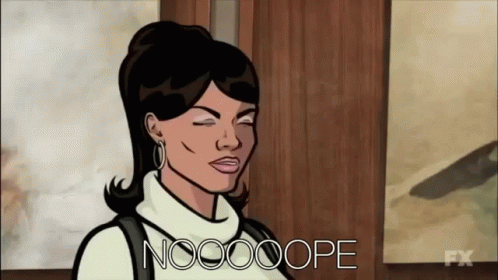 No no no, look. There are things that people want from life. That doesn't mean they want to get them from their employer. Sure, some things like hey could you maybe be less racist? you might ask your employer for, but others. . . like, for instance, people want love and romance in their lives, right? But they sure as hell don't want to come into work and see candlelight and hear soft music and have their creepy lecherous boss present them with a single red rose.
Likwise for "spiritual goodness." If people want that they'll go to church. Or read sacred texts. Or do peyote or I don't know, anything but demand it from their bosses. Work is work. There is nothing you can do to make it spiritually fulfilling or psychologically uplifting or not soul-crushing. It's what we do to finance the good parts of our lives. And we don't want our employers trying to co-opt those good parts. Can't we just have one nice thing?
Posted by Professor Chaos at 6:55 PM 4 comments: