How the hell is this woman allowed to be a judge?

I'm not an attorney. I have not studied the law. I'm no expert, I'm just a regular Joe. 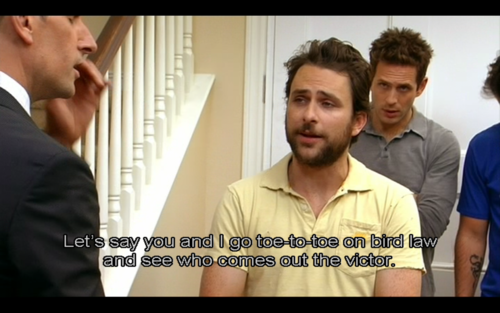 So how is this possible?

Wow. Well, maybe that's a misleading headline. Maybe the defendant did something horrible in the courtroom, and he just happebed to be wearing an Obama T-shirt? Maybe?


According to courtroom video obtained by KYCIR (below), Judge Sandra McLaughlin said of an African-American defendant being arraigned on drug charges that “he’s lucky to get out of here alive,” before adding, “did you see his shirt? Barack Obama, ‘Let’s Do It Again.’ That was a double whammy.”

During his arraignment, Broaddus stepped in front of Judge McLaughlin wearing a shirt featuring President Barack Obama’s face. The shirt read ‘Let’s Do It Again,’ a reference to Obama’s 2012 re-election campaign. This clearly didn’t sit well with McLaughlin, who clearly states on the video that the shirt isn’t helping Broaddus in her courtroom.

How is this woman allowed to be a judge?

well, we must have just caught her on a bad day, right/ I mean, she must usually be one of the leading jurists in the state, probably, Right?

McLaughlin is the lowest-rated judge in Jefferson County “by a wide margin,” according to the Louisville Bar Association (LBA).


Holy shit!
So how is she allowed to stay on the bench?

When Judge McLaughlin spoke to KYCIR, she told them that her low ratings were the result of the Louisville Bar Association — which conducted the survey — being stacked with defense attorneys who “just declared war on a tough judge.” Scott Furkin, the executive director of the LBA, disagreed with her assessment, noting that “membership is open to all attorneys in good standing with the state bar association.”

Oh, a tough pro-prosecution judge, eh? So she probably has the backing of law enforcement, right?


McLaughlin, who is up for reelection in November, is also accused of lying about the groups that have endorsed her. One of her campaign flyers claims that she is “unanimously endorsed by the Fraternal Order of Police,” but according to Mike Hettich of the Deputy Sheriff’s Fraternal Order of Police Lodge, the group actually endorsed her opponent Matthew Eckert in the upcoming election.


How the hell is this woman allowed to be a judge?