Why we Rarely Venture Outside the City Limits of Atlanta

Because in much of the rest of Georgia, they vote for people like this:

Speaking to the crowd, U.S. Rep. Tom Price (R-Roswell) noted that 87 new Republicans had joined the House, changing the entire dynamic of Washington.


Yet Price warned that President Obama would use "every demagogic tool in his box" to turn the public against Republicans.

"And the way that that happens is as we approach this debt ceiling challenge that we've got right now Congress can say, 'no,' and then the president decides who gets paid," Price said. "And if the president says 'OK, that's all right with me, but the troops won't get paid, the senior citizens won't get their Social Security check and the docs taking care of Medicare patients won't get paid,' that's what we're looking at. The only way for us to prevail is for you to stand strong, recruit your friends, your neighbors, everybody else to the cause."

Yeah, he's really up there in public implying that Barack Obama will withhold payment from our troops, our elderly and Medicare. Really. the guy who's supposed to be such a raging socialist is going to fuck over Social Security and Medicare. Besides, Social Security payments don't come out of the general fund anyway, so they would not even be on the table for these imaginary cuts. With someone like Price, it's hard to tell whether he's lying or just actually that ridiculously ignorant.
Then there's Rep. Paul Broun (R-Athens)

U.S. Rep. Paul Broun (R-Athens), who delivered the invocation, warned about the future of the U.S.

"We're standing on the precipice, staring down in the deep chasm of socialism and total government control," Broun said.

"You know, principles like slavery," he did not add.
Nice invocation, by the way. Isn't an invocation supposed to be something like "Lord on this the Fourth of July, we thank Thee for the many blessings that Thou hast  bestowed upon this great nation, etc. . . ."  (Yeah, I know how how to invocate!)
But seriously, this is part of the opening prayer? 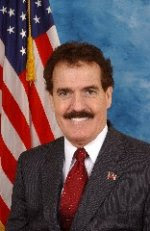 U.S. Rep. Phil Gingrey (R-Marietta) said when Obama was first elected he went on a world tour and proceeded to apologize "for all the sins of U.S."

"And when he was asked about American exceptionalism, his comment was something to the effect that, 'well, all countries are exceptional,'" Gingrey said. "Well, many countries are special, but only one is exceptional, and that is the United State of America. And we need never apologize for that."

No, I'm no fancy big-city theologian, but I'm pretty sure that apologizing for one's sins is one of the things that the Good Book recommends. Also, "American Exceptionalism" is a pernicious fallacy. (Yeah, I know some fancy big-city words!)
Anyone who believes that only one country is exceptional and it's us is thinking like a child. Like a child who thinks that my daddy is the biggest, strongest, smartest person in the whole wide world. Usually, most children eventually grow up and realize that okay, my dad's pretty strong, and he's pretty smart, but really he's but a mere mortal. The "American Exceptionalism" crowd never matures to this level. It's pathetic.
And State Representatives aren't any better. See Exhibit A: Chip Rogers

State Senate Majority Leader Chip Rogers (R-Woodstock) said if Republicans want to win in the next election, the message must be one of freedom. That's why he supports the Fair Tax and healthcare that allows medical choices to take place between him and his doctor rather than between him and the president.

Right, because when I think of freedom, I think of the freedom to pay my taxes in the form of a National sales tax rather than an income tax.  That's just another word for freedom, which is, I believe, just another word for nothin' left to lose. (Thank you, Kris Kristofferson!)
Also, I would like healthcare that allows decisions to be made by me and my doctor, not my doctor's office staff and some asshole at Aetna. I would sooooo much rather have Barack Obama in the examination room with me than Healthnet McBlue Shield.

Moreover, "I support a parent's right to choose how their child is educated because the next generation of Americans are the ones that are going to keep us free, and they ought not have to be dictated by government," Rogers said. "It ought to be the parents who run education in this country. Not the government. You should not have to go to a school based on your United States postal mailing address."

Yeah, the reason your kids' school is decided by your adress is because that's the school that your property taxes support. If you live over in Affluent Valley, and you're paying a million dollars in property taxes, you're not going to be too happy when my imaginary son from here in Pothole Grove shows up at the fancy school you're paying for. It's not some crazy government scheme to control what your kids are learning, it's just the shitty system we have for funding schools. You're getting the better end of that deal, so I wouldn't bitch too much about it, genius!
Anyway, that's why we prefer to stay inside the 285 peremiter, where we can be proud to be represented by civil rights legend John Lewis.