And once again, we find a new low point for David Brooks:


I’ve only been around Phil Anschutz a few times. My impressions on those occasions was that he was a run-of-the-mill arrogant billionaire. He was used to people courting him and he addressed them condescendingly from the lofty height of his own wealth.
I’ve never met Ryan McKibben, who runs part of Anschutz’s media group. But stories about him have circulated around Washington over the years. The stories suggest that he is an ordinary corporate bureaucrat — with all the petty vanities and the lack of interest in ideas that go with the type.

So. . . capitalists. The kind of people you generally lionize.

This week, Anschutz and McKibben murdered The Weekly Standard, the conservative opinion magazine that Anschutz owned.


Murdered? Seriously? You don't think that's a bit harsh? I mean, you could say that Peter Thiel murdered Gawker. And even that would be a misuse of the word. But deciding to stop throwing good money after bad seriously is not even analogous to "murder."


Also, isn't one of the principle tenets of conservatism and capitalism that one is free to do what one likes with one's own property? Anschultz owned the WS, he was well within his rights to shut it down, right?


This week, Anschutz and McKibben murdered The Weekly Standard, the conservative opinion magazine that Anschutz owned. They didn’t merely close it because it was losing money.


WHICH IT WAS! The Weekly Standard has never made money. It has always lost money. It has always survived on wingnut welfare. Now that welfare is being removed and you're going to cry tears of rage because you think this daft billionaire should be required to keep losing money so that your friends and former co-workers can keep their jobs that they don't deserve? How very conservative of you!


They didn’t merely close it because it was losing money. They seemed to have murdered it out of greed and vengeance.

But wait. I'm confused. Haven't we been told for decades by conservatives that "greed is good?" 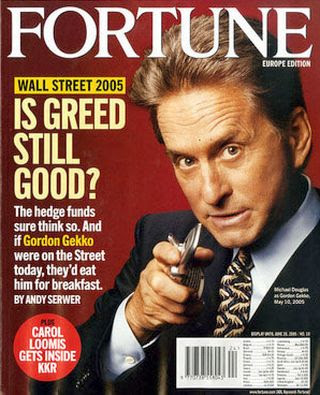 John Podhoretz, one of the magazine’s founders. . .


Oh, speaking of people with careers they don't deserve. John Podhoretz, of whom no one would ever have heard had his father not been Norman Podhoretz


I mean, for God's sake, the Weekly Standard was founded by John Podhoretz and Bill Kristol, of whom no one would ever have heard had not his father been Irving Kristol.

John Podhoretz, one of the magazine’s founders, reports that they actively prevented potential buyers from coming in to take it over and keep it alive. They apparently wanted to hurt the employees and harvest the subscription list so they could make money off it. And Anschutz, being a professing Christian, decided to close the magazine at the height of the Christmas season, and so cause maximum pain to his former employees and their families.

Wow, I know I'm getting older and I guess my memory must be failing because for some reason I can not remember David Brooks taking this kind of umbrage when vulture capitalists in the throws of greed shut down Toys R Us or Sears throwing scores of hard-working Americans out of work.I mean, surely he must have felt the same righteous anger about privat equity firms taking over companies, stripping the assets and shuttering the facilities, sending all the employees to the unemployment line, right?

I took a second to look up what, for instance, Brooks had to say about Bain Capital back in 2012. Oh, it was scathing all right!

Private equity firms are not lovable, but they forced a renaissance that revived American capitalism.

Forty years ago, corporate America was bloated, sluggish and losing ground to competitors in  and beyond. But then something astonishing happened. Financiers,  firms and bare-knuckled corporate executives initiated a series of reforms and transformations.


The process was brutal and involved streamlining and layoffs. But, at the end of it, American businesses emerged leaner, quicker and more efficient. 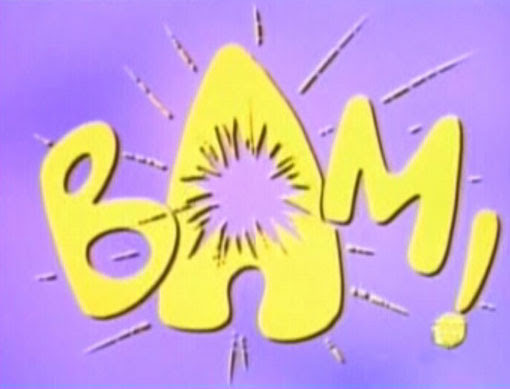 when private equity firms acquire a company, jobs are lost in old operations. Jobs are created in new, promising operations. The overall effect on employment is modest.

Also, these guys are not going to feel any pain from this. They will just move on to a different wingnut welfare hustle. They'll all end up at the American Enterprise Institute or Americans for Prosperity or they'll be writing for Breitbart or FOX. Meanwhile, those who just lost their jobs at Sears will struggle mightily with no concern from David Brooks or any of the gravy-sucking pigs who once wrote for the WS.

The closing of The Weekly Standard is being told as a Trump story, as all stories must be these days. The magazine has been critical of Trump, and so this is another example of the gradual hegemony of Trumpism over the conservative world. That is indeed the backdrop to what happened here.

Oh wow. I'm really shocked here. I was sure you were going to take personal responsibility here!

But of course. Of course, it's Trump's fault. Not the scapegoat I was expecting you to choose, but of course it couldn't be the WS crew's own fault. It must have been some nefarious outside force!

In reality, this is what happens when corporate drones take over an opinion magazine, try to drag it down to their level and then grow angry and resentful when the people at the magazine try to maintain some sense of intellectual standards.


Intellectual standards at the Weekly Standard!

This is what happens when people with a populist mind-set decide that an uneducated opinion is of the same value as an educated opinion, that ignorance sells better than learning.

Oh my God! A conservative decrying anti-intellectualism!
The people who take it as an article of faith that 99% of the world's scientists are full of shit about climate change suddenly have a problem with uneducated opinions being elevated to the same level as educated ones!


In that sense, the closing of The Standard resembles Chris Hughes’s destruction of the old New Republic. This is what happens when the commercial forces trying to dumb down the American media run into a pocket of people trying to resist those forces.

Oh my God, are you serious? Who has tried to dumb down America more than conservative media in general and the WS specifically? (Okay, FOX has.) 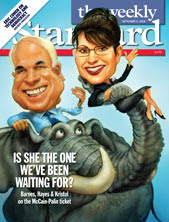 
If McCain loses, Palin will be the hope of the future. If he wins, she'll actually be the future.

And here's Mr. always wrong about everything, Bill Kristol:

Palin is potentially a huge asset to McCain. He took the gamble — wisely, we think — of putting her on the ticket. McCain's choice of Palin was McCain being McCain. Now his campaign will have to let Palin be Palin.


And you're going to sit there with a straight face and pretend that the WS was some bulwark against the "dumbng down" of American media?

The Standard was conservative, but it frequently dissented from the Republican establishment and delighted in modern pop culture.


The staff was never unanimous about anything. The many flavors of conservatism were hashed out in its pages. 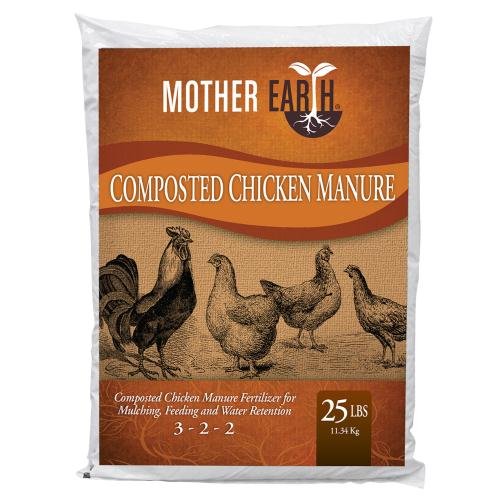 Ah, the many flavors of conservatism!


Also, it's not much of an endorsement of your magazine if you have to start with "If it stood for anything. . ."

Over the past year, under the editorship of Steve Hayes, the magazine was as good as it ever was.

This shoe is every bit as delicious as it has ever been.

Over the past few years, if all the stories are correct, McKibben tried to change the tone of the magazine. He tried to get The Standard to hire highly partisan shock-jock screamers. He tried to tilt it more in the direction of a Republican direct mail fund-raising letter.

When these efforts were blocked, resentment flared and the ax fell.


When they refused to give up the veneer of faux-urbanity, when they refused the owner's orders to try to make their rag into something that might attract an audience, they were let go? Is that what we're going with here? Because if we go with that, with your take on the shuttering of the Standard, there would be zero justification for NOT shutting it down. It lost money hand over fist, the owner who, by capitalist principles, has the absolute right to do whatever he wants with his property, introduces ideas in an attempt to make it profitable. Those ideas are rebuffed by his employees in a fit of insubordination and so the owner stops paying for their make-work jobs. That's capitalism, Dave!


The Standard is now gone, but the people and ideas The Standard nurtured will continue to flourish.

I'm not sure what "ideas" you think came from the WS that will continue to "flourish," but if you want to know what your rag's legacy will be, it is this. The illegal, immoral, ill-advised and ill-planned invasion and occupation of Iraq. About a million dead Iraqis, a few thousand dead Americans, countless thousands wounded, maimed, and without homes. Countless widows and orphans. That's your legacy. That was what you agitated for and cheer-led. That is what you sold with lies about supposed WMDs and the non-existent linkage between Sadam Hussein and Al Qeda.

Jon Schwarz has collected a few of your more egregious articles  here.

I've picked out a couple of highlights.


“The Iraqi threat is enormous,” Robert Kagan and Kristol wrote at the beginning of 2002. “It gets bigger with every day that passes. … If too many months go by without a decision to move against Saddam, the risks to the United States may increase exponentially.”


OSAMA BIN LADEN and Saddam Hussein had an operational relationship from the early 1990s to 2003 that involved training in explosives and weapons of mass destruction, logistical support for terrorist attacks, al Qaeda training camps and safe haven in Iraq, and Iraqi financial support for al Qaeda--perhaps even for Mohamed Atta

Neither of these statements was true. Either the WS writers who penned these were incredibly stupid, naive and gullible, or they were lying shamelessly, knowing that their lies were likely to lead to a vicious bloodbath. Either way, it's a hell of a legacy. I can certainly see why Brooks would mourn the passing of this noble publication.


Posted by Professor Chaos at 8:15 PM No comments: