Why some people should just stay off of the Twitter

Hey, John McCain is on the Twittering machine. And he's using this new form of media to communicate important information to his constituents about. . . haha, no. He's just straight up chattin' with Snookie.

For anyone who has been spared the knowledge of her existence, Snookie is one of these:

Another one of these is nicknamed "The Situation" which makes McCain's line about tax and stuff really clever and funny! See, it's funny because he used "The Situation" which is a person who is on the same show as the Snookie, but he used it in a different context, which is so, you know what, I don't have time to explain comedy to you people. Trust me, other comics appreciated that line. I'm sure Lewis Black is wishing he'd thought of that one.

So, I think a pretty good indication that you are no longer qualified to hold a position of responsibility is the use of the phrase "You're Right, Snookie!" Unless Snookie has just said that cows say moo, or that airplanes fly in the sky. In any other context, that phrase just doesn't make sense.

Oh My Stars! He Said the A Word!

This is Becky Quick. 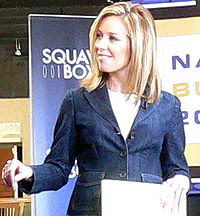 The show is called "Squawk Box," and it is on CNBC. I know, I never heard of it either.

But anyway, Becky has opinions about things that people say. Especially when they are said on another TV show on at the same time as hers. (only with viewers) Here's her take on President Obama telling Matt Lauer that he would like to know whose ass to kick, or something like that:

"If you’re the pres­i­dent of the United States and you go on the Today Show which is a morn­ing show, where you’re going to have a lot of kids sit­ting around watch­ing this, I think you choose your words more care­fully,” said Quick. “Using the A word when you are on the Today Show talk­ing with Matt Lauer, yeah, that dis­turbs me.

Seriously? You think a lot of kids are sitting around watching the Today Show? I have an adult attention span and I can't sit through more than a couple minutes of that fluffy drivel pretending to be news. You know there are shows for kids on at that hour, right? You think a large number of kids are just deciding, "fuck Elmo, I'd like to hear what the president has to say on the subject of the Gulf oils spill. Ooh, I hope Matt Lauer holds his feet to the fire! I, as a five year old, would really appreciate that kind of tough journalism. Oh, but I sure do hope no one says 'ass.' Why, I'm not planning on hearing that kind of talk until I'm old enough to join the Merchant Marines."

Really, what kids are watching the Today Show with their Lucky Charms?

Okay, I'll give you that one, but trust me, she's not going to be traumatized by hearing the word "ass."

Honest to God, Becky, do you have any idea what kind of shit kids watch and listen to every day? Even if some kids were sitting down to watch Matt Lauer interview the president, do you really think the word "ass" is going to upset them? 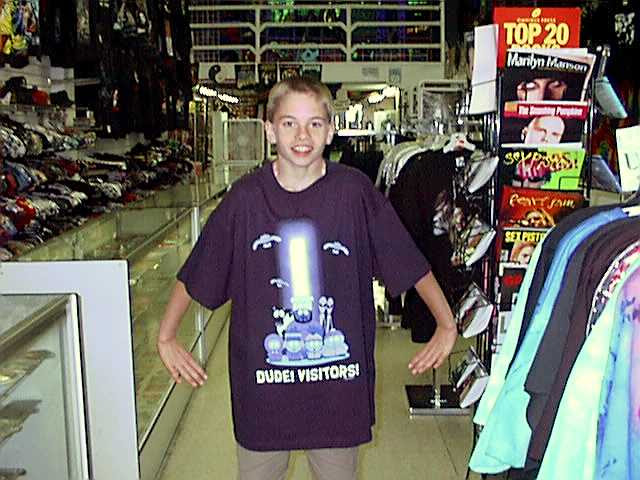 Really, you gotta have bigger things to worry about.
Posted by Professor Chaos at 5:26 PM No comments: