Like most of you, I had never heard of David VanDerBeek before today, when his political party came up in a story about pompous free-loader Cliven Bundy deciding that even the teabaggiest factions of the Republican Party weren't sociopathic enough for him, so he's joining the "Independant American Party of Nevada" because why even make any pretense at relevance?

Anyway, David VanDerBeek, or "The Beeker" as I assume he likes to be called, is running for governor of Nevada. And why wouldn't he be considered a legitimate candidate, given that he is the man who has posted stories like this one:


So why should you vote for the Beekester? well, let him explain in his own words, which are quite well-written,assuming that English is not hos first language:

VanDerBeek for Governor for you means a great career and income, world-class education, world-class healthcare, retirement in comfort and prosperity with your loved ones, and preservation and expansion of personal freedoms. Governor VanDerBeek will take office after the 2014 election in Nevada and has the support of the entire USA and around the world in restoring Constitutional law, natural rights, the rule of law, and freedom in all choices.

You may have thought that he was a complete unknown, but he has the support of the ENTIRE USA! And also of "around the world."

Most importantly, VanDerBeek for Governor means the Government based of  [sic] the Constitution, NOW and FOREVER, in defiance of all opposition and all tyranny.


Now, one might assume that he has some sort of an editor or proofreader looking over the copy before it gets posted to his official campaign website, but one would apparently be wrong.

Let's have a look at D-Van's platform positions, shall we?

So, you're saying that your plan is to undo the damage of the Reagan and post-Reagan years? Re-invest in our schools and infrastructure?  Go back to having affordable, first-class public universities? Increase Social security benefits? Just kidding, of course that's not what you mean.
Let's see the specifics:

1.Restore Nevada Lands to the People. The American people are being herded physically into the cities, because the federal government is stealing state lands in the name of various projects.

Right. People don't move to the big cities because that's where the jobs are, or because city life is more interesting than farm life. No, it's obviously because the government owns too much barren wasteland in Nevada. And also the government is physically herding people into cities? I thought they were supposed to herd us into FEMA camps? Anyway, if the government would just quit owning land, everyone in Nevada would just run out and start their own farm, obviously.

2. Nevada State Bank.  All taxes that are taken in by the State will be funneled back into Nevada businesses in the form of low interest loans as is done in North Dakota who is enjoying record surpluses while lowering taxes. North Dakota is the only State that never suffered a recession and has the highest per capita income in the nation because of their stable financial system

Oh, that's why the economy in North Dakota is doing well. Here I thought it was the oil and gas booms they're currently experiencing, but obviously it must be the way they loan money to businesses. Although, I must say, that if all taxes taken in by the state are used for business loans, those businesses are going to have a hard time moving product to market with no roads. And they'll probaly have a hard time finding qualified job applicants when there are no schools. but details, details. . .


3. Multi-Currency Free Market System. While the State government is required to pay all of its debts in gold and silver, any thing free citizens deem of value in the free market can be used as a currency when the parties agree. This will facilitate an explosion of economic activity.

Is that what's been holding back the explosion of economic activity? The fact that people have been, up until now, required to use actual money? The economy will skyrocket once we can begin buying things with twigs and pebbles!

4. Nevada to Stop All Payments to the IRS. It was shown conclusively by President Reagan’s Grace Commission Report that ZERO of the taxes collected by the IRS on income return to the citizens in the form of services or benefits.

Where would you come up with this?
I don't have time to look up the Grace Commission, but I really don't need to.  Because no matter what the Commission may or may not have said, just look out your  fucking window. That's a fucking highway. It was paid for by monies collected by the IRS. You know what else is paid for by monies collected by the IRS? Oh, just the Army, the Navy, the Air Force, the Marine Corps, the FBI, the CIA, National Parks, the Coast Guard. . . how the fuck do yolu think those things get paid for? Private donations?

All of the taxes are consumed by the IRS bureaucracy and paid as interest to the private banskters behind the Federal Reserve bank. Nevada residents will no longer send any further payments to the IRS because there is no purpose in doing so.

Well, not being arrested might be considered one purpose for doing so.

Nevada law enforcement will be employed in arresting any agent of the federal government who attempts to collect IRS taxes from a Nevada resident.

Oh, well. Problem solved, then. I'm sure local PD will be perfectly happy to get into a war with the Federal Government so that Nevadans can willfully violate federal law. Why wouldn't they?

America was built without an IRS or an income tax.

And the circumstances today are precisely the same as they were in 1789.

The IRS is just a collection agency for the Federal Reserve, which is not federal and has no reserves and is just our national branch of the global banking cartel. We must just STOP paying them. We will bring economic warfare against the IRS and collapse it.

It's good to set realistic goals.

5. Replace and Phase Out All Taxation. 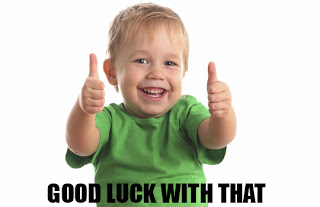 7. Nevada Energy Independence. . . Once Nevada has recovered its stolen lands from the federal government, the state government will be able to lease and sell those lands to energy developers. Nevada will only give rights to Nevada-based energy companies to explore and develop our reserves of oil, coal, and natural gas in clean ways that preserve the sanctity of our land and wildlife. This will create jobs and keep the money in Nevada. At the same time, Nevada can encourage alternative energy sources such as solar and Tesla towers. 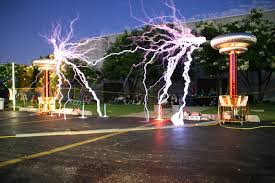 What could possibly go wrong?

Minimize? You've already given up on replacing and phasing put ALL taxation?


14. Expansion of the Second Amendment. We must preserve the 2nd Amendment right to bear arms first, because it protects all of the rest of our rights. Freedom grows out of the barrel of a gun. As Governor, I will not enforce any of Mr. Obama’s gun regulations. I have taken the Oathkeepers oath and my own greater oath that I will fight to preserve  History shows that tyranny and mass murder by the government always follows disarmament of the people. If Obama sends police to take guns by force, there could be another civil war.

Wow. where to begin? First of all,"Freedom grows out of the barrel of a gun?" You're paraphrasing Mao? 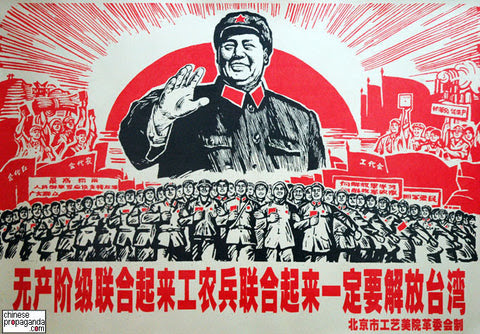 Second "I will not enforce any of Mr. Obama’s gun regulations.?" That'll be easy since there are exactly fucking ZERO.

Third "I have taken the Oathkeepers oath and my own greater oat?" The hell you have. there is no greater oath than the oath of the oathkeepers! Wait, did I say greater? I meant more insane.

Fourth "the right of Nevadans and all Americans to bear arms according to the original intentions of the founders in the Constitution." Great, so you will support the right od=f well-regulated militias to keep and bear single-shot muskets. No objection.

Fifth " History shows that tyranny and mass murder by the government always follows disarmament of the people?" [Citation needed]

Sixth " If Obama sends police to take guns by force, there could be another civil war?' Be careful what you wish for. If you think your county sheriffs are going to stand a chance against the greatest military power the world has ever seen, I just don't know what to tell you, except that it's lucky for you that President Obama has shown ZERO interest in taking your guns.

Anyway, it goes on and on, but I'm getting tired. Let me just sum up by sayiong that if you live in Nevada and are completely bug-eyed. poo-throwing insane, consider casting your vote for David Lory VanDerBeek.! Then get professional help.