Okay, this is a joke right?

Experts have warned Congress that it is ignoring a newly-developed weapon from North Korea which could shut down the US power grid and kill the vast majority of Americans within a year.


William Graham, chairman of the former EMP commission and its former chief of staff, Peter Vincent Pry, warned the hearing that such an attack could “shut down the US electric power grid for an indefinite period, leading to the death within a year of up to 90 per cent of all Americans.“


Ah. Okay, so who is William Graham?

Graham is actually a highly-educated physicist and the model for the character Ron Burgundy.
He has degrees from Cal Tech and Stanford, and maybe should be taken seriously as an expert in. . . wait, what?

In 2013, Graham signed an open letter to President Barack Obama calling on the president to modernize the U.S. nuclear arsenal. It criticized the president’s stated goal of “ridding the world of nuclear weapons,” an aspiration the letter claimed would “result in the unilateral disarmament of the U.S. nuclear deterrent.” The letter insisted that North Korea was “amassing” nuclear weapons know-how “together with other nations hostile to us and our allies—notably, Iran,” which “raises the possibility that the threat posed by North Korea’s nuclear weapons technologies will soon metastasize around the globe.”[1]
Published by the Center for Security Policy, the letter’s signatories included a host of neoconservative pundits and right-wing policy wonks, like Frank Gaffney, Thomas McInerney, James Woolsey, John Bolton, Douglas Feith, Kathleen Bailey, Paul Vallely, and Henry “Hank” Cooper.[2]

Ohhhh. Never mind. He's a nut.
When your writing gets co-signed by guys like Frank Gaffney and John Bolton, there's no need to pretend to take you seriously.


Under President George H.W. Bush, Graham was a member of the Defense Science Board and chaired the committee on the Strategic Defense Initiative—a Reagan-era missile defense project known to its critics as "Star Wars" for its exorbitant cost and fanciful ambitions.[4]

During the Clinton administration, Graham served on two congressionally appointed panels chaired by Donald Rumsfeld. One, the Rumsfeld Missile Commission, warned that "rogue states" could attack the United States with ballistic missiles in as little as five years. The other, the Rumsfeld Space Commission, famously cautioned that the United States could face a "Space Pearl Harbor" if it did not take precautions to avoid it.

What about the other guy? This Peter Vincent Pry?

Aaaaaand. . . he's a frequent guest on Jim Bakker's Armageddon and Potato Slop Hour, so there's really no need to look any further into him.

So, are weaponized EMPs a real thing? Well, yes and no. They are certainly being looked at as a way to disable enemy military equipment. And a large enough EMP could certainly knowck out power in in a city. But from everything I've been able to find on-line, EMP weapons don't really exist other than prototypes built by the US. Exploding nuclear bombs does cause EMPs, but the idea of North Korea being able to explode a large enough nuke over the US to shut down the nation's pwer grid seems incredibly implausible.


Two members of the disbanded congressional Electromagnetic Pulse (EMP) commission said at a recent House Homeland Security subcommittee hearing that a nuclear EMP attack from Kim Jong Un was the “biggest threat” to the US yet it remains “unacknowledged” by the government.
More attention has been focused on the regime’s continued testing of intercontinental ballistic missiles this year, but the dictatorship also recently claimed to have tested a hydrogen bomb underground in September.

And, as we all know, the government of North Korea can totally be taken at its word. If they say they have a hydrogen bomb, you can bet they have one even if no one has seen it. You don't know this hydrogen bomb, she goes to a different school, but she's totally real.


But let's say they did. Let's say that Kim Jong Un has a hydrogen bomb that he can drop from, let's say a flying unicorn, that can knock out the electricity in every city and town in the United States from sea to shining sea. How exactly does it follow that 90 percent of Americans would end up dead?


Former Republican representative Curt Weldon, one of the founders of the former commission, wrote in The Hill last month: "A nuclear EMP attack would destroy electronics everywhere, cause planes to crash, stop cars and rail traffic, blackout electric grids and other critical infrastructures that make modern civilization, and life itself, possible. Eventually, millions would die from starvation, disease, and societal collapse."

Have you ever seen what happens when the power goes out in an American city? People run to Home Depot, buy generators, and use them to power their homes until the electricity is restored. Is the EMP going to also stop gasoline and diesel powered motors from working? And is the EMP going to fry our circuits so badly that they can never be replaced? Will the memories of every single electric engineer be wiped clean by the pulse so that no one will be capable of designing and building new power plants?
You know we used to have no electricity. Then, without using electricity because we didn't have it yet, we built things that made electricity. We made dams, we made turbines, we made coal-fired power plants. Then we strung wires from those electricity-making things to people's houses and businesses so that we could have air conditioning and television and humorous cat videos. Is there some reason we couldn't do that again?


The two former commission members added that North Korea is thought to have 60 nuclear weapons, and its intercontinental ballistic missiles could reach Denver and Chicago, and “perhaps the entire US”. 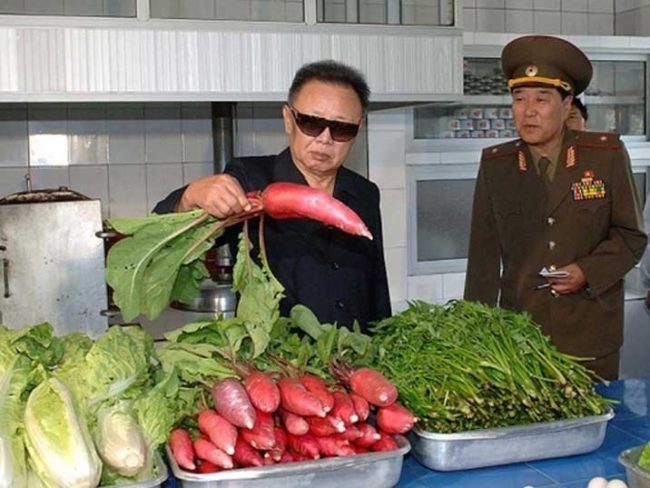 This yam? Nuke! That lettuce? Nukes! Those green beans? All nukes! 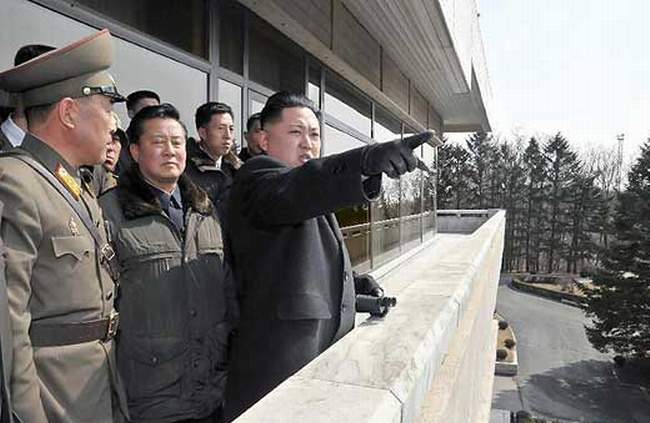 Look, there goes one of my nukes. Oh, you missed it. It totally just hit Denver.

Mr Graham and Mr Pry condemned the one-upmanship between Donald Trump and Kim Jong Un, who have called each other “rocket man” and “mentally deranged”, which has worsened tensions between the two countries.
The EMP commission was defunded under the new administration.


Wait. Trump de-funded the EMP commission?
Shit, maybe there is something to this after all.