The Bush legacy reclamation program is in full swing. Apparently, enough Americans have poor enough memories that Dubya's approval rating is surging towards the neighborhood of 50%! Or as horrible hack Jennifer Rubin writes in the once prestigious Washington Post (motto: resting on our Watergate laurels for 35 years!):

It took less than 4 1/2 years of the Obama presidency for President George W. Bush to mount his comeback. While doing absolutely nothing on his own behalf (he’s been the most silent ex-president in my lifetime), his approval is up to 47 percent according to The Post/ABC poll.

Um, staying silent and out of the spotlight was the best thing he could do on his own behalf. Well, that and painting himself in the bath. 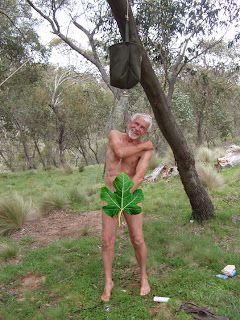 Unless this sort of thing appeals to you.

Why the shift? Aside from the “memories fade” point, many of his supposed failures are mild compared to the current president (e.g. spending, debt).

Or, to be more accurate, his failures are mild compared to the bullshit that people like Jennifer Rubin pretend the current president has done. And the debt incurred under the current president is largely due to his continuing the wars started by George W. and extending W's tax cuts. Not that that makes him blameless, but you know, fuck you.
Unlike Obama’s tenure, there was no successful attack on the homeland after 9/11.
True, there was no successful attack after 9/11, but you know what there was?  There was NINE-ELEVEN! Why does he get a mulligan for 9/11? His term didn't begin on 9/12, you know. (Also, the anthrax letters were relatively successful)

That's not the big stuff. 9/11 was the big stuff. Rallying the country by waiting to see how My Pet Goat was going to come out, then going into hiding, then telling everyone to go shopping? Not as big as 9/11.

People do remember the big stuff — rallying the country after the Twin Towers attack, 7 1/2 years of job growth and prosperity,

Wait, what? Job growth? Because the Wall Street Journal, which ain't exactly a lefty rag, had this headline at the end of Dubya's administration:

Bush On Jobs: The Worst Track Record On Record

The worst! Here's a snippet of the article:

Ouch! Check out the entire article HERE, it's totally worth it, if you want to see just how bad Bush's job-creation record was. (For instance, his 3 million net jobs in 8 years is less than a third of the 10-1/2 million created during just 4 years under Jimmy Carter, who is generally not considered particularly successful. Although don't talk any smack about Carter within hearing distance of me. Not if you enjoy having teeth.) Anyway, where were we?
Oh, yeah.
. . . , 7 1/2 years of job growth and prosperity, millions of people saved from AIDS in Africa, a good faith try for immigration reform, education reform and a clear moral compass.
Okay, I'll give you the AIDS in Africa thing, that's definitely a positive. But if we're to give Bush credit for "good faith tries" then don't we have to give Obama credit for trying to get a public option, or trying to get universal background checks, or trying to close Guantanamo? Because I don't. I think he caved on the public option and Gitmo because he hasn't got the stomach for a fight. And background checks would have been a baby step in the right direction when we should be implementing much stricter controls. If you are the most powerful man in the world, I don't think you get credit for givin' it the old college try, especially when your party controls the legislative branch for the majority of your term.
Also, I'm not sure that someone with a "clear moral compass" would approve the use of torture, or send thousands of his own people to be killed and maimed in the wrong country, or engage in "shock and awe." NOne of those things sound at all moral to me.

I'm pretty sure Bush is a Methodist.


And, it turned out that the triumvirate of Iraq-Iran-North Korea really was the Axis of Evil.

Do you know what an "axis" even is? Iran and Iraq are not part of any axis, they've hated each other for decades. And North Korea has nothing to do with either.

He is responsible for one of the most popular and fiscally sober entitlement plans, Medicare Part D.

If by popular and fiscally sober you mean that people hate it and it's completely unfunded, adding greatly to the deficit, then sure! Also, it's designed specifically to enrich drug companies at taxpayer expense, forbidden to negotiate prices so drug companies can gouge us as much as they want, because yea for fiscal sobriety!


Anyway, she goes on and on like this, talking about Bush like a 12-year old Belieber. It's really pathetic and depressing. Although perhaps not so depressing as Ron Fournier's article for the National Journal entitled

Go Ahead, Admit It: George W. Bush Is a Good Man 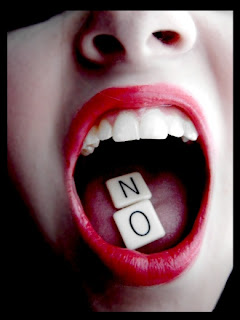 
You can read it HERE if you must, but the gist is that George W. Bush gave Ron Fournier a thank-you note once, and that outweighs all the war-crimes and whatnot.

And this is just the beginning. With the opening of the GW Bush presidential libarry in Texas, I assume we'll see a whole new wave of historical revision, burnishing the turd that is the legacy of George W. Bush.