Fred Barnes Lives in Opposite Land 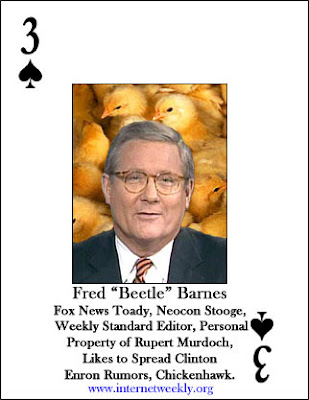 Fred Barnes is the sort of pitiful little weenie whose nurples are probably still purple from junior high, so you have to figure he's got some issues. Check out the headline from his latest column:

Okay, first of all, Obama did not have an "Olympic failure."
Dan O'Brien, now that was an Olympic failure.
All President Obama did was lobby for the Olympics to come to Chicago. The Olympics decided to go to Rio instead because, well, wouldn't you? The odds of Chicago being chosen were pretty slim. Even if the choice was made randomly, like pulling one city's name out of a hat, Chicago would have had only a 25% chance of being selected. But please, go ahead and make a big stupid deal out of it. Why not? 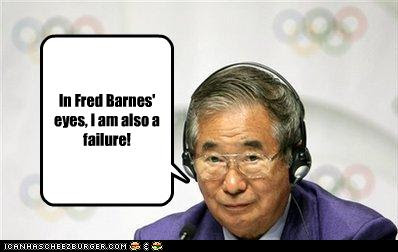 Now is the time for the mainstream media to show it’s not totally in President Obama’s pocket. The Washington press corps will never fault Obama for pushing hyper-liberal policies in a moderate-to-conservative country. Ideological criticism by the press is reserved for Republican presidents.
Fred makes a good point.

I mean, seriously when has our press done an ideological critique of any president? No one in the major press can be bothered to do that much work or put that much thought into their writing. They just print the press releases.
And does Fred have any idea what hyper-liberal policies might look like? Or what a moderate-to-conservative country would be?

Here's a clue, Fred. The people of this supposedly right-leaning country favor a public option by about a 2/3 margin, depending on who's doing the polling. President Obama, if he were a "hyper-liberal" might say something like, "Fuck that, I'll do you one better, single-payer, bitchez!" But, no. He's saying that there might not even be a public option, his "reform" might be nothing but giveaways and subsidies for the insurance companies. So the situation we have here is a president who, on this issue anyway, is clearly to the right of the electorate.
And Fred, if the country is, as you say, moderate-to-conservative, how is it exactly that the people of this country voted for a democratic president and for Democratic majorities in both houses?

We know the world loves Obama. What the action by the International Olympic Committee demonstrates is that being loved isn’t the same as being influential or taken seriously or respected or feared
Yes, Obama should have made himself feared by the IOC. Teddy Roosevelt would have come to Copenhagen with ten Marine Corps divisions and threatened to invade Denmark if the Olympics were not immediately surrendered to Chicago.

If he can’t deliver on a vote of the IOC, does he really have the clout to pressure the mullahs in Iran into giving up their nuclear ambitions? Maybe not.
Hmm, Fred makes an interesting point.

Here in the real world, it's doubtful that anyone would be able to dissuade the Iranian Mullahs from going nuclear. Bush had 8 years, and showed that he was willing to dive headlong into a prolonged, stupid, senseless bloodbath if he got a hint that someone was thinking about acquiring WMD's, and Iran started their nuke program on his watch. So did North Korea, but I digress.

Honestly, does Fred think that the Olympic Committee site-selection process is in any way relevant to nuclear arms negotiations. Ooh, maybe Iran got nukes because the US made such a poor showing in the World Cup!

Imagine if something like this occurred on a national security issue. Then the media would demand accountability. The Olympics issue is hardly as consequential, but that shouldn’t inhibit the press in seeking accountability.
No, it shouldn't.

here in the real world, the "Olympics issue" is not merely "hardly as consequential," it is not consequential at all. really, other than the braying jackasses at Americans for Prosperity, who cares where the Olympics are held? Why the hell would you want the press wasting their time demanding accountability for the Olympics going to Rio?

Third, where was the charisma, the skill in persuading people to see things Obama’s way? The media has built Obama up as a communicator who’s the equal of Ronald Reagan
Yes, if only Barack Obama could come up with a snappy line like "Well. . ." or "there you go again." or "huh?"

The thriller in Copenhagen was not just a test of Obama. It’s a test of the media’s willingness to cover the president professionally and honestly when he stumbles. A love affair with a president should have its limits.
In Opposite Land, apparently, "professionally and honestly" means excoriating the president over any pathetic little phony miscue that piss-ants like Fred Barnes can gin up. The press is actually being professional and honest by not trying to turn this molehill into Mount fucking Everest.

Wait a minute, I just figured out where Opposite Land is: 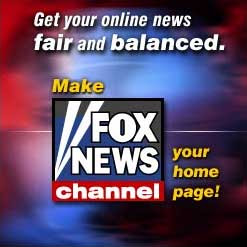 Clearly, the words "Fair" and "Balanced" don't mean the same thing there than they do in the rest of the English-speaking world.

It's almost as if the Fox People see them as having the opposite meaning.

Ah, FOX News, where up is down, the grass is blue and the sky is green, and assclowns like Fred Barnes are to be taken seriously.
Posted by Professor Chaos at 8:43 PM No comments:

The NRCC totally gets it.

So, see. They get that Americans don't trust them. They totally get that. And now they're here to earn back your trust. Well, not "earn" necessarily, but "regain" in whatever way they can.

So let's see, who do the republicans have problems with? Let's start with women! Women tend to vote Democratic a lot more than men do for some reason, something about wanting to have choices, or something? I think. Anyway, let's see how we can regain the trust of women. How about talking about Nancy Pelosi? She's a woman!

This is gonna go great!

“General Pelosi has no problem sacrificing her own credibility as the Obama administration and liberals in Congress attempt to walk back a strategy they strongly advocated just months ago,” said NRCC Communications Director Ken Spain. “Nancy Pelosi continues to make party politics a higher priority than our national security. Rather than listening to a four-star general’s assessments on Afghanistan, General Pelosi somehow believes she is better suited to craft our country’s military policy.”
Nooooo!! Not sarcasm! Goddammit Ken Spain, don't you know anything about appealing to potential voters? Say something sincere, quick!

If Nancy Pelosi’s failed economic policies are any indicator of the effect she may have on Afghanistan, taxpayers can only hope McChrystal is able to put her in her place.
Ouch! put her in her place? What the fuck? I may not know a lot about how the mind of the female voter operates, but I'm fairly sure it doesn't respond well to snide, insulting misogyny.

Oh, well. next week we'll try making inroads with Hispanics. Let's try calling them all "Cheech" and asking for their green cards!