Today's Crazy Candidate is New York's Jim Russell, seen here edging uncomfortably away from the only normal-looking member of his creepy family

Mr. Russell would like to represent New York's 18th district in the US Congress. Mainly so he can keep them furrners an' dark-skin folks outta here.

Here's the first line of his bio from his campaign website:

I grew up in Jackson Heights, Queens where I witnessed first-hand the destructive effects of uncontrolled immigration. I attended Fordham Prep and Fordham University. . .

Okay? No one was asking about immigration. This was not the domestic policy section of the website. This was just the "tell us a little about yourself" section.

As for his views on immigration, here's what he has to say about his opponent:

The "report card," by the way, is issued by a group called "Numbers USA," an anti-immigration group.

I hope you will come to rely on this website to help you influence Congress to turn away from immigration policies forcing a more and more congested and regimented future for our country, our children and our grandchildren.

And his website even has a special section on HUD housing:

[Attorney Johnson's] phrase, “…its overarching goal of building a more integrated Westchester,” does not appear in the settlement document. As Johnson’s interpretation, it should have no bearing on the settlement. Before the County Board of Legislators voted for this disastrous settlement, they claimed that even if all of the selected housing applicants ended up being White, the terms of the settlement would be fulfilled. Now we see slippery Johnson, with his foot in the door, trying to change the agreement into one in which the result would have to be “a more integrated Westchester.” The best solution is to elect a new Congress that will amend all housing laws to exclude any requirement to “affirmatively further fair housing.”

It's kind of hard to tell exactly what he's getting at without seeing the original editorial to which he's responding, but basically, he seems to be upset that there aren't enough white folks getting HUD housing.

Okay, maybe I'm reading more into this than I really should. Maybe he's just concerned about immigration, that doesn't necessarily make him a racist!

Key passages from Russell's essay, all excerpted by Politico, are below.

“(T.S.) Eliot described some conditions for an optimal society: ‘The population should be homogeneous. . . . What is still more important is unity of religious background; and reasons of race and culture combine to make any large number of free-thinking Jews undesirable.

It has been demonstrated that finches raised by foster parents of a different species of finch will later exhibit a lifelong sexual attraction toward the alien species. One wonders how a child’s sexual imprinting mechanism is affected by forcible racial integration and near continual exposure to media stimuli promoting interracial contact.

Yes, only through forcible interracial contact could any pristine white girl find, say, this guy appealing:

It also compounds the culpability of media moguls who deliberately popularize miscegenation in films directed toward adolescents and pre-adolescents. In the midst of this onslaught against our youth, parents need to be reminded that they have a natural obligation, as essential as providing food and shelter, to instill in their children an acceptance of appropriate ethnic boundaries for socialization and for marriage.

Yes, if a white person marries a black person, just imagine what their offspring might look like! 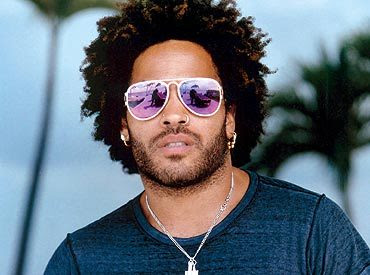 No half-breed child could ever grow up to be successful!

"The sociobiological warfare that our youth is subjected to is likely to be even more diabolical since it appears to deliberately exploit a biological theory of sexual imprinting at the critical period of sexual maturity. Movies like this past year’s spate of miscegenationist titles, Save the Last Dance, Crazy / Beautiful and O, a parody of Othello, appear deliberately designed to exploit the critical period of sexual imprinting in their target audiences of white pre-adolescent girls and adolescent young women.

Movie studios don't make movies for the money! They make them so that they can manipulate white girls into being attracted to black guys! I see it all now!

“There is now afoot a conscious effort to de-Europeanize and to re-Judaize Christianity, through scriptural revision, internal treachery and external pressure.

Um, since nearly the entire Bible takes place in Judea, I don't think a lot of revision is needed to "Re-Judaize" Christianity. It's like re-southernizing Faulkner.

One possible strategy to counter these efforts is to encourage a re-Europeanization of Christianity into a European folk religion. Such a strategy might be bolstered by the argument that Euro-Christians should only accept the folk-affirming form of Christianity accepted by our ancestors

Okay, I don't know what "folk religion" means, so I'm just going to assume it looks something

“Jean Raspail’s Camp of the Saints . . . should be required reading for all persons of European descent who labor under the pseudo-morality of self-destruction.”

I didn't know what that was either, but here's what I found out:

"The book characterizes non-whites as horrific and uncivilized 'monsters' who will stop at nothing to greedily and violently seize what rightfully belongs to the white man," the Southern Poverty Law Center explained.

"Today, 'The Camp of the Saints' is widely revered by American white supremacists and is a sort of anti-immigration analog to 'The Turner Diaries,' the race war novel written by William Pierce, head of the neo-Nazi National Alliance,"

So, if you live in New York's 18th Congressional district, please consider Jim Russel. Consider how truly truly awful he is, then vote for whoever is running against him.
Posted by Professor Chaos at 5:33 PM 1 comment: