Majority Floor Leader Jim Stamas has informed Minority Floor Leader Segal that Reps. Brown and Byrum will not be recognized to speak on the House floor today after being gaveled down for their comments and actions yesterday that failed to maintain the decorum of the House of Representatives.

So what did they say that was so horrible that they had to be banned from speaking?

Apparently, one of them said "vagina."

Oh, sorry! I should have warned you such a horrifying word was coming.

Rep. Lisa Brown had this to say: "I'm flattered that you're all so concerned about my vagina. But no means no."

Apparently, that word is just too shocking for the delicate sensibilities of the Michigan  Legislature.

“What she said was offensive,” said Rep. Mike Callton (R-Nashville). “It was so offensive, I don’t even want to say it in front of women. I would not say that in mixed company.”

Oh my God! Could you imagine the fainting spells if women were subjected to hearing the "V-word?" I don't know how to break this to you, Mike, but I'm pretty sure women aren't offended by vaginas. They're offended by asses like you trying to control them.

Greetings from the Great Smokey Mountains 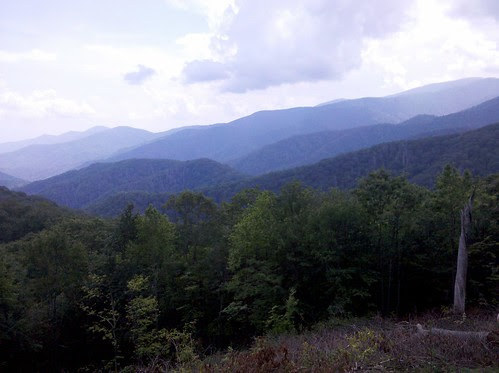 Going to be out of town for a few days. And the keyboar on th laptop is messed up. So posting will b a bit spotty or non-existnt for a fw days.
Posted by Professor Chaos at 10:16 PM 2 comments: