Remamber when Time Magazine used to be a legitimate news publication?

I suppose the downhill slide really became an off-the-cliff tumble when they declared that the "Person of the Year" was YOU! 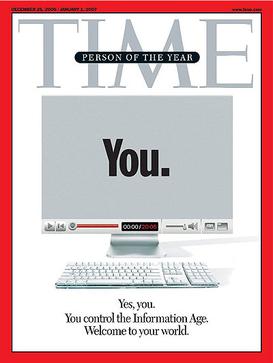 
Yeah. They're giving a forum to self-loathing female misogynist Suzanne Venker who is, I believe a relative of mummified hate lizard Phylis Schlafly.


The needs of children don’t end after one year


No doubt people are dancing a jig with Netflix’s announcement Tuesday that the tech company will allow its employees to take unlimited maternity or paternity leave during the first year after their child’s birth or adoption—while earning their normal pay.


Okay, we're starting out with snide sarcasm. That's the hallmark of good journalism.
And I think maybe I figured out why Venker has a problem with this policy. It's not because new mothers are allowed to stay home with their babies. It's because they're still getting paid while staying home with their babies. Like most conservatives, Venker is driven by a pathological fear that someehwre, someone who is not her is getting over.Someone who is not her is getting money they don't deserve, or getting some kind of special treatment and this just infuriates her.


“We want employees to have the flexibility and confidence to balance the needs of their growing families without worrying about work or finances,” said Tawni Cranz, Netflix’s chief talent officer. “Experience shows people perform better at work when they’re not worrying about home.”


Okay. Sounds good. But is it? Or is it in fact bad? Very, very bad?
Could there be problems with this new policy? Even several problems?

There are several problems with this new policy. First, offering an unlimited leave policy in the first year to new moms and dads means the remaining employees who don’t fit the bill will be left to pick up the slack. This will likely, in turn, strain relations among co-workers and make the workplace environment less effective.


Oh, sure. I'm sure a tiny little inexperienced mom & pop startup like Netflix probably has no idea how to make a workplace more effective. I would think that someone like Venker, with her vast experience typing on a laptop in her bathrobe probably has a much better handle on corporate efficiency.
Also, the remaining employees have always had to pick up the slack when someone goes out on maternity leave. Or on vacation. Or gets the flu. Or injured. And yet, somehow companies manage to stay in business somehow.

Second, it isn’t fair to babies. By encouraging mothers, who are the still the primary parent at home, to bond with their baby for a long period of time with the expectation they’ll return to work at the end of the year means the baby will become even more attached to his mother, and separation may become intolerable.

Oh my God! Do babies not normally bond with their mommies? Is this going to be some new thing where babies don't like being separated from their mamas? And it takes an entire year for this bond to form? With a normal maternity leave of, what, 6 weeks, the baby is all "Have a nice day at work, lady. See you tonight!"


Same goes for the mother. Her attachment to her baby, or her re-thinking of her priorities during this time, may make her even less likely to return to work—thus negating the whole point of the policy, which is to get her attention back on work and off of baby. So, shouldn't that make you happy? Mothers deciding to leave their jobs and be full-time mothers? Isn't that what you've been preaching all this time?


Finally, being home with one’s baby doesn’t mean a parent’s worry will magically vanish. Most parents, mothers in particular, do worry about what’s going on at home in their absence. That’s the point. Most women change when they become mothers. They aren’t the same people, let alone the same type of worker


Right. Worries won't magically vanish. Got it. No one's saying that they will, but whatever. . .
And of course, as is the right wing's response whenever a solution is proposed, Venker goes with the tried and true "it won't solve everything so we should instead do nothing."

Solar power can't completely replace every drop of fossil fuel? Then fuck solar, let's do nothing.
Gun control laws won't prevent every single crime in America? Then we should just do nothing about guns! And so on.

Offering new parents full pay for up to one year is akin to putting a band-aid on a gaping wound. The needs of children are huge, and they do not end at one year. On the contrary, they just begin. Taking a year off of work to meet those needs merely scratches the surface.


So, instead we should do nothing?
Since a year off of work is not enough, Netflix should offer their employees 10 minutes with the baby and then back to the salt mines? What exactly are you suggesting? What's your better alternative? So. . . women should just stop having babies altogether? Since the work-family conflict is totally insolvable?

None of this is to suggest that women can’t have it all over the course of their lifetimes. It’s only to say that choices and concessions must be made.


Um, you do realize that if one is making concessions, one inherently is not having it all, right? I mean, that's kind of what "concessions" means.


It’s also to say that no parental leave policy, even the one at Netflix, can possibly solve a problem as monumental as the anguished pull parents feel between home and work. It could potentially make it even worse.

So. . . companies should have no parental leave policies? What exactly is the thesis of this article? If you're going to say that this policy is so awful, shouldn't you suggest a better alternative? Otherwise, what's the point? Anyone can find fault. I can say my car's not fast enough or too loud, but unless I have an idea for improving the performance of the engine, I'm just being a malcontent. It's a perfectly good car, the fact that it isn't perfect doesn't mean I should have it towed to the scrapyard.
And just because Netflix's family leave policy isn't a cure-all for all of society's ills doesn't mean it isn't a good policy.
Do you have a better idea? We're all ears!