This is a professional opinion writer.

So not only is Peggy Noonan still alive, having somehow not yet succumbed to cirrhosis of the soul, she still gets paid to write things.
Things like this:

The Missing Order in American Politics

Yes, we all feel nostalgic for the days of  unrepentant war criminal Henry Kissinger!
There certainly wasn't any chaos in Kissinger's heyday. The country certainly wasn't divided over Vietnam or Watergate or anything.


I am watching Washington and thinking this: We have reached a new crisis point in Donald Trump vs. the Democrats.


No. we have reached a new crisis point with Donald Trump. Don't you dare try to "both sides" this one.


I am watching Washington and thinking this: We have reached a new crisis point in Donald Trump vs. the Democrats. They are speaking of contempt citations, subpoenas, executive privilege, hearings. It’s a daily barrage.


Oh my God! Do you mean to tell me that the Democrats are speaking of enforcing the law?

It's a daily barrage of Cheeto Mussolini defying the law, lying and complaining. And insulting people. And claiming to have powers which the Constitution does not grant him. And then, on the other hand you have the Democrats, led by Nancy "Impeach? Well, I never!" Pelosi objecting to Il Douche flouting the law. So, you know, both sides seem equally to blame for getting Peggy all flustered.


The Democrats are inching closer to impeachment, at least rhetorically, perhaps actually. We’ll see how well Speaker Nancy Pelosi can dance right up to the edge to appease some in her caucus, and not over it.

Why would you think that would be a laudable goal? That's like saying "I sure hope Elliot Ness can manage to assuage the fears of the people of Chicago without actually going out and arresting Al Capone!"
I would love to see what Peggy was saying about Republicans impeaching Bill Clinton over a consensual affair. I'm sure she was equally as concerned about Newt and his goons overreaching.

But there is such a thing as context, and the Democrats seem to be ignoring it. This is a country divided.

Yeah, of course it is. It always has been. Except for a brief period from 1941-1944 and right after 9/11. We are always a country divided. What country isn't? Some of us want the country to go on a path towards equity, peace and shared prosperity and some of us want to re-institute the feudal system and stone adulteresses.

Almost half the country is for Mr. Trump—truly, madly, deeply.


Oh my God, that is a bald-faced lie! When has his approval rating ever gotten within shouting distance of 50 percent? Let alone having half the people be truly, madly, deeply in love with this lummox? Whatever argument you're going to make has already failed by being based on an absurdly false premise. 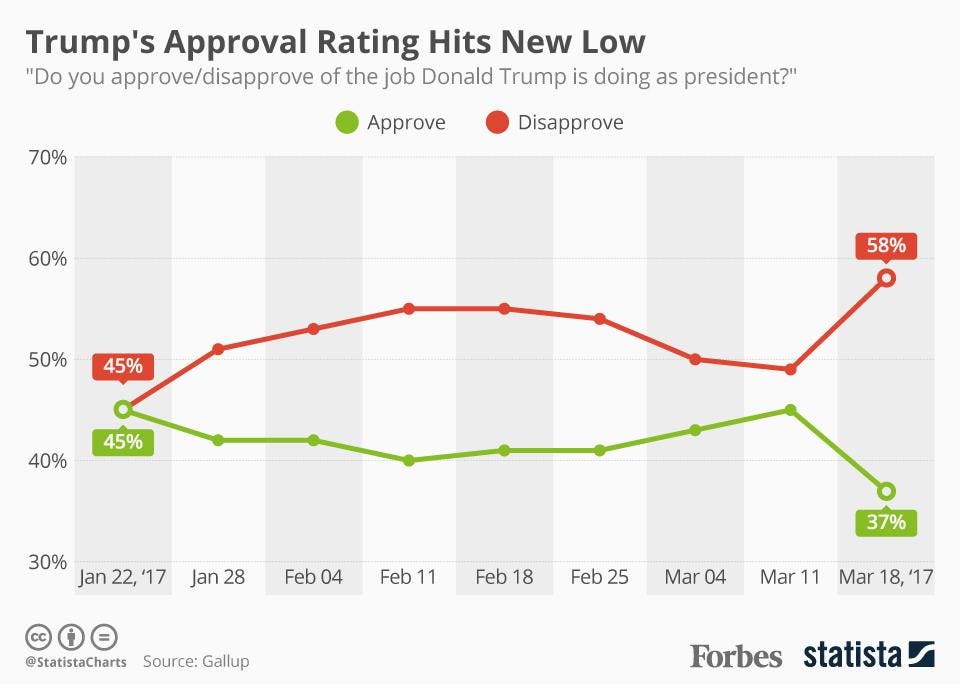 Half is against him—unequivocally, unchangeably.

Well, see, that isn't really true either. First of all, it's more than half. Second, those of us who are against President Cartman would happily change our tune were he to have some kind of Regarding Henry moment and somehow become a decent human being and a competent president.  It's not like we hate him because we have something against spray tans and bad comb-overs. We have a problem with senile racist grifters having ahold of the levers of power


There is no resolving this. Or rather to the extent it can be resolved, it will be resolved at the ballot box. The presidential election is 18 months from now, on Nov. 3, 2020.
Until then, people are where they are and hold the views they hold, and don’t push them too hard.


So one should never, in this Democratic Republic of ours, attempt to convince others of the rightness of our views or the wrongness of theirs? What if, for instance, we encounter someone who believes things that are demonstrably false, like that a wall is being built on the border, or that President McCheese doesn't spend as much time golfing as his predecessor, or that tariffs on Chinese goods are payed by Chinese companies and not by American consumers? We should just shrug and say "there's no point trying to get anyone to listen to reason. We'll just have to wait until 2020?"That's bullshit.

Democrats unveil charges and accusations—the president is a liar, he’s a tax dodger, an obstructor of justice.

All of which are obviously, conspicuously, manifestly true. None of these facts are in dispute.

But in a way Mr. Trump’s supporters accounted for all this before they elected him. They are not shocked. They didn’t hire him to be a good man.

So what? The decision whether or not to indict, subpoena or impeach the president is a legal ethical and moral one. It has nothing to do with whether or not the president's fans are okay with his crimes. Al Capone had a lot of fans, too. That has no bearing on his guilt or innocence. You can not seriously be suggesting that we should allow the president to get away with his numerous crimes because the knuckle-draggers who love him are okay with his having committed the crimes. You're not seriously suggesting that, are you?

They didn’t hire him to be a good man. Their politics are post-heroic.


Oh my God, what are you talking about? He is absolutely their fucking hero. 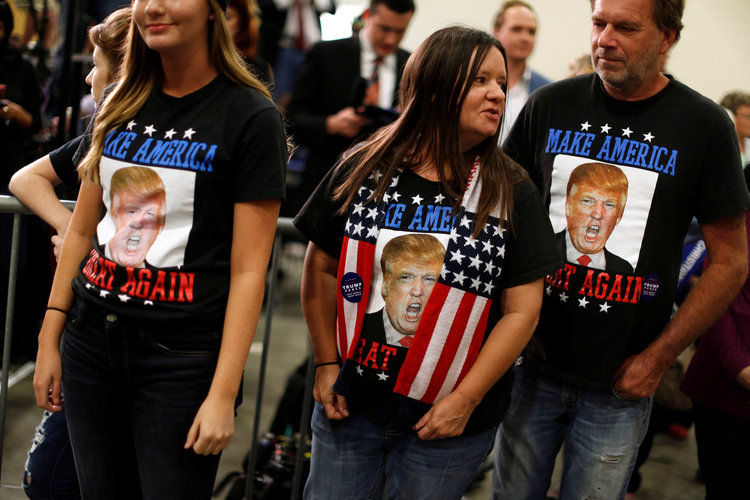 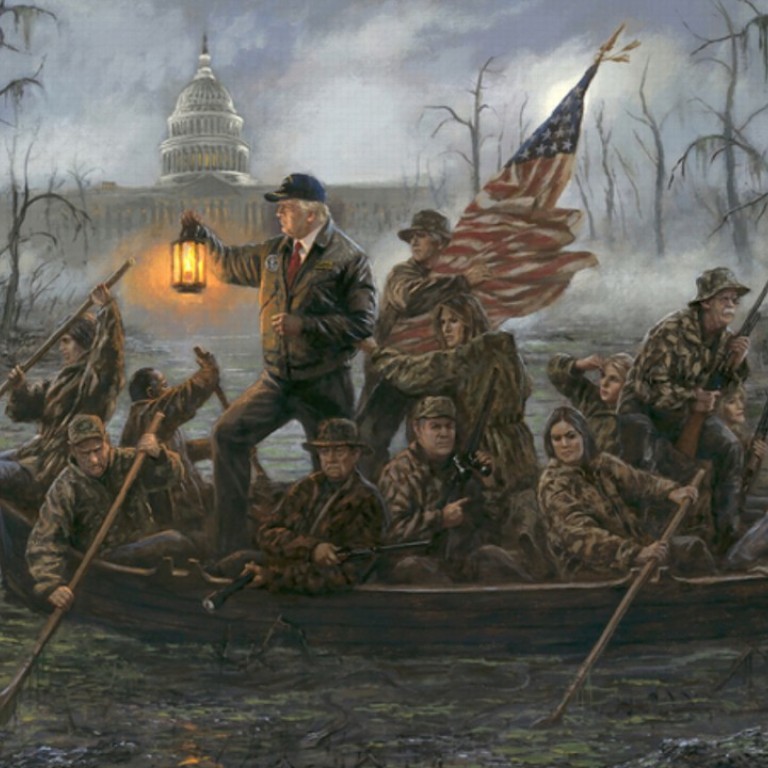 I'm so sorry you had to see that.
But these people absolutely see Trump as a hero. Not necessarily a knight in shining armor - type hero, maybe more like a Tony Soprano / Walter White / Dexter - style anti-hero, but a hero nonetheless. If you don't see that, you're even more hopelessly out of touch than I thought.


They sometimes tell reporters he’s a man of high character but mostly to drive the reporters crazy. I have never talked to a Trump supporter, and my world is thick with them, who thought he had a high personal character. On the other hand they sincerely believe he has a high political character, in that he pursues the issues he campaigned on. They hired him as an insult to the political class

Why are you saying this like it's okay? First off, the Trump supporters who move in the same rarified inside-the-beltway circles as Peggy Noonan are hardly representative of the Trump voter base. You might want to go to one of those diners in small-town America that every other reporter seems obligated to visit and talk to some of these salt-of-the-earth deplorables. There isn't a bit of irony in their support for Cheeto Mussolini. But, putting that aside, how are you gonna sit there with a straight face and act like millions of Americans voting for an incompetent bigot as some sort of middle finger on the establishment isn't indicative of some serious moral rot at the core of white Christian conservative America?


Supporters give him high marks for not looking down on them as they believe most members of the media, who are always trying to “understand” them, do.

Okay, see, this is what I'm talking about. If they seriously think that Mr. Manhattan penthouse, Mr. Private jet, Mr. Gold Fucking Toilet doesn't look down on a bunch of rubes, hicks, and rednecks who shop at Dollar Tree and think Cracker Barrel is a fancy night out, they have well and truly drunk every last drop of Trump's Kool-Aid.
Trump wouldn't spit on their heads if their hair was on fire, and if they don't realize that, then they are as delusional as you seem to be, thinking that that voting for Trump was some kind of elaborate prank the proles were pulling to demonstrate their frustrations with the elite political class.


When they jeer the press during rallies at the president’s direction, they don’t really mean it. They’re having fun and talking back.


WHAT?
Do you have any idea how many death threats journalists get from these deplorables? Do you not remember the "MAGA Bomber" sending pipe bombs to reporters?


Oh, and I guess you must have missed this headline:

But, yeah. It's totally plausible that when the president calls the press the "enemy of the people," and his supporters scream insults and make obscene gestures at the press pen, that it's all just a big fucking joke and no one is actually serious and it's perfectly fine for the president of the goddamm U S of A to act like a petulant schoolyard bully because he doesn't really mean it.


They’d be happy if their kids became reporters—an affluent profession, and half of them are famous.

A: no they wouldn't.

B: it is not an "affluent profession." Sure, compared to flipping burgers or digging ditches, it pays a lot better, but it's not like reporters are getting rich unless they end up anchoring the nightly news.

C: Very few reporters are famous. Even if you include media personalities who aren't reporters, like the pundits and talking heads that fill the hours of cable news, a very small number of them could be considered "famous." Read the bylines of articles in your local newspaper. Do any of those names sound familiar? No? That's because they are not famous. And half the stories are credited to Reuters or Associated Press or some other news service meaning that the reporters who worked on the story are not only not famous they're completely anonymous.
How many working reporters can you name? Not news show hosts like Rachel Maddow or anchors like Lester Holt, but actual reporters? There's  Amy Goodman, Ian Milheiser, Guy Lawson, Greg Palast, Matt Taibi. . . I'm already out of names. And there are tons of reporters out there.

The president doesn’t really hate the press either, he wants their love and admiration. You don’t need the admiration of people you truly disdain.


Uh, you do if you're a malignant narcissist.

Trump supporters now are looking around and thinking: Things are looking up. The economy is gangbusters, everyone can get a job, good people are on the courts. Something good is happening with China—it’s unclear what, but at least he’s pushing back


Okay, something is "happening" with China. We don't know what it is, but we're sure that it's something good. That's what you're going with?

Because, out here in the real world, THIS is what's "Happening with China."


To take all Congress’s time right now and devote it to attacking the president, or impeaching him, will be experienced as a vast, disheartening insult by half the country, and disheartening.

A: so. . . it will be both disheartening AND disheartening? Professional writer, are you?
and
B: So fucking what? You think Congress should neglect its Constitutional duty because "half the country" (bullshit) would get their feelings hurt?

THIS is your argument against impeachment? Don't do it because it would make these people sad?

That's honestly all the more reason to go ahead with impeachment. And also, why would they feel so disheartened and insulted if they really don't mean any of this anyway and only voted for Trump as an eff-you to Washington?

Hard to believe you're a professional writer!