Dennis Miller Continues to be a Painfully Unfunny Douchebag 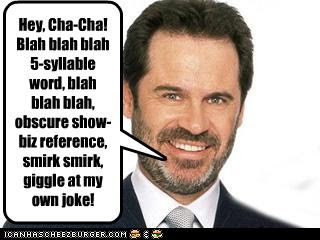 Dennis Miller was on FOX with Bill O'Reilly because, come on, at this point who else would have him? Let's see, you haven't been funny in 20 years, even when you were kind of funny you were always smug and grating, and you haven't developed a more palatable schtick. . . next stop, FOX!

So Miller was not impressed with Barbara Walters' Most fascinating People List. (who was?) He has his own list. And it's worse. Much, much worse.

. . . . And I'll tell you who does fascinate me, Billy. Not Adam Lambert, but Adam Lambert's dad, who came out and said, "Listen, I just think it was a bad choice, taste-wise." Good for him. So many of these kids live in rarified air. I love the fact that the old man can step in and simultaneously say, "I love my kid. I'm proud of him. This might have been a bad choice." That's all you ask for. I find Adam Lambert's dad to be fascinating.
That is fascinating! The guy's kid is totally gay, but he doesn't disown him or anything!
Being a decent parent is utterly fascinating!
.

O'REILLY: But not him, not Lambert himself?

MILLER: It's OK, but listen, I don't like guys who grab guys' heads, jam it into their crotch. When you notice it, they call you homophobic. It's not. It's just a little creepy on TV in the middle of the night. Come on.

Yeah, see, being creeped out by homosexual behavior, that's pretty much the definition of "homophobic."

MILLER: Don't give me that homophobic thing on me.

O'REILLY: Well, that's what I just had to tell Barbara. Her agenda, as you know. All right. Let's get to the Miller fascinating people.

Is this a nonsencical sentence contest? Because if it is, homophobia panda seizure skirt! 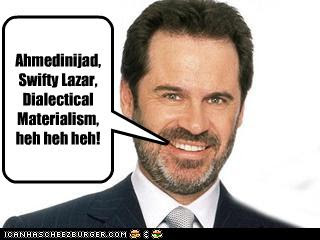 MILLER: And by the way, Billy, one person on the list, real quickly. I have to give props to Tyler Perry. I do find him to be fascinating.

"Billy?" No one calls O'Reilly "billy." You know, it's one thing when some self-impressed actor goes on the Tonight Show and talks about working with "Marty" Scorcese and "Bobby" DeNiro, but you're actually ON the Bill O'Reilly show. It's like name-dropping Bill O'Reilly TO Bill O'Reilly! What the hell?

I have to give props to Tyler Perry. I do find him to be fascinating.

MILLER: I think he swims upstream against that rap culture. I admire him. He lost his mother today at the young age of 64. My prayers go out to him.

Oh, these kids today and "that rap culture!" You know, that sort of old fogey remark might be excusable if it didn't come like 30 seconds after this exchange:

So you're not an old fogey. But when asked about Lady GaGa, you have this to say:

Which is exactly what an old fogey would say, except that an old fogey would probably know that Rita Hayworth WAS Gilda. And you know what else tells me that you are hopelessly out of touch? You call your segment "Miller Time." Yeah. That might have seemed somewhat clever in the late '70's, maybe. But now, it's just sad.

MILLER: Well, I would say that the No. 1 on Barbara's list, by the way, is probably Pelosi, because she is fascinating to me that she can ride so far up without being fascinating at all.

Oh, Zing! Nancy Pelosi's rise from housewife to Speaker of the House? Yeah, nothing interesting there at all!

There is no "objectivist" movement coming in this country. Ayn Rand was a scumbag nutjob who appeals to other scumbags because she puts an intellectual veneer on "I got mine, fuck you!" The only people referencing Ayn Rand nowadays are ignorant teabaggers who haven't read Atlas Shrugged and have a pretty serious misunderstanding of what it's about. 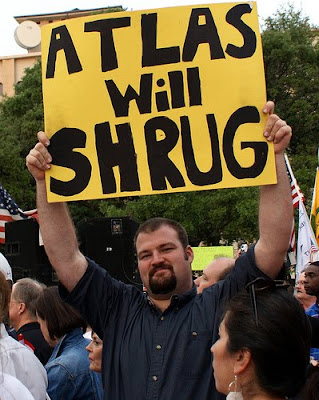 . . . I think she's at the front of an objectivist movement that's coming in this country. It's exhibited through No. 2 on my list, which is John Q. Public, as exhibited by these people at the tea party.

John Q. Public. Really. So your second most fascinating person is everybody? And everybody is being exhibited by ignorant, rage-fueled teabaggers? Do these mouth-frothing lunatics really look like "John Q. Public" to you? Isn't John Q. Public supposed to be the everyman, the regular ordinary guy, not the paranoid conspiracy theorist?

And the No. 1 fascinating person to me, as it is every year, is the American man and woman in our military forces who afford us the opportunity to sit back here and have capricious endeavors like top 10 lists at the end of the year.

That's just pandering. Really weak. I mean, definitely hats off to the brave men and women in the military, no doubt, but come on. Try to be a little less of a pander bear.

MILLER: Thank you, troops, for sitting out there on the perimeter and giving us all that we have.

Sitting out there on the perimeter? Is that what you think they're doing? Not risking life and limb every minute of every day, just sitting on the perimeter? If you're going to try to suck up to the troops, you might want to not insult them while you're doing it.

Posted by Professor Chaos at 5:45 PM No comments: