Why is this person on television?

Who the hell thinks it's a good idea to keep putting this little owl casting of a man on TV?

Who exactly does CNN think is interested in hearing anything this creepy shit-eating little racist has to say? This loathsome little worm couldn't even make a ripple in the Republican primary. And Republican primary voters are the only people nutty enough and racist enough and theocratic enough that they might possibly give a fuck about this guy. And even they had no interest in him. Maybe someone could look up how many delegates Santorum got, but if my calculations are correct. . .it was. . .multiply by the inverse. . . carry the one. . . uhhhh . . .ZERO. So why continue to give him a platform?

Is there just some producer at CNN asking "who can we get to say something really stupid and shitty about this issue?" and some pa goes "well, Santorum is hanging out in the lobby again."


Santorum: Instead of calling for gun laws, kids should take CPR classes

You know, if it was anyone other than the frothy mixture, I would think "this must be taken out of context, because there's just no way. . ." but with Santorum, I can't really say I'm surprised.

"How about kids instead of looking to someone else to solve their problem. . ."

Oh, god damn it! Right off the bat! You're going to shit on these kids for wanting their government to do something? Making laws for the safety of the public is pretty much job number one for the government. And you got a problem with a bunch of kids not, what, taking the law into their own hands?  These kids are asking to not be murdered in school and your response is "lazy damn kids. Always wanting someone else to solve their problems for them?"

"How about kids instead of looking to someone else to solve their problem, do something about maybe taking CPR classes or trying to deal with situations that when there is a violent shooter that you can actually respond to that," Santorum said on CNN's "State of the Union."

So, how about instead of doing something to prevent school shootings, we do jack shit and you kids learn how to try and save your friends' lives as they bleed out in your arms? Because - since we are, in fact, doing jack shit about guns - these mass shootings are just an inevitable fact of life, so you might as well learn how to try and minimize the death count.

"They took action to ask someone to pass a law," Santorum said. "They didn't take action to say, 'How do I, as an individual, deal with this problem?

How do I, a high school student with zero power, take steps to deal with a nationwide epidemic visited on us by one of the wealthiest most powerful lobbying groups in the country and backed by Senators and Congressmen and state governments? Because clearly I, a high school student, should be solving this problem myself instead of asking the government to do the job they were fucking elected to do.

"They didn't take action to say, 'How do I, as an individual, deal with this problem? How am I going to do something about stopping bullying within my own community?

First of all, there doesn't seem to be any correlation between bullying and school shootings.
Secondly, whenever someone does try to do somehthng about bullying, you right-wing assholes start shouting about giving "safe spaces" to "snowflakes" or infringing on the First Amendment rights of Christian homophobes.

Jeezus, dude. What the hell is your problem? What upsets you so much about citizens petitioning their government for a redress of grievances? Are you seriously bothered that these kids are asking the government to take action on a serious public safety issue rather than figuring out ways that they could go Die Hard on a school shooter? 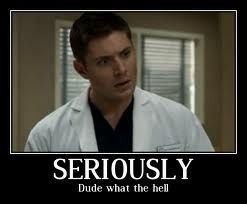 "I'm proud of them," he said. "But I think everyone should be responsible and deal with the problems that we have to confront in our lives.


No. No no no no no, you don't get to sit there and trash these kids and then say "I'm proud of them." Fuck that. Not that any of these kids would want an odious little rodent like you to be proud of them.
And how the hell do you trot out that Republican "personal responsibility" bullshit on this issue? I get that there a re a lot of issues where this trope could apply. There's a logic to saying  "if you don't have any monies, get a job. Don't ask the government to take care of you." It's nasty and dickish, but at least it makes sense and reasonable people could debate the idea. But are you seriously going to say "hey, if some psycho is going to come into your school with a military-grade assault weapon and spray a bunch of bullets at you, that's your problem. Don't go running to the 'naany state' to keep you safe." What the fuck is wrong with you?

"I'm proud of them," he said. "But I think everyone should be responsible and deal with the problems that we have to confront in our lives. And ignoring those problems and saying they're not going to come to me and saying some phony gun law is gonna solve it. Phony gun laws don't solve these problems."


Well, that is true. Phony gun laws don't solve problems. You know what do, though? Actual gun laws. Like they have in England. And Australia. And Europe. Amd everywhere else where these massacres aren't a regular part of life.