Dumb Idiot Jerks of the Week

Oh my, there is quite a field of competitors for this week's dumb idiot jerk of the week award.

Which is really only worth mentioning because it gives me the chance to post this:

then there's this guy:

Louisiana Attorney General Jeff Landry said this week he would not investigate allegations of sex abuse within the Roman Catholic Church at parishes within the state’s borders, blasting critics who pushed back on that decision and comparing them to the Ku Klux Klan.

“As a practicing Catholic, I wholeheartedly support efforts to root out pedophile priests and end the horrific misconduct by Church authorities,” he said. “Those who sexually abused children and those who covered up their despicable acts should be prosecuted to the fullest extent of the law.”


"If only I were in a position to do something about it - some sort of law enforcement position, perhaps," said the Attorney General of the State of Louisiana.

The Times Picayune quoted several people chastising Landry for not pursuing these alternative approaches. The paper also noted Landry had overstepped his authority before, operating a special crime task force in New Orleans that led to at least 16 arrests, against a federal judge’s order.

"Yes, but those people were Protestants and not even white!" He presumably did not say out loud.

In the wake of that report, Landry issued another statement, saying he was “deeply offended” by the paper’s “false insinuations.”
“The headline and entire tone of the story smacked of blatant, religious bigotry,” he said. “As a father and a Catholic, I am deeply offended. This article by the Times Picayune is pure unadulterated religious bigotry which we have not seen in this State since the hey-day of the Ku Klux Klan.”

Okay, I get that anti-Catholic bigotry is a real thing that might even still exist down on the bayouu. But that's not what this is. Anti-Catholic bigotry is saying "you know, you cani't trust them swarthy Cat-O-Lics what with all their weird rituals and shit. You know they ain't even good 'Mericans, not with them havin' all their loyalty to Rome and whatnot."  That's very different from saying "I'm not happy about this organization being full of child molesters and the enablers of child molesters and I think that law enforcement should investigate and hold the molesters accountable for their crimes." Do you see the difference?  Do you really believe what you're saying here or is it just a cheap shabby way to deflect criticism? 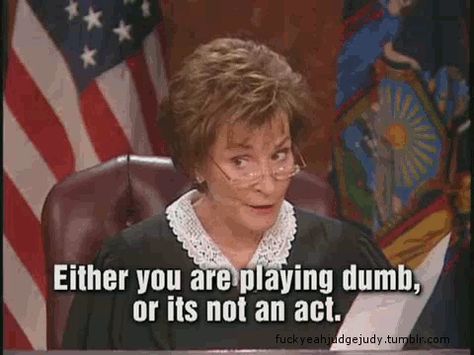 Our next contestant hails from the great state of Maine:

Susan Collins Calls Crowdfunding Push Against Her A 'Bribe'

Ohhhhh my God. Do you seriously not know what a bribe is?

So. . .  in no case does the money go to you, which would pretty much be a requirement for it to be a bribe.

You want to know what a bribe looks like?
It looks like General Dynamics Corp handing you $87,000 for the 2018 campaign.
It looks like Lockheed Martin chipping in about $40K.
It looks like Raytheon contributing $36,400 and Northrup Grumman adding another $32.5K all while you sit on the Defense Appropriations Subcommittee.
(source)

But I guess appearances can be deceiving. Obviously those contributions are on the up and up, it's when ordinary citizens decide to put a little of their hard-earned cash behind a candidate that more closely matches their viewpoint on horrid despicable right-wing hack judges that suddenly we see the word "bribe" raise its ugly head.

And then there's perennial contender for the dumb idiot jerk championship Tammy Laren:

How could educating kids about any subject possibly make them less employable?


Fox News contributor Tomi Lahren argued on Wednesday that children should not be taught that Hillary Clinton has a “strong character” because they will not be able to get jobs after graduating.

She continued: “Teachers are spending more time with their liberal indoctrination than they are actually teaching things that are very important like math.”

Ugh. Do some math, Tammy. I dare you. I will be shocked if you can solve a simple arithmetic equation. You hardly seem like someone who should be commenting on academia. Or on unemployability for that matter. If you hadn't been able to afford enough plastic surgery to make Roger Ailes want to fuck you, no legitmate employer would even offer you an interview.

Speaking of interviews, here it is in all its splendor:

It begins with the obvious lie that a mathematics class at Penn State University is "focused on" Hillary Clinton. This is obviously not true. A History class might, or a political science class, or women's studies. But how would a mathematics class focus on Hillary Clinton or any person, really? Okay, maybe Pythagorous or Euclid, but certainly not a political figure.

Then there's the snide remark about Hillary Clinton'e "strong character." I don't know Hillary Clinton. I've never met Hillary Clinton, and I don't know what exactly you mean by "strong character." If you're saying she's a strong person, well that seems apparent. She has suffered the slings and arrows of outrageous conservatives for 20+ years and stood strong. If you mean she has strong principles, or strong moral values or whatever, then I have no idea. You never know what a public person is really like in private. But who cares? I'm getting sidetracked here.

The point was that somehow a college professor mentioning Hillary Clinton was supposed to make her students less employable. And that is just stupidity of Biblical proportions. I mena, sure, if you went to Penn State and every class was just some dumb ol' liberal professor waxing mournful about the Hillary Administration that might have been, then sure. That would be a problem. But one mathematics professor in one mathematics course saying something like "If I have 5 Hillary Clintons and I give you 3, how many Hillary Clintons do I have left?" or whatever, I gotta say you're really grasping at straws, Tonie.