Who can say the stupidest thing about Donald Trump?

Ordinarily, when we have a "who's stupider?" post here at the Daily Irritant, we do it in a game-show style competition. But why bother? No one's going to out-stupid Palin!

First on CNN: Palin calls both McCain and Trump heroes

Washington (CNN)Asked about the dispute between Donald Trump and Sen. John McCain, R-Arizona


Wait, let me stop you right there. Who the fuck is asking Palin about anything? C'mon, CNN, you're you used to be better than that!


Asked about the dispute between Donald Trump and Sen. John McCain, R-Arizona -- the candidate at the top of the ticket when she was 2008 Republican vice presidential nominee -- former Alaska Gov. Sarah Palin Monday afternoon called both men heroes.


See, this is why there are no other contestants tonight. We're at sentence one and she's already at hall-of-fame levels of stupid.

"I have the good fortune of knowing both John McCain and Donald Trump well," Palin told CNN in an email.


Yeah, and at least one of them despises you.

Probably both, if they both really do know you well.

"Sen. McCain dedicated his life to serving our country, and in my humble opinion the sacrifices made by all ethical service members are heroic -- putting it all on the line to defend freedom IS heroic -- and Donald Trump is a hero in another arena."

John McCain put his life on the line to defend, well not "freedom" exactly, but I guess the non-Communist government of South Vietnam? In service to his country. And Trump risked what, exactly in the service of what noble cause?

Trump is the candidate giving voice to untold millions of fed-up Americans witnessing a purposeful destruction of our economy and the equal opportunity for success that made America exceptional,"


Yes, nothing says "equal opportunity for success" like a man whose success is in large part due to having been born wealthy.

"We're watching career politicians throw away our kids' future through bankrupting public budgets and ripping open our porous borders which, obvious to all us non-politicians, puts us at great risk."

First, why would we need to rip open borders if they're already so porous? And who do you think is doing the ripping? (Never mind, I'm sure it's "Obama." The answer is always "Obama.")
Also, bankrupting public budgets? That's you guys. Your pathological need to cut taxes again and again is what bankrupts public budgets.

Kansas will collect $1 billion less in revenue in 2015 and 2016 than its projected expenses following massive income tax cuts signed into law by Republican Gov. Sam Brownback.
The new revenue estimates released Monday revealed that Kansas would burn through about $380 million in reserves and still need to cut $280 million to balance its current budget for fiscal year 2015, which ends next June 30.

Seeming to take issue with some of the language used by McCain in the past to describe attendees at Trump rallies and some of the Senate tea party members, Palin added, "Everywhere I go, hard-working patriotic Americans -- not 'crazies' or 'wacko birds' -- ask me to pass on to Mr. Trump encouragement to keep educating the masses about true ramifications of illegal immigration, and in general the real state of our union."


Okay, that's just a lie. No one is asking you to pass along messages to Donald Trump. If they wanted to get a message to Trump, it's not that hard. Dude's always on Twitter. Usually making  Schoolyard taunts about someone's weight, but still. You can get a message to him whenever you like. I'm sure he's probably on Facebook and Snapchat and whatever social media rich people use that we aren't allowed to know about.


And even if someone didn't understand the interwebs or whatever, they aren't asking you to pass Trump a note in homeroom.

The only two responses to meeting you in public are "Duh, hey Misstess Palin, kin I git yer autygraph?" or "Ew, ew, it's Palin! Ick, where's the Purell?"
They certainly aren't saying "Say, Sarah, next time you talk to Mr. Trump, please pass along my words of encouragement to keep opening his fat yap and spewing out the kind of toxic nonsense that this country really needs." 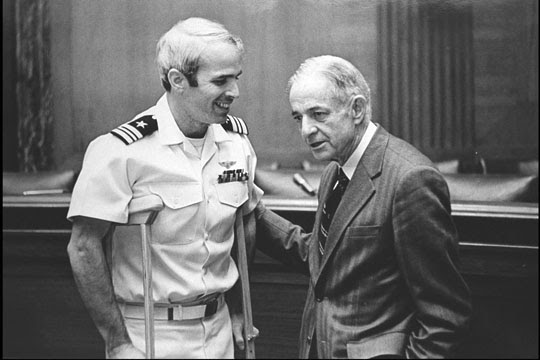 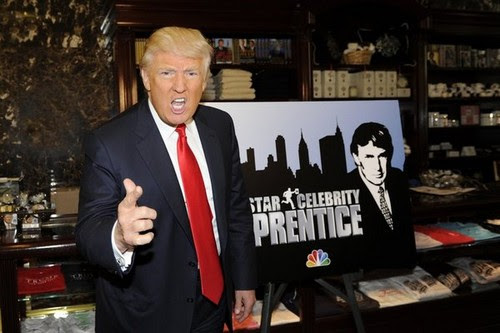 
And that is why Sarah Palin is the winner of Who Can Say The Stupidest Thing About Donald Trump!