Well, we're back.
Let's have a look at what we missed while we were out of town.

While North Carolina Democrats were at a 9/11 ceremony, Republican legislators overrode the governor's veto of the state budget. They had promised not to take any votes while Democrats were absent. https://t.co/1STcnFKviG
— Mark Joseph Stern (@mjs_DC) September 11, 2019

Oh my God. I know, I'm supposed to be shocked - SHOCKED - that the NC GOP would sink so low. But I'm not. There is nothing they could do that would be so shameless as to even surprise me anymore.
What is shocking is that Dems keep falling for this shit. 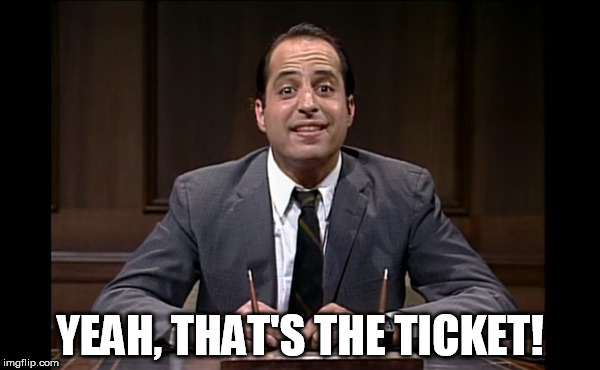 And then the Dems are all "Okay. That sounds plausible. We're going to go ahead and go now. You aren't going to hold any votes while we're gone, are you?"

And the GOP is all "Votes? Are you kidding? While you're out paying your respects to the Americans who died on 9/11? Oh, how could you even ask us that?"

And the Dems are all like "you promise? Pinky swear?"

And the GOP is all "Oh, we promise. Cross our hearts! You just go on to your 9/11 thing. We'll probably just go to a movie or something."

And the Democrats are all like "Okay, guys. Let's go. Don't worry, the North Carolina Republican Party totally promised not to fuck us over. No, seriously, they crossed their hearts and everything! We can go to the 9/11 thing without worrying about what's going to happen while we're gone!"