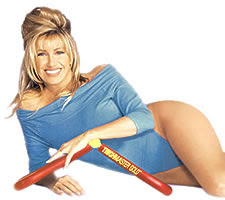 Yes, that's right. Leotard enthusiast and thigh-master peddler Suzanne Somers weighed in with her medical opinion regarding Patrick Swayze's untimely death. It was not the cancer that killed him, it was the chemo! Really.

This has gotten way out of hand. Why the hell would anyone bother asking the poor man's Farrah Fawcett for her opinion on a medical issue?

First it was Dirk benedict claiming he had cured himself of cancer by eating really awful macrobiotic food. Then Jenny McCarthy going around telling gullible parents not to get their kids immunized.

I guess the logic there is that you kind of weigh the odds of leaving your kid vulnerable to whooping cough, German Measles and Smallpox against the odds that former Playmate Jenny Mc Carthy and obnoxious comedian Jim Carrey know more about immunizations and autism than every doctor in the fucking world. And some parents are going to be stupid enough to say," Yeah, I think there's a better chance that naked Jenny and Ace Ventura have discovered the cause of autism than there is that my un-immunized child will die of Diptheria." 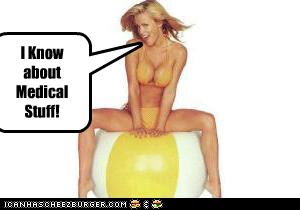 And Now Chrissie Fucking Snow has thrown her two cents in.

And as you might expect, her two cents is really, really stupid.

Somers has spoken out about Dirty Dancing star Swayze, who died at 57 after losing his battle with pancreatic cancer on Monday (14Sep09).

The actress insists Swayze, who underwent regular bouts of chemo, could have extended his life if he had turned to alternative aids instead of drugs.
Really? What alternative treatments are going to do a better job than chemo which is admittedly awful, but saves countless lives every year?

She tells U.S. columnist Shinan Govani, 'They took this beautiful man and they basically put poison in him. Why couldn't they have built him up nutritionally and gotten rid of the toxins in his body?

Seriously? Do you remember what Swayze looked like before the cancer? 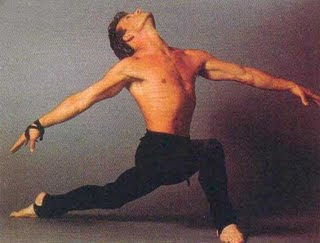 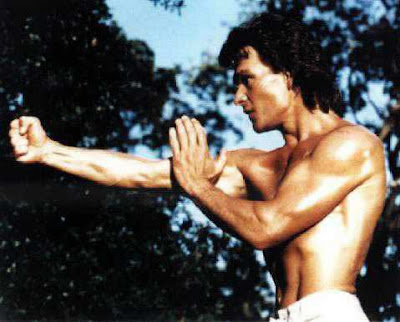 How much more Nutritionally built-up could he have been? The man was the poster-boy for health and fitness! What fucking vitamin was he not taking that would have beaten pancreatic cancer?

Listen, Suzane.
And Jenny.
And Dirk.

You need to realize that some gullible people are going to take you seriously. They are going to follow your advice, and they are going to die from an entirely preventable or treatable condition. And it will be your fault.

I don't dispute that the food you put in to your body has an effect on your health. I will readily stipulate that a macrobiotic diet will make you a much healthier person than my Cheetos and Pepsi program. But if. God forbid, I get cancer or heart disease or whatever, I'm going straight to a doctor. A real doctor. Not a nutritionist, not an herbalist, not a homeopath, a DOCTOR. Someone who has been trained in Medical Science, not medical mythology.

I know there is value in certain natural herbal remedies. I know Aloe Vera is good for healing burns and scrapes. I know Vitamin C is good for the immune system. And I know that an herb like cannabis has many wonderful effects. But none of this hippy-dippy shamanistic stuff is going to cure fucking cancer.
Your cancer may have gone in to remission while you were eating seaweed and lawn clippings. Good for you! But that's the thing with cancer, it often goes in to remission. Your diet may have had something to do with it, or maybe it had nothing at all to do with it. There are plenty of people who claim to have been cured of cancer by psychic surgery, or by imagining the tumors shrinking and disappearing, or by having people pray for them. The thing is, you don't hear from the very large number of people for whom it didn't work, because they are dead. You only hear from the ones whose cancer happened to go into remission after a witch doctor rang bells or waved crystals or they ate health food or whatever. Usually, people who rely on these types of "remedies" die. That's why modern medicine has been developed. if the herbs and chanting and magic potions were working, there wouldn't have been a need for doctors and chemists to invent real medicines. Why would someone say, I'm going to spend my life in a laboratory trying to find a cure for the plague if the natural remedies were working? You'd have to be insane! It would be like someone today going in to a lab to try to find a way to communicate over distances. If someone told you that they were dedicationg their life to finding a way to send people's voices to one another over some sort of electric wire, you'd think they were nuts! And you'd be right. You sure wouldn't contribute to funding this project. You would pull out your cell phone and say "look, you numbskull. It already exists and it works just fine. You're wasting your time."
So, obviously herbs and magic rocks and eye of frog, tail of newt weren't doing the job in the fight against cancer, and that is why chemo was invented.

So go ahead and believe what you want to believe, but Shut The Fuck Up about it, because people can hear you. And some of them are going to be dumb enough to believe you. 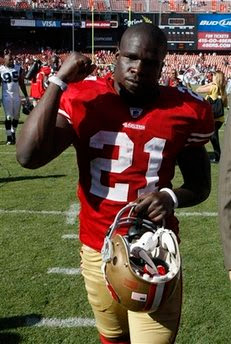 Niners are back.
Posted by Professor Chaos at 7:28 PM No comments: