so it's weird seeing this monumental, historical event and not knowing how to feel about it. Is the EU a positive, a negative, a little of both? Should England be congratulated or pitied? I really had no way of knowing. Until now.


Sarah Palin is all for the "Brexit," so that's pretty much all I need to know that this was a huuuuge mistake for the UK.

When in the course of human events, it becomes necessary for one people to dissolve the political bands which have connected them with another...
The UK knew - it was that time. And now is that time in the USA. 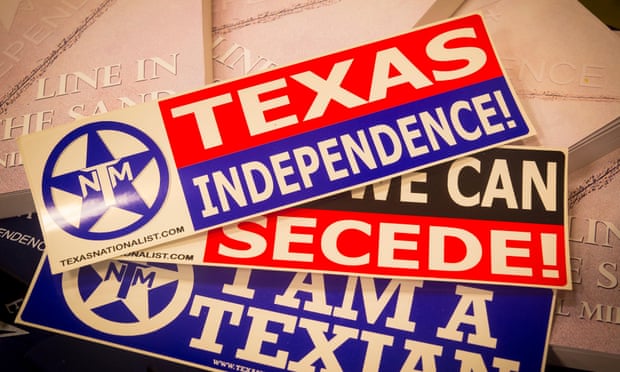 Which of course, of course, is again being bandied about by those patriots in fucking Texas.

Then she gets into the really stupid part:

The Brexit referendum is akin to our own Declaration of Independence.

It took some real guts for the Founders to declare independence from Britain. They knew King George wasn't going to let them go without a fight and England had probably the most formidable military in the world at the time. And declaring independence was completely unprecedented. They had no way of knowing how other nations would react. there was a good chance that other monarchies would join in on the side of England to preserve the institution of the monarchy. That's why the Declaration ends with the signers pledging their lives, fortunes, and sacred honor. Because by breaking away from England there was a good chance they would lose all of those things. It was a real act of courage, knowing that, as Ben Franklin said, they might all "hang separately."

"Brexit," on the other hand, seems to involve the UK saying "thanks, but no thanks." One nation leaving a voluntary congregation of countries with no one threatening any use of force or reprisals of any kind seems pretty different than the US sqauring up against the most powerful nation on Earth.

Congratulations, smart Brits. Good on you for ignoring all the fear mongering from special interest globalists


Um, I'm not a close follower of British politics, but it seems to me that it was the "leave" side who were doing the fear-mongering, predicting an end of English culture as the UK is overrun with swarthy immigrants.

Oh, yeah. If you thought this was just going to be one of those times when Palin sticks to just being stupid, you're in for a treat. Because this sentence-fragment casserole is about to get bizarre!

Okay, first of all, I don't know which is a more dated reference, the "one world government" or "Mini-Me."

Way to jump on that pop-culture train at the hottest moment.!

Also, if you're trying to portray the EU as a scary, evil, despotic threat to freedom, maybe refer to a less cuddly movie character?

And also, too, since when do you object to bringing on the Apocalypse? You Evangelicals wait for the "End Times" the way I wait for the next season of Orphan Black.

I got all my sestras with me!

America can learn an encouraging lesson from this.
It is time to dissolve political bands that connect us to agendas not in our best interest. May UN shackles be next on the chopping block.
- Sarah Palin


The UN "shackles?" What does that even. . .do you even know what shackles are?

Turns out you have to pretty careful doing an image search for "shackles!" Yeeks!
Shackles keep you from doing things. What has the UN ever kept America from doing?  I mean, we bombed, invaded and occupied a foreign country that had done us no harm and the UN was like "oh, no. Please don't." What freedoms do you think that we would gain by leaving the UN? And anything from the book of Revelations doesn't count.

Oh, and I find it a bit ironic that when it comes to basic common-sense things like Universal Healthcare, or a minimum wage that's a living wage, America has nothing to learn from anyone and you're a goddamm commie for suggest ing otherwise because everything we do is the best. But when England makes what appears to be a collossal blunder based largely on racial animus, well suddenly "America can learn an encouraging lesson from this."