I am so sick of this

Every four years, we see these bullshit columnists and pundits urging the Democratic nominee to please move more to the "center," to reach out to conservatives, to not be "divisive." I'm sick of it. And I sure don't need to hear it from a ridiculous little schmuck like Ross DoucheHat. 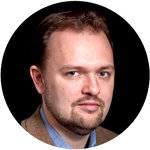 
THE key pivot point in the Democratic convention arrived during President Obama’s speech on Wednesday, when he told the throng of Democrats that Donald Trump’s baleful convention rhetoric “wasn’t particularly Republican — and it sure wasn’t conservative.”

. . . As a gesture, it was immensely powerful.. . .
But it was also just a gesture. Yes, the convention’s showmanship was strikingly unifying, bipartisan, moderate — but Hillary Clinton’s domestic agenda is not. She’s running as a liberal, full stop, with a platform well to the left of where her party stood five or 10 or 20 years ago.


Well, considering that 20 years ago the DLC "New Democrats" took over and decided that they'd rather grovel for Wall Street money than try to appeal to unions, environmental groups and civil rights activists, it's really not all that hard to be to the left of the Democratic position of the last few election cycles. Also, it's a bit hard to picture a "liberal, full stop" supporting trade deals like the TPP,  promoting fracking, or boasting about her friendship with Henry Fucking Kissinger, all of which Hillary Clinton has done and is doing. Her domestic agenda may be "liberal" compared to some; she's pro-choice, she's willing to raise the minimum wage, make college more affordable, but she's also from the wing of the party that gave us welfare reform, bank de-regulation and "super-predators," so really, she seems like a moderate at best.

She’s happy to make right-leaning voters feel a little better about fleeing Trump, but she isn’t offering them substantive concessions, or seeking a grand centrist coalition. Instead she’s telling them: It’s me or Trump, and you know you can’t put the nuclear codes in his undersize hands, so my offer is … nothing.

Why should you get anything? You don't deserve anything. Who told you guys to nominate this uniquely, spectacularly bad candidate? She's going to mop up the floor with your guy, and she's not even good at this. Some of your voters aren't comfortable voting for a megalomaniacal orangutan with anger management issues? Boo fucking hoo! How is that her problem? Why should she move any further to the right to accommodate  the half-dozen or so sane Republicans left in this country? They don't want to vote for Trump? Good. Stay home. Stay home and think about what you could have done to prevent this walking temper tantrum from becoming your nominee. You let this happen, why do you think your fuckup entitles you to concessions from our nominee?

Imagine, for instance, that you’re one of the many churchgoing voters — Catholic, evangelical and Mormon — repelled by Trump’s vulgarian style, his bigotry and misogyny

Oh, wait. Silly me! If I'm a conservative religious Republican, I wouldn't accept any blame. I would, instead, demand that the Democratic nominee change her whole approach to woo my vote, since as we all know, the conservative white Christian voter is the most important. My vote should really count at least double that of a gay atheist or something.

But on social issues, Clinton and her party aren’t even offering the fig leaf of her husband’s “safe, legal and rare” formulation. They’re for abortion rights without exception


Oh, you mean they are in favor of letting a procedure which the Supreme Court has declared to be perfectly legal remain perfectly legal? What a bunch of radicals!


Or again, imagine that you’re one of the many Americans conflicted about immigration policy — you view immigrants favorably, you find Trump’s rhetoric toxic, but you also favor limits on migration, and you want to make sure that the law is respected and enforced.


So I'm one of, what, like 6 people with this oddly specific viewpoint on immigration? Okay. This one's a no-brainer. I vote for the candidate who doesn't want to deport all the Muslims, doesn't want to round up however many millions of Mexican people are in this country, and doesn't think that she can make a foreign country pay for a structure they don't want by sheer force of will.
Oh, and also isn't endorsed by David Duke.


You would be happy to vote for the Hillary Clinton of the early 2000s, who talked a lot about border security and workplace enforcement.


Well, maybe.  But not if I was a church-going Republican. Because if I was a Republican, I would have spent the last 25 years or so being told that Hillary Clinton is a communist, man-hating minion of Satan. And no rhetorical accommodation she might have made at the convention is going to convince me otherwise.


But that Clinton is long gone. Her party is evolving toward the position that illegal aliens, save criminals and terrorists, should never be deported once they’ve reached our soil, and Clinton herself is committed to a unilateral amnesty even more expansive than the one that President Obama attempted.


See, you just did it. You made a ridiculous claim about centrist Democrats being off-the-charts leftists, then complained that they won't move to the "center" to meet you halfway. When, in fact, on this issue, the Democratic Party has been a bit right of center for a while now. President Obama's very moderate, middling DREAM policy is nothing like a unilateral amnesty. No one is saying that no illegal immigrants should be deported, in fact the Obama administration has deported more immigrants than any other in our history, and there's no indication that Hillary would do any differently.

Yet you're sitting there straight-faced claiming that moderates can't possibly find common ground with HRC's far-out borderless "c'mon in, everyone" policy which just does not exist.


Appreciated them so much that you impeached him over a personal affair?
And then turned those balanced budgets into the biggest deficits in history the moment one of your own took the reins?


But you listened to Hillary’s acceptance speech and you heard the voice of Bernie Sanders — expand Social Security, free college, new infrastructure spending, plus a call for a living wage and a jab at “unfair” trade deals


You know, maybe Democrats are just sick of doing your job for you. You are the guys who always harp about the debt and deficit, yet whenever a Republican gets in the Oval Office, suddenly, debts matter to you as much as they did to me when I got my first credit card. None of you assholes has ever balanced a budget or even reduced the deficit. Bill Clinton had to clean up the mess left behind by Reagan and Bush I. Barack Obama has been lowering the insne deficits left behind by Bush II. Maybe if you guys care so goddamm much about balanced budgets, you should do it yourselves. Quit expecting Democrats to clean up your messes.


As Vox’s Andrew Prokop pointed out, there wasn’t even a nod to entitlement reform or the deficit, no mention of the costs of excessive regulation or the virtues of free trade, no real hint of how this largess might be paid for.


Okay, let's take this point by point.
There was no mention of "entitlement reform" because Democrats don't really like the idea of fucking over the elderly, impoverished, and disabled and calling it "reform."  They don't dislike the idea as much as they should, obviously, but trying to peel a few votes away from the GOP by appealing to the ghoulish, sadistic grandma-starvers out there probably isn't a winning strategy.

Secondly, Fuck your deficit. And fuck you for lumping "entitlements" in with the deficit. You know goddamm well that Social security and medicare don't add a cent to the deficit. You want to lower the deficit? Give up your tax cuts. Chop the hell out of the bloated defense budget. Don't you come after our Social Security pretending you're being "fiscally responsible."

And who the hell still believes in the "virtues of free trade?"  You'd have to have been asleep since NAFTA.


Now it’s true that, if elected, Hillary probably couldn’t implement all of these proposals, and conflicted voters who vote for her and for Republicans down-ballot can feel that they’re voting for compromise rather than pure liberalism.


Also, anyone who is remotely familiar with Hillary Clinton knows that "pure liberalism"  is not a phrase anyone would associate with her.


But strategically there are risks. The Clinton campaign needs to expand on the Obama coalition somewhere to make up for its likely losses among working-class white men.


Um, my neighbor's cat is more left-wing than Obama.

Also, way too extreme in his anti-dog policies.