Why I Hate The Associated Press (chapter 2)

Here is an AP article from today's Atlanta Journal Constitution: 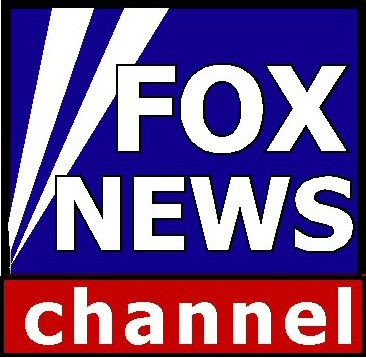 Enabling The Big Lie Since 1996

Now if the AP was doing serious reporting instead of stenography, the next sentence would read: "Mr Cheney was, of course, lying."

But no. The next sentence is just a quote from Cheney.

"I just think it's an outrageous political act that will do great damage, long term, to our capacity to be able to have people take on difficult jobs, make difficult decisions, without having to worry about what the next administration is going to say," Cheney said in an interview aired on "Fox News Sunday."

So now, if the AP understood what the job of a journalist is, they would explain why what Cheney just said was complete bullshit.

At issue is Attorney General Eric Holder's decision to look into abuse allegations after the release of an internal CIA inspector general's report. President Barack Obama has said interrogators would not face charges if they followed legal guidelines.

Now might be the time for the AP "reporter" to point out that looking into allegations of war crimes is the JOB of the Attorney General.

However, the report concluded that some CIA interrogators went beyond Bush administration rules that gave them wide latitude to use severe tactics against detainees such as waterboarding, a simulated drowning technique that critics call torture. Three high-level suspects underwent waterboarding scores of times.

One might be tempted to point out that this report illustrates just how full of shit Cheney is when he claims that the investigation is politically motivated.

But no. Not if one works for the AP.

Cheney called the techniques "good policy," saying he was comfortable in cases where interrogators went beyond what they were specifically authorized to do. The CIA report found they included cases of interrogators threatening a detainee with a handgun and an electric drill.

This might be a good time to point out that whether or not the criminal thinks that the crimes were "good policy" is completely fucking irrelevant.

Cheney said those techniques were "directly responsible for the fact that for eight years, we had no further mass casualty attacks against the United States."

One might point out here that there is absolutely no proof of this and in fact quite a bit of evidence to the contrary.

But no. Cheney's outrageous claim is left to stand unchallenged.

He noted that the Justice Department, during the Bush administration, approved the harsh tactics in legal memos to the White House.

You might think that an astute reporter might point out that during the Bush administration, the Justice Department was crawling with partisan hacks like John Ashcroft, John Yoo and Alberto Gonzales.

"Now you get a new administration and they say, well, we didn't like those opinions, we're going to go investigate those lawyers and perhaps have them disbarred," Cheney said. "I just think it's an outrageous precedent to set, to have this kind of, I think, intensely partisan, politicized look back at the prior administration."

Isn't this about the time that even the laziest reporter contacts someone for an opposing view? Isn't that how it's done these days? If you have a report which states that 99.9% of legitimate scientists are warning about the impending danger of global warming, you then have to quote some troglodyte like James Inhofe and conclude that Well, Gosh! There's still a lot of controversy, I guess the jury's still out on global warming! It seems like you could at least present an opposing viewpoint when the main subject of your article is Obviously Lying.

Cheney was striking out at a Justice Department that has reeled from accusations of bending to White House politics for years, most recently under the Bush administration.

Anyway, it goes on like this for a few more paragraphs. It could have been written by Dick Cheney's public relations team. It's pretty pathetic.

It made me wonder how the new AP would have covered some other major stories.

"Lincoln Had it Coming!" States Booth

"Sic Semper tyrannis!" Stated famed actor John Wilkes Booth in an interview on FOX Telegraph Service. "Mr. Lincoln had no business winning the Civil War, and I think it's just disgusting the way the press is making me out to be the bad guy!"

Booth was referring to newspaper reports which have often referred to him as an "assassin," especially in the days following Mr. Lincoln's death.

"If every time I kill a tyrant, I'm going to be second-guessed by a bunch of Monday-morning quarterbacks, I'm afraid that might have a chilling effect on future tyrannicide," Mr. Booth continued. "Obviously, if future tyrant shooters have to look over their shoulders, wondering if they might be blamed for killing the President, well, I fear for the safety of this country."

Mr. Booth went on to point out that the U.S. has not experienced any Civil Wars since his shooting of Mr. Lincoln. "I don't think that's a coincidence," said Booth.