First up: Bill Donohue on Larry King says that these priests aren't really pedophiles, since most of the boys they abused were post-pubescent. And of course, the real problem with the church is, wait for it. . . .The gays! What a shock! The seething ragetard thinks the gays are the problem!

I can not for the life of me understand why American Catholics allow this hateful moron to speak for them. If I were a Catholic, I would punch Bill Donohue in the dick. Actually, I would anyway, just on principle.

Next, Ross Douthat who is somehow allowed to write for the actual, honest-to-god New York Times, blames the Seventies. Really.

(This picture is not doctored or photo-shopped, he really does look like this!)

In reality, the scandal implicates left and right alike. The permissive sexual culture that prevailed everywhere, seminaries included, during the silly season of the ’70s deserves a share of the blame, as does that era’s overemphasis on therapy. (Again and again, bishops relied on psychiatrists rather than common sense in deciding how to handle abusive clerics.)

Read more at Wonkette: http://wonkette.com/414564/ross-douthat-blames-child-raping-catholic-priests-on-hippies#more-414564#ixzz0jn4GtlE8
Hey, we all did crazy things back in the Seventies, am I right? I know I once took a puff on a Mary-Juana cigartette! Can you imagine? Ha ha, so come on, who among us can honestly say that they didn't molest a few altar boys back then? Things were different then! Once we heard about Plato's Retreat, it was pretty much open season on little boys!

Batting third, it's perennial asshole Newt Gingrich defending people who have made death threats to congressmen and senators who voted for healthcare:

“I’m happy to condemn any effort to engage in personal threats," Gingrich says. "But I think that the Democratic leadership has to take some real responsibility for running a machine that used corrupt tactics that bullied people and enraged much of the American People.”

So, yeah, I really don't like people making death threats, but I gotta say they had it coming. And this is a guy who is probably going to run for president making this morally bankrupt and completely disingenuous argument.

And in the cleanup spot, it's some horrid little person named Monica Crowley writing in the Washington Times in defense of the cop-killer Hutaree Militia:

The Democrats handle dissent by isolating it, smearing it and delegitimizing it in order to crush it. The warning should be clear: If you have small-government, traditional values, you may be considered by your own leadership to be an enemy of the state.

As if on cue, this week, Homeland Security, the FBI and the Department of Justice's Joint Terrorism Task Force carried out raids against a purported "Christian militia group" in the Midwest. According to reports, nine people have been charged with plotting to kill police officers with "weapons of mass destruction." The indictment describes the group as an "anti-government extremist organization" and the FBI special agent in charge, Andrew Arena, cast it as "radical and fringe." That may be, but the description has a conveniently familiar ring to it.

It's mind-blowingly coincidental that these raids on a supposedly "Christian" militia group would come at the exact moment that Democrats were trying to change public opinion on Obamacare by claiming persecution by their opponents. They have cast Tea Partiers, conservatives, independents, Christians and militia members as all cut from the same unstable, volatile cloth. How can anyone take their opposition to the Democrats' agenda seriously when they're toting guns and being raided by Homeland Security and the FBI? They're all nuts, don't you know?

Oh, it's just awful how these poor little "Christian" folks are being smeared by the big bad Obama administration. All they wanted to do was kill a few cops and ignite a civil war! And for that, they're being portrayed as dangerous and unstable? It's all just so unfair!
Posted by Professor Chaos at 4:54 PM 5 comments: 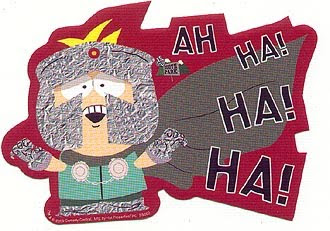