These are from the list of "Coolest Gifts for Men" from Men's Health:

Charge it up via your USB port and the exterior lights up into a glowing LED display. Then set your fitness goals for the day. From that point forward, every movement you make counts as “fuel” as an accelerometer built into the wristband measures your energy expenditure. When it’s glowing red, you’ve got work to do. When it’s green, you’ve earned the right to relax.

Great. Or, you could just realize that you're a grown man and this is America and you can relax whenever you goddamm want, and you don't need a fucking electric douche bracelet telling you when you've "earned" that right.

Yes, we know—usually nothing says "lame Christmas gift" like a pair of socks. But Santa has never seen ones like these. As we said in How to Spice Up a Black Suit, below-the-ankle flair is an easy way to show off your style—and this four-pack from Happy Socks can make even your least style-savvy relative look suave. Feet don't fail you now. $29


Perfect for the obnoxious boob in your life!

It’s hardly the most productive use of your iPhone, but it might be the most entertaining. Griffin’s Helo TC model helicopter turns your phone into an infrared control panel used to steer the indoor miniature RC chopper using a simple, on-screen joystick. The coolest feature: “Recordable” routes that allow you to program a flight pattern—over the couch, through the kitchen, around the dog, and on top of the fridge—and then “play them back” hands-free to the bewilderment of your friends. $50

I thought this was a list of gifts for grown men?

We've come a long way from the wharfs—but the whole dock worker look hasn't lost its cool. For a major step up from the usual wool cap, consider this model from denim stalwarts Stevenson Overall Co.. Manufactured in Japan, these hats were hand-dipped in Indigo dye (which will impress any of your younger relatives), with cotton stitching and threads spun from a hand-powered loom. In other words, they were made with great care to look badass. Mission accomplished. $150

Sure, if you want to spend $150 for a hat that looks exactly like the $5 Wal*Mart hat. And if you have any relatives who are impressed by hand-dipped indigo dye, disown them immediately.

Those $5 drugstore mitts your dad's been rocking for the last few winters just ain't gonna cut it any more. It's time for an upgrade. Get him these cashmere-lined deerskin gloves from Coach, which will instantly elevate any outfit he wears them with while providing luxurious comfort and warmth. Hell, it may even get him excited to go out and shovel the driveway. $148


The ideal gift for the effete, foppish dandy in your life. And if you spent $148 on gloves and he's wearing them to shovel snow, he's just asking for it.


The Art of Shaving Kit

Shaving shouldn't just be a routine—it should be a pleasurable ritual.


Perhaps it should be, but it isn't. And never will be. And really shouldn't be. No ritual involving sharp blades should be pleasurable. No one enjoys a bris.

This four-component kit from the Art of Shaving (a brand that appeared in the 2012 Men's Health Grooming Awards) has got the goods, including a protective pre-shave oil, moisturizing cream, soothing aftershave, and a brush to make sure any skin type stays smooth even after all that scraping. And that’s something every man on your list can appreciate. $60


Every man except ones who exist.

We all know how the holidays can add on some extra pounds. So what better way to get back into shape for the New Year than with DeltaFIT Speed Shred, the all-new workout series from Men's Health metabolic training expert B.J. Gaddour?


It's the gift that says "you're fat and gross. Get moving, fatty!" 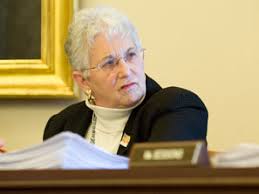 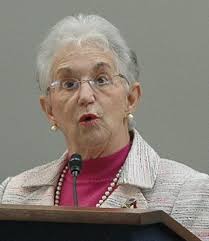