I thought I had heard the absolute dumbest defense of the Washington Football team name when the Missus told me that she heard some doofus on the radio explaining that the name can't possibly be racist, because it's been around for 90 years, and nothing racist lasts that long.

You know, unless you count slavery. Or Jim Crow. Or the Native American genocide. But yeah, racist things never last long.

But no, that was not actually the dumbest defense. That defense can only be delivered by someone as dumb as Dennis Prager.

Why the Left’s Preoccupation with the Redskins?

Given how much evil there is in the world; given how many signs of moral, intellectual and economic decline there are here in America; and given the increasing irrelevance of America to world events, it is fair to ask why the American Left is preoccupied with the name Washington “Redskins.”

The Washington Redskins have been in existence for 82 years. For about 80 of those years, virtually no one, including the vast majority of American Indians, was troubled by the name.

The pressure is relentless. There is more concern in the pages of the Washington Post and the New York Times — not to mention the rest of the left — with the Redskins than with Internal Revenue Service targeting conservative groups for investigation

The angry will tell you that the name “Redskins” is profoundly offensive to American Indians and that they — the angry — are simply more sensitive to racial slurs than others.
This explanation is self-serving, but insufficient.

No, that's sufficient. The name is offensive, that's pretty much all the explanation necessary.

Um. . . says who? We're just supposed to take your word for it, Prager? Do you even know any Native Americans?

Like heterosexual AIDS and so many other crises, this has been entirely manufactured by the left.

Um, what? Are you under the impression that heteroes don't get AIDS? Do you think it's some sort of myth manufactured by the Left? 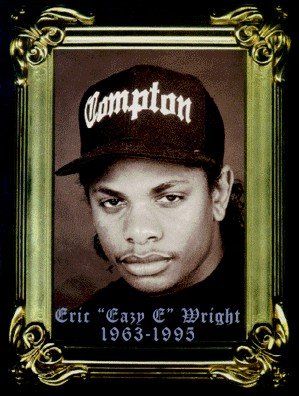 Since 1947, there has been a movie theater, the Redskins Theatre (with the same logo as the football team), in Anadarko, Oklahoma, a city whose population is divided evenly between Indians and whites, and which calls itself the “Indian Capital of the Nation.” Why, in 67 years, have the Indian populations of Anadarko and Oklahoma not changed this theater’s name?


Because the left hadn’t made it an issue. It’s not an Indian issue; it’s a left-wing issue.

Oh, well that settles it, then. There's a movie theater with that name, so it can't possibly be offensive. That really makes sense.

And why is the left so preoccupied?

It isn’t because they are more morally sensitive to injustice. That is what the left believes about itself. But there are other reasons for the manufactured hysteria about the Redskins name. Here are some:

Um, I don't think you have any idea what the word "hysteria" means.

I don't think saying "hey, that name is racist, you should change it" really qualifies as "hysteria." But please, do go on with your "reasons."


First, there is a rule in life: Those who do not confront the greatest evils will confront much lesser evils or simply manufacture alleged evils that they then confront.

No, that's not a rule. That's just some gibberish you made up, On what are you basing this?

This has been a dominant characteristic of the Left for at least half a century. The greatest evils since World War II have been Communism and, since the demise of Communism in the Soviet Union and most other Communist countries, violent Islam — or, as it often called, Islamism.

Okay, let's talk about World War II. Who was it again that wanted to go fight Hitler? And which side of the aisle was it that wanted to be isolationist, and tried to prevent FDR from assisting England in their struggle against the Nazis? And for that matter, was it the Left or the Right that voluntarily went to Spain to fight against Franco's fascist takeover? Ah, who remembers? Oh, wait. Everyone remembers, you disingenuous little weasel.

Islamism is the belief that Sharia (Islamic law) must be imposed wherever possible on a society, beginning, of course, with Muslim-majority countries. These Islamists are, as the British historian Andrew Roberts has noted, the fourth incarnation of fascism — first there was fascism, then Nazism, then communism, and now Islamism.

I thought we were talking about the football team and its racist name? But, sure, why pass up a chance to conflate fascism with communism and both of them with Islam?

Damn those lefties and their lack of desire to attack the Soviet Union! We'd have been greeted as liberators!

Also, we've spent the last, what, thirteen years fighting wars that are ostensibly battles against Islamism, what the fuck more do you want? And I'm pretty sure we can fight Islamism and also critique the US's racism, sexism and homophobia at the same time. We're multi-taskers.

Second, the corollary to the above is that those who do not fight the greatest evils invariably loathe those who do.

Yes, that's why those who do not fight fires always hate firefighters so darn much!
And those who don't fight criminals hate the cops who fight them on our behalf.

Pictured: The most hated men in America.
﻿

Second, the corollary to the above is that those who do not fight the greatest evils invariably loathe those who do. The left hated American anti-communists much more than it hated communists. The left today hates traditional America much more than it hates traditional Islamists. The Redskins name is a symbol of that hated America

Yeah, the left hated anti-communists because they tended to be right-wing reactionaries and a lot of Lefties were a bit naïve about what life in the USSR was really like. But if you're saying that the Left likes the people who stone adulterers, ban homosexuals, and force women into burkas, I'm pretty sure you have no idea what a Leftie is.
And the Redskins name, how is that a symbol of America? The Bald Eagle is a symbol of America. Uncle Sam is a symbol of America, the term "Redskins" is a racial slur directed at the people that America tried to wipe off the face of the continent.

Third, the left has huge nostalgia for the sixties. In the left’s eyes, virtually every one of its causes is as morally urgent as the civil rights battles on behalf of blacks (for which it falsely claims exclusive credit).

﻿
Seriously, show me one example of anyone claiming exclusive credit for the civil rights gains of "the blacks." Also, whenever anyone refers to black people as "blacks," it automatically sets off the racist alarm. Not that the term is necessarily racist, but it just tends to be used by the Archie Bunker types.

Fourth, aside from tearing down another American tradition, and showing how awful America was and remains, the motivating issue here is left-wing self-esteem. Remember it was the left that developed the self-esteem movement. And nobody feels as good about themselves as the left does when it finds another American moral flaw, especially when that flaw is another example of “intolerance,” and racism.

Yeah, and they really had to do some fucking detective work to find the hidden racism in the use of a fucking racial slur as a team name.

Fifth, and finally, the left is totalitarian at heart. Whenever possible, they seek control of others; and they love to throw their considerable weight around. The left-wing president does it so often that the Supreme Court has unanimously shot down his attempts on a dozen occasions.

Let me re-phrase that. The St Louis Post-Dispatch, under pressure from decent human beings just dropped right-wing hack and rape apologist George Will. Although to date, they are the only one out of the scores of papers who run his drivel that has seen fit to rid themselves of this smug little prick, so yeah, those leftists sure have a lot of clout!
That's better.


Under pressure from left-wing professors and students, Brandeis and other universities dropped the few conservative speakers they had invited to this year’s commencement exercises.

Or, one could say that under pressure from decent human beings, Brandeis and other universities saw fit to cancel their plans to have war criminals give commencement addresses.

Forcing the Redskins to do their will is just the left’s latest attempt to force its views on the vast majority of its fellow citizens. That’s why it’s worth fighting for the Redskins. Today it’s the Redskins,tomorrow it’s you.

So, to sum up, the reason the Washington football team should not change its blatantly racist name is that, um, lefties want it to and they're a bunch of jerks, so keep the racist name because Injuns don't mind being called slurs? Am I close here?


Oh, and also, First they came for the NFL team with the racist name and I said nothing because I was not an NFL team. . .