Reince Priebus and the GOP have decided that if they are going to participate in any further debates, well they have a list of demands that must be met first. 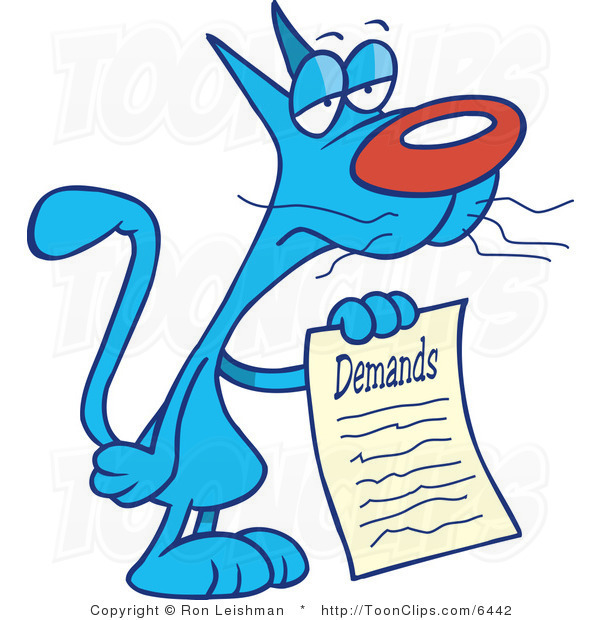 And they actually sent out this form letter detailing those demands. Here are some highlights.

Dear _____:
This letter is on behalf of the 15 Republican Presidential campaigns. We are aware that you are sponsoring a debate on _____ at ______. Below and attached are questions about your debate to which the campaigns would appreciate answers at your earliest convenience, and in any event no later than a month from today.


Or, in other words, "Dear tv channel. We understand that you are going to allow us to use your air time for what is essentially a group press conference. If you intend to provide us with free air time and publicity, we have a few demands to make of you.

The answers you provide to these questions are part of a process that each campaign will use to determine whether its candidate will participate in your debate.

The arrogance of these bastards! In a sane world, every media outlet should, at this point, just say "no, you know what? Not interested. Go have your little dog and pony show on some street corner, shouting at each other through bullhorns from atop overturned milk crates. We will just do the news, thank you." Of course, this is absolutely not a sane world, so the various campaign staffs can make as many ridiculous demands as they want.


Fuck You. Is this how it works now? The fourth estate is supposed to run its questions by you in advance so you can prepare bullshit answers for some and reject others altogether? You're asking the American public to choose you to fill the highest office in the nation. You don't get to pick and choose what questions you will deign to answer.


- The campaigns’ will use the manner in which your debate(s) are run (and changes you say you will make from your past debates), the quality and fairness of your moderators’ questions, their enforcement of the rules and their ability to achieve parity in distribution and quality of questions and time among the candidates to evaluate whether the candidates wish to participate in your future debates.

You know, this is basically a job interview. You don't get to tell potential employers "I'll answer this and that question, but if you're going to ask me about my time in prison, I am so outta here!"

How about this? There's going to be a debate. You can show up, or there can be an empty podium with your name on it. If you do show up, you will be asked questions that we deem fitting. If you are bothered by these questions, feel free to storm off the stage. The grownups will be asked further questions.

- In addition, based on their evaluation of previous debates, the campaigns wish to have in all future debates a minimum 30-second opening statement and a minimum 30-second closing statement for each participant; candidate pre-approval of any graphics and bios you plan to include in your broadcast about each candidate, and that there be no “lightning rounds” because of their frivolousness or “gotcha” nature, or in some cases both.


All right, most of that is reasonable. Allowing for an opening and a closing statement seems fine. And God knows those "lightning-round" question-type things are insultingly stupid. But you think you should have pre-approval of what parts of your bio the network presents? I call bullshit on that. I'm pretty sure the viewers are not going to get an accurate idea of who you are if you're allowed to, for instance, say "you can tell them that I'm a wealthy business tycoon, but you may not mention my multiple bankruptcies."

In addition to addressing the above points, please answer the following:
 Where and when will the debate be held?


Wait. Is that really an issue? Has there been a problem in the past where a network held a debate and didn't tell the candidates when or where? Like Santorum is knocking on the door of an empty auditorium saying "It's tonight, right? They said it was gonna be here, right? No? Hello? Anyone?'


Because if these fuckers think they're going to ask me questions from a seated position, they got another think coming! If I have to stand throughout this whole thing, by God so do they! Or so help me I will NOT show up for this debate!


Because it's noe thing for us to say the things we do on some basic cable shitstation no one watches, but if this stuff is going to be getting out to the general public, then we're going to have to do some serious editing!

 What format do you envision – podiums, table, other?


How could that POSSIBLY make any difference?
And of course it's going to be podiums. This is a Presidential debate, not Doug Loves Movies! 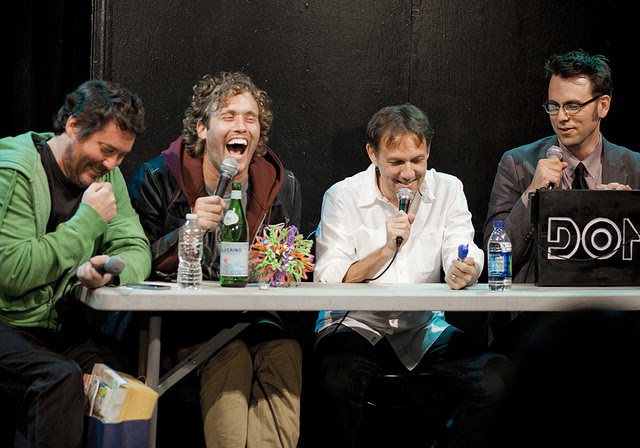  Will there be questions from the audience or social media? How many? How will they be presented to the candidates? Will you acknowledge that you, as the sponsor, take responsibility for all questions asked, even if not asked by your personnel?


Because Goddammit, we better not be getting a bunch of questions from the fucking voters!
If any taxpayers end up asking us anything, that is on you!

 What is your proposed length of the debate?

 Will there be opening and closing statements. How long will they be?

Well, you've already demanded that, and I'm guessing if we're still reading this far, we must have already agreed to it. Remember? "Minimum 30-second opening?" And "minimum 30-second closing?" Remember? It was like two paragraphs ago, and it was you that said it!

 Will there be a gong/buzzer/bell when time is up? How will the moderator enforce the time limits?

Yeah, I think we'll go with the gong.

 Will you commit that you will not:


Wait. So you're asking the moderators to prevent your candidates from doing things like asking each other questions? You're saying that your candidates can't possibly be expected to control their own behavior, so the moderators are going to have to be the grownups in the room and make them not do these things? How are you going to stop a candidate from making a pledge? One of these guys starts saying "and if I'm elected I pledge to you that I will . . ." and you're going to jump in and say "woah, governor, I thought we agreed? No pledges? Remember? We said no pledges tonight and then after the debate we'll have ice cream, remember? And we said we were going to use our inside voices, and not bother the other nice candidates with our questions? And remember we said that props are for playtime? Not for during the debate? Remember?"

o Use behind shots of the candidates showing their notes

Because, really, everyone totally believes that these clowns are answering questions off the cuff. We've totally got everyone fooled, don't blow that for us!

o Leave microphones on during breaks


Because there's a pretty good chance at least one of us will pull a Robert Durst.


Anyway, it goes on in that vein. It's basically an open letter stating "we are a bunch of giant babies, don't pick on us! And also one of us should be the leader of the Free World."