Watching football over the weekend, we were bombarded with promos for the new Fall TV line-up. Here are a few observations:

Ooh, Tim Allen's triumphant return to prime-time television? There must be literally tens of people eagerly anticipating this one! And it's a show about how men and women are different? What a fresh, original concept!

Boy, this Whitney person better be awfully damn charismatic, because they are clearly banking on her likability to such a huge extent that they haven't bothered to write any jokes. When "your breath is crazy bad" is one of your big laugh lines, you have a serious problem. When manufacturing a situation in which Whitney accidentally sort of moons her boyfriend's parents is considered what, clever? edgy? ribald? whatever, your show is in big trouble. I honestly don't see why anyone would bother to tune in to this show.

Oh. Okay, but still. How many horrible sitcom jokes are even  teenage boys going to sit through in hopes of seeing a little leg?
I would say that this show has no chance of succeeding if I hadn't been so wrong about
3. GLEE.

Yes, apparently Glee is coming back for another season.  The big joke in the promo involves a teacher asking the class what is the capitol of Ohio and a student answering "O." It's like the kind of joke that would have been printed in Highlights magazine in the 70's.
I watched one episode of Glee, well not the entire episode, I'm not a masochist, because it was getting a lot of buzz its first season and I really like Jane Lynch, but holy shit was that show terrible! It's just several minutes of stale sitcom humor broken up with gawdawful variety-show song and dance numbers. You could play this show to captured soldiers to get them to give up state secrets, but I'm pretty sure it would violate the Geneva conventions.
So how can a show this objectively horrid become so popular? I blame the Disney Channel. I think we have a generation of young people who grew up having their intelligence debased and their tastes molested by shows like High School Musical who think that Hannah Montana was a legitimate form of entertainment and the Jonas Brothers were a rock & roll band.
4. Terra Nova. 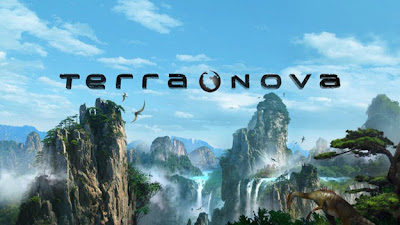 If I understand the premise, a group of people go way back in time to sort of get a do-over on the whole human race thing so maybe humans won't screw it up so badly this time? But if you were going to do that, go back in time to the dawn of humanity, wouldn't go to a post-dinosaur era? It just seems like common sense. Rebuilding civilization would be hard enough without constantly having to run from giant carnivorous lizards.
Also, if your promo is going to contain the line "like nothing you've ever seen," shouldn't it be required to follow that line with "unless you saw Jurassic Park. Or Land of the Lost.  But assuming you missed both of those, then yeah, this will be like nothing you've ever seen!"

Maybe the dumbest premise for a show I've ever heard. Apparently the creepy nerdy guy on the left has access to all the Homeland Security spy equipment and can somehow know when someone is about to be involved in a violent crime. That would be dumb enough, but here's the kicker: he doesn't know whether they are going to be the perp or the victim! That's some pretty shitty spying, there. You can't tell whether the person of interest is minding his own business about to be attacked or is doing this? 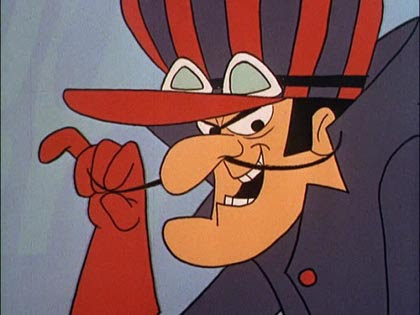 Seriously, either I am completely misunderstanding the premise of this show or this show is goddammned retarded.
Oh, and speaking of retarded, I know this is a movie, but holy shit:


Did someone really just make an action movie based on Rock 'em Sock 'em Robots?

Also, the people who made this movie know nothing about fight fans. They aren't interested in seeing two robots fight, they want to see blood. They want to see pain. They want to experience sadism vicariously. This may be the stupidest movie ever made.
Posted by Professor Chaos at 5:58 PM 3 comments: