It's Open Season On Minors

WASHINGTON (Reuters) – Governments cannot ban the sale or rental of violent video games to minors because it would violate free-speech rights, the U.S. Supreme Court said on Monday in its first ruling in a video game case.
By a 7-2 vote, the high court struck down a California law, which also imposed strict video game labeling requirements, as unconstitutional. It said video games, like books, plays and movies, deserve free-speech protection.

So, if you can't restrict the sale of violence to minors, I have to assume that the same principle applies to sex + nudity, right? Now you no longer can put an "Adults Only" sign on the door of the strip club or say that you have to be 18 to purchase Huslter Magazine, I guess. Because either the Supreme Court is saying that exposing children to graphic violence is less harmful than exposing them to a naked lady, or they're saying that they don't care if repeated exposure to super-violent imagery is harmful to minors.

That's how I'm reading this, anyway.

I thought that we had a long tradition in this country of saying that, say, X-rated books or gory movies are afforded the protection of the First Amendment, but that doesn't mean that you can sell them to kids. You can ban the sale of porn to children without infringing on the First Amendment rights of the pornographer. This decision seems like a pretty radical departure from that principle. I'm getting used to radical decisions from this court, but I really don't get this. Why would they want children to be able to buy a "Grand Theft Auto," or whatever other ultra-violent mayhem-based games there are. What would be the motivation for this decision?

The ruling was a victory for video game publishers, distributors and sellers, including the Entertainment Software Association. Its members include Disney Interactive Studios, Electronic Arts, Microsoft Corp and Sony Computer Entertainment America.

Let's see if Larry Flynt and Al Goldstein get the same treatment from the Supremes. 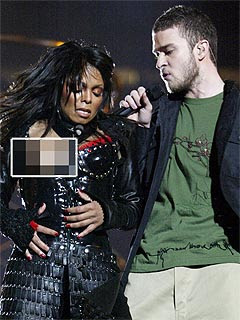 Is horribly harmful to children.


This, on the other hand,

Is apparently fine.
Posted by Professor Chaos at 5:52 PM 4 comments: