Eight Events which should be eliminated from the Olympics.


1. Basketball
Because, geezus, isn't there enough fucking basketball on the rest of the year? We just finally finished with the 6-month NBA playoffs, now do we really want to watch an NBA all-star team beat Gadzookistan by 70 points? That's not fun for anyone. It's already well established that the US is the world's dominant basketball country. Let's just retire Olympic basketball

2. Anything involving a horse.
Unless the medals are going to be awarded to the horse, because the horse is the only one doing any work. I'm sure it takes a certain skill to get a horse to jump over things, but where's the athleticism? I assume the equestrian events were included to give a sort of gentlemanly air to the Olympics, or to have at least one event that couldn't be won by some commoner, but they seem awfully anachronistic now. And it's a pretty good rule of thumb that if it can be done while wearing a top hat and tails, it ain't a sport.

This guy is the Micheal Jordan of his "sport."
3. Shooting
Because there really isn't anything athletic about pulling a trigger. It's like flicking a lightswitch or changing channels with a remote.  I know there's a lot of skill involved in shooting small targets over great distances, but a lot of things take skill and we don't call them sports. You don't see chess matches on ESPN. (or maybe you do, I don't know) No one calls billiards a sport. If you're not at any risk of breaking a sweat, it's probably not a sport. 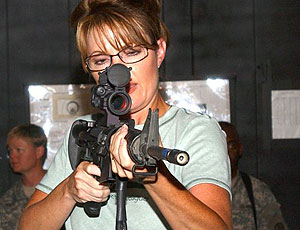 4. "Sprint" cycling
Have you seen this shit? The first half of the race seems to be a contest to see who can go the slowest without tipping over. But even before that, the coaches have to push the cyclists out to the start, hold them steady then push them off like fathers who just removed their sons' training wheels.


Eventually it turns into an actual race, but by then you've just completely lost me.

5. Badminton
Because whatever amount of skill and athleticism are involved in this sport are just completely overwhelmed by the sheer silliness of grown men playing badminton.

6. Tennis
Because every year, EVERY SINGLE YEAR, there are at least 4 tennis events more important than the Olympics. Wimbledon, the US Open, The French Open, and the Australian. And it's the same damn players in the Olympics, so what's to get excited about?

7. Diving
Not most diving. Most of the diving is great. I have no beef with diving from the springboard or the high dive. I have no objection to the pike or the tuck position dives. My only objection is to the dives in the position which has come to be referred to at the Chaos Compound as the "taint" position, or the "hey, get a load of this" position.

Honest to God, dude. No one wants to see that.

8. Fencing
Because when you hear fencing, you think you're going to get this

But you generally get one fencer lunging at the other, then a buzzer goes off.


It's the most anti-climactic event imaginable.