Headline From Crooks And Liars.Com:

Paul Stanley has resigned after his affair and blackmail 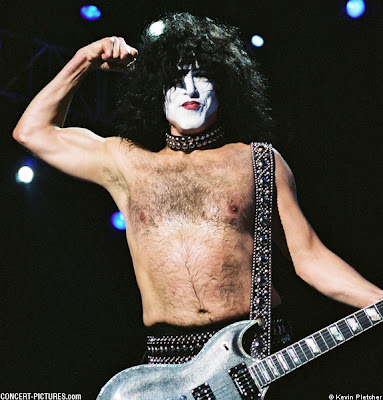 Sen. Paul Stanley, R-Germantown sent a letter of resignation to Lt. Gov. Ron Ramsey this afternoon after allegations that a Clarksville man had tried to blackmail the senator with nude photos of an intern taken in Stanley’s Nashville apartment.

Earlier today, Senate Majority Leader Mark Norris told a Memphis TV station that Stanley should “do the right thing for his family’s sake and for the sake of his constituents” and step down so a new election for his seat can be held.Norris said in a statement released Tuesday that Republican leaders have been working behind the scenes for about a week to get Stanley to step down. Stanley told agents from the Tennessee Bureau of Investigation that he had a sexual relationship with the intern, McKensie Morrison, a 22-year-old Austin Peay student from Dickson, but has declined to speak publicly about the matter. He may be doing an interview with a Memphis radio station within the hour.

Just another right wing family values creep gets exposed. Sex for him but not for thee. How long will it be until he starts quoting the Bible? Maybe he should email Mark Sanford for some spiritual advice. Unfortunately for him, Sanford already took the ever popular "God is on my side," line. I'm sure he'll find another.

More and more info about the "Family" or "Fellowship" or "C-Street" group has been trickling out lately. The Mom has a good summary. Check it out. (LINK)


Also, you can read Jeff Sharlet's report on the daily beast (here)
Posted by Professor Chaos at 8:02 PM No comments: