Charles Krauthammer Is Not Good At Understanding Things. 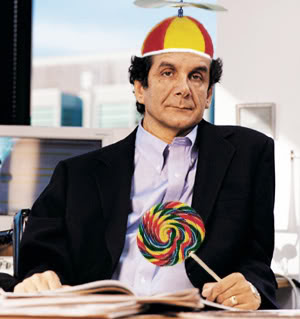 The myth of '08, demolished

How many ways can Charles Krauthammer be wrong in one column?

Well, this may technically true, but only because moderate Democrats are afraid of their own shadows. But really, why should two gubernatorial elections that no one gives a fuck about affect the passage of health care reform? The people of new jersey ousted a Democratic governor who was widely viewed as incompetent and corrupt. Oooooohhhh, shiver! Virginia elected a republican governor? Shock! horror! The Democratic candidate, Creigh Deeds, ran a horrible campaign. Here's Oliver Willis' 2-sentence analysis of the Deeds campaign: He opposed cap and trade and said he would opt out of the public option. Way to suppress the base vote, dude.

So the democrat who opposed Barack Obama's policy initiatives lost.

But the most important effect of Tuesday's elections is historical. It demolishes the great realignment myth of 2008.

Really? The Republicans picked up two governorships, while Democrats picked up a Congressional seat they hadn't held in over 100 years. Not exactly a landslide, Chuck.

In the aftermath of last year's Obama sweep, we heard endlessly about its fundamental, revolutionary, transformational nature. How it was ushering in an FDR-like realignment for the 21st century in which new demographics -- most prominently, rising minorities and the young -- would bury the GOP far into the future. One book proclaimed "The Death of Conservatism," while the more modest merely predicted the terminal decline of the Republican Party into a regional party of the Deep South or a rump party of marginalized angry white men.
Honestly, the decline in the Republican electorate had a lot less to do with Mr. Obama than it did with the Gawd-awful job Mr. Bush and Congressional Republicans had done in the recent past. That's why the Democrats took majorities in both houses in the 2006 elections in which Mr. Obama was not running. People were fed up with the incompetence and malfeasance of the Bush administration and his colleagues on the Hill.

This was all ridiculous from the beginning. The '08 election was a historical anomaly. A uniquely charismatic candidate was running at a time of deep war weariness, with an intensely unpopular Republican president, against a politically incompetent opponent, amid the greatest financial collapse since the Great Depression. And still he won by only seven points.
See, like I said. People were sick of the war (Bush), there was an intensely upopular president (Bush), Greatest financial collapse (Bush), and John McCain was seen as an extension of Bush. Barack Obama's personal charisma was not exactly the defining factor here.

What happened? The vaunted Obama realignment vanished. In 2009 in Virginia, the black vote was down by 20 percent; the under-30 vote by 50 percent.

Remember two paragraphs ago, when you scoffed at the idea that the Republican Part should be seen as a party of "angry white men?" 'Cause it kinda seems like you're now saying that the young folks and the minorities not turning out is what got the Republican elected in Virginia. So the Republican guy wins when it's mainly old white men voting, but no, the republicans are not the old white guy party! 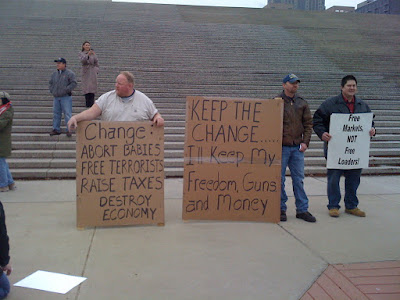 White House apologists will say the Virginia Democrat was weak. If the difference between Bob McDonnell and Creigh Deeds was so great, how come when the same two men ran against each other statewide for attorney general four years ago the race was a virtual dead heat?

Oh, I don't know. Maybe because no one cares all that much who the state attorney general is? Maybe people pay more attention to the governor's race, especially since gubernatorial candidates do way more advertising on the TV?

Which made the '09 McDonnell-Deeds rematch the closest you get in politics to a laboratory experiment for measuring the change in external conditions. Run them against each other again when it's Obamaism in action and see what happens. What happened was a Republican landslide.

Oh. That makes total sense. Unless you look at the exit polling.

Still, majorities of voters in both states (56 percent in Virginia and 60 percent in New Jersey) said President Obama was not a factor in their vote today. Those who said Mr. Obama was a factor in New Jersey divided as to whether their vote was a vote for the president (19 percent) or against him (19 percent). In Virginia, slightly fewer voters said their vote was for Mr. Obama (17 percent) than against him (24 percent). (source)

The Obama coattails of 2008 are gone. The expansion of the electorate, the excitement of the young, came in uniquely propitious Democratic circumstances and amid unparalleled enthusiasm for electing the first African American president. November '08 was one shot, one time, never to be replicated.

Yes. those young people will never vote again. That was the one time that that particular generation of voters will ever ever go to the polls.

The irony of 2009 is that the anti-Democratic tide overshot the norm -- deeply blue New Jersey, for example, elected a Republican governor for the first time in 12 years -- because Democrats so thoroughly misread 2008 and the mandate they assumed it bestowed.

No, as previously discussed, the democratic governor of new Jersey was very unpopular and widely believed to be corrupt. No one in New Jersey went to the polls thinking "I'm going to vote for Chris Christie to demonstrate my belief that the Democrats misinterpretted the results of the 2008 election. (pulls lever) There! That'll show 'em! Hey Democrats! I got yer mandate right 'ere!" 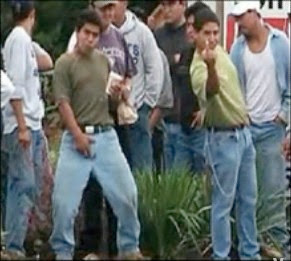 Obama saw himself as anointed by a watershed victory to remake American life. Not letting the cup pass from his lips, he declared to Congress only five weeks after his swearing-in his "New Foundation" for America -- from remaking the one-sixth of the American economy that is health care to massive government regulation of the economic lifeblood that is energy.

Where to begin with this one? First, the Messianic imagery. That's all in your head, Chuck. just because you and a bunch of other douchebag pundits want to keep implying that Obama has some sort of messiah complex doesn't make it any truer.
Second, why do you act shocked that Obama would try to act on the platform on which he ran? You act like he kept all his plans a big secret, and people voted for him just because of his bright smile or whatever, and then he sprung these ideas on us out of the blue. People voted for him because they wanted healthcare reform and they wanted a president to adress the climate crisis.

Moreover, the same conventional wisdom that proclaimed the dawning of a new age last November dismissed the inevitable popular reaction to Obama's hubristic expansion of government, taxation, spending and debt -- the tea party demonstrators, the town hall protesters -- as a raging rabble of resentful reactionaries, AstroTurf-phony and Fox News-deranged.

Gee, where would they get that idea? The tea-paties were relentlessly promoted on FOX, sponsored by Dick Armey's lobbying firm, and many featured appearances by FOX on-air personalities. (Here in Atlanta, we got Sean Hannity)

And will you jokers stop saying that Obama has Expanded taxation"? Everyone earning less than $200k a year (most Americans) got their taxes CUT by this administration. See, this is the kind of misinformation that these teabaggers get from FOX and from you, and from a bunch of other lying assholes that get these people up in arms to defend the upper income bracket from any possible tax increase while they think they are defending themselves.

And no president in modern times expanded government more than your guy Bush. Under the Bush administration, we got an entire new Federal department (Homeland Security), the expansion of government survreillance programs, and the Federal Government deciding it had the right to void habeus corpus if it wanted to, violate FISA laws if it wanted to, and authorize torture if it wanted to. For eight years, you assholes were fine with all this, and now, NOW you suddenly develop a fear of government power? Now you're all suddenly civil libertarians? Fuck you! Where the fuck were the tea parties when the previous administration was using the Constitution as toilet paper?


Some rump. Just last month Gallup found that conservatives outnumber liberals by 2 to 1 (40 percent to 20 percent) and even outnumber moderates (at 36 percent).

Yeah, that's interesting. Of course, a majority do support a public option (despite all the tea-party propaganda against it) and a large majority were in favor of the increase in the minimum wage. And Barack Obama's approval rating is still over 50% with a disapproval rating of 42% , (source) but yeah. Clearly there are way more conservatives.

Oh, and let's see whom Americans trust on the subject of healthcare:

That would be President Obama 55%, Republicans 37%.

So on Tuesday, the "rump" rebelled. It's the natural reaction of a center-right country to a governing party seeking to rush through a left-wing agenda using temporary majorities created by the one-shot election of 2008. The misreading of that election -- and of the mandate it allegedly bestowed -- is the fundamental cause of the Democratic debacle of 2009.

Debacle? Debacle. Do you have any idea what the word debacle means? It doesn't mean losing two governorships. Losing majorities in both houses and the White House in the span of two elections, now that's a debacle!