Let's check in and see!

What if Mother Mary had Obamacare?

For one thing, the byline states that this column is a "WorldNetDaily EXCLUSIVE!"

But do a quick Yahoo! search, and this turns up:

Chuck Norris : What if Mother Mary Had Obamacare? - Townhall.com

What if Mother Mary Had Obamacare? - HUMAN EVENTS

What if Mother Mary had Obamacare? - Yes Weekly

So, this claptrap is published on at least 3 other BS sites.

But anyway, do tell, Chuck. What if Mother Mary had "Obamacare?"

For one thing, she might have given birth in a maternity ward instead of a filthy stable.

Lastly, as we sit on the eve of another Christmas, I wonder: What would have happened if Mother Mary were covered by Obamacare? What if that young, poor uninsured teenaged woman were provided the federal funds (via Obamacare) and facilities (via Planned Parenthood, etc.) to avoid the ridicule, ostracizing, persecution and possible stoning because of her out-of-wedlock pregnancy?

Really? You seriously think that the Angel Gabriel would appear to Mary, tell her that she is going to bear the Savior of all mankind, and Mary would have just said "oh, fuck this, I'm getting me one of them free guv'mint abortions!" Is that what you think? Really?

Will Obamacare morph into Herodcare for the unborn? Imagine all the great souls who could have been erased from history and the influence of mankind, if only they too would have been as progressive as Washington's wise men and women!

Okay, how about this? We make a rule that no one is allowed to get an abortion if she is a virgin? And has been visited by an angel. And the angel told her that the baby she would have was the son of God. Then no abortion! How would that be?

Imagine all the Great souls. . . Did you know Sadam Hussein's mother was considering having an abortion? And some zealot talked her out of it? (or so I've heard) Why do people always make these arguments about aborting the next Beethoven or the next Ghandi or whatever? What if she aborts the next Jeffery Dahmer? Or the next Billy Joel?

And, most of all, Washington needs to run our government as Thomas Jefferson outlined, when he wrote in 1809, "The care of human life and happiness, and not their destruction, is the first and only legitimate object of good government."

And then he fucked his slaves.
And by the way, wouldn't expanding healthcare be an example of the care of human life and happiness? Or are we only counting un-born Americans? Because once they're born, it's apparently OK to send them off to be killed in some god-forsaken desert for no earthly good goddamned reason.

One last "thought" from Chuck:

The big question and bottom line, as Sen. Orrin Hatch, R-Utah, asked, is: "Why should people of conscience be forced to participate in any aspect of abortion?"

Gee, I don't know, why are people of conscience forced to fund an illegal, immoral, and ill-advised war in a country that had fuck-all to do with 9/11?
Why are people who are opposed to the death penalty required to have their tax dollars pay for the lethal drugs injected into the condemned? It's called living in a society, dimwit. Once the majority has decided what it believes to be in the best interests of the society, we are all compelled to go along. And we are free to complain and we are free to influence public opinion, and change minds, and we are free to support opposing candidates to try and change the direction of the society, but we don't get to just decline to participate. This is how societies work. Try and keep up.

Posted by Professor Chaos at 11:16 PM No comments:

Sarah Palin Finds Something Else She can Quit!

Damn, she's good at quitting things! She can even quit her vacation halfway through!

(although, I suppose technically, you have to be employed in order to actually have a vacation, let's just say she quit her trip to Hawaii halfway through)

Todd and I have since cut our vacation short because the incognito attempts didn’t work and fellow vacationers were bothered for the two days we spent in the sun. So much for trying to go incognito. 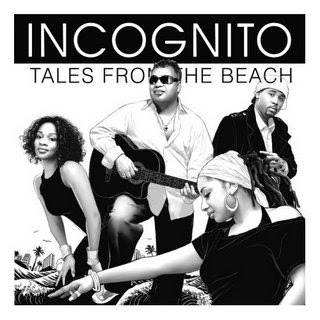 Incognito? Seriously? Do you even know what incognito means? See this?

You on the other hand, this is your attempt at incognititude:

What is the thought process here? A-ha, no one will recognize me if I put on a visor! Oh, crap! this visor is left over from the McCain campaign! I know! I'll just cross out his name! Problem solved! To the Beach!

See, you have actually become a very recognizable person, due largely to the fact that you are a shameless, unrelenting publicity whore, so if you were actually trying to go incognito, you'd have to oh, I don't know, maybe put the tiniest bit of effort into it?

But of course you weren't really trying to go incognito, were you?

The very idea of you shunning the spotlight is as absurd as the thought that you might cut short your trip out of concern for "fellow vacationers." You might as well say that you're quitting because it's the right thing to do for America, or for the people of Alaska, and it's all about family and not being a quitter. Oh, that's right, you used all those up when you quit being governor!

Posted by Professor Chaos at 10:49 PM No comments:

James Inhofe Now an Embarrassment to Entire US

James Inhofe used to be just an embarrassment to the people of Oklahoma (although most Oklahomans have yet to realize this) but now he's going overseas to make us look bad in front of the cool countries.


(from Politico)
COPENHAGEN — Sen. Jim Inhofe flew across the Atlantic and — on little sleep — braved the snow, the cold and the dark to deliver his skeptical message at the international climate conference.

How has this dunce not had his passport revoked? Everyone knows you keep the crazy uncle locked in the basement so the neighbors don't see him.

The ranking Republican on the Senate Environment and Public Works Committee hoped to spread two messages in Copenhagen: Global warming is a hoax, and there’s no way the Senate is going to pass a cap-and-trade bill.

Oh, God! How can we expect other countries to take us seriously when this dolt is representing us on the international stage?

What he found when he got here: a few aides and a single reporter.

“I think he’s going to be a little disappointed,” one of his aides remarked.

But Inhofe’s aides eventually rustled up a group of reporters, and the Oklahoman — wearing black snakeskin cowboy boots — held forth from the top of a flight of stairs in the conference media center.

Yeah, that's a mistake. When your boss is James Inhofe, it's probably best to shield him from the international press.

A reporter asked: “If there’s a hoax, then who’s putting on this hoax, and what’s the motive?”

See, these aren't American reporters. They aren't required to pretend to take you seriously. They don't need to act like your ridiculous ideas count as much as the considered opinions of all the legitimate scientists in the world, lest they be accused of liberal bias.

A reporter asked: “If there’s a hoax, then who’s putting on this hoax, and what’s the motive?”

“It started in the United Nations,” Inhofe said, “and the ones in the United States who really grab ahold of this is the Hollywood elite.”

The United Nations? Are you sure you don't mean the Freemasons? Or the Illuminati? At least make your conspiracy theory interesting, if not at all believable. And whomever you decide to accuse of being behind the conspiracy, take the time to assign them a motive. Say the U.N. owns stock in a solar energy company, or the Hollywood Elite want to make everyone afraid of rising oceans so they can have all the killer waves to themselves.

". . . the ones in the United States who really grab ahold of this is the Hollywood elite.”

One reporter asked Inhofe if he was referring to California Gov. Arnold Schwarzenegger.

Another reporter — this one from Der Spiegel — told the senator: “You’re ridiculous.”

He's got a point, Senator!

Posted by Professor Chaos at 4:23 PM No comments: