Worst Argument Ever Against DADT Repeal

So apparently, there is a website called (ironically enough) "The American Thinker." And apparently, this website employs someone known as "Robin of Berkeley." I can't find any pictures of Ms. OfBerkeley, so I will just go ahead and assume that this is a fairly accurate artist's rendition:

By Robin of Berkeley

The debate about repealing "Don't Ask, Don't Tell," now passed into law, has triggered a long-repressed memory of mine from the '70s.

Wow, a memory repressed for almost 30 years! It must have been horribly traumatic! Were you attacked by a gang of "wilding" youth? Witness a murder? Did you see terrible things in 'Nam?

It was when I was hit on by a woman.

Oh my God, that must have been horrible! Wait, what? When you say "hit on," do you mean she assaulted you? Tried to force you into sex? Groped you against your will? What horrible thing did this woman do?

I was changing in the locker room when one of the women in the class, Judy, stared at me lasciviously.  I automatically turned away and got the heck out of there.

Um, yeah. Okay. That's what your subconscious repressed for almost 3 decades? Being looked at?
I mean, granted, if that did really happen, I could see where that would make you uncomfortable. Of course, I'm used to it by now, being the insanely handsome devil that I am, but sure, I could see feeling a bit awkward.

I felt unnerved, repelled.  Guys had looked at me that way.  And if I liked them, then I relished the attention.  But a girl eyeing at me that way?  That made me very uncomfortable.

Usually, this sort of paragraph is preceded by the phrase "Dear Penthouse Forum. . ."

At the time, my reaction proved beyond a shadow of a doubt to me that I was straight.

Fortunately, at that time, there wasn't any peer pressure on youth, at least in that realm.  Back then, the media and the schools weren't pitching homosexuality.

Okay, first of all, in what time period did you live in which there was no peer pressure? The Mesozoic? And secondly, who the hell is "pitching homosexuality?" And is that supposed to be a pseudo-clever "pitcher/catcher" joke?  'Cause it's been done to  death.
Seriously, though, who is "pitching homosexuality?" The media? I can't remember the last time I saw a  gay character on TV. Oh, wait, I saw a rerun of Will and Grace the other day. But somehow, I managed to not get turned gay!

ooh, that almost did it!

And I haven't been in a school for quite a while, but I think there would have been quite an uproar if the teachers were giving how to be gay lessons to the kids. Remember the hue and cry over "Heather Has Two Mommies?" Just having a book in the library that acknowledged that some people are gay was too much of an outrage for parents to tolerate. 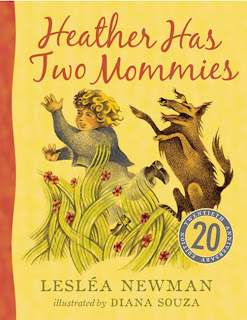 Of course, we live in different times.  If the same incident happens to a young girl today, she feels pressured to loosen up, lighten up, and experiment.  This is why polls show that an astounding number of girls from 13 to 21 have had least one lesbian encounter.

Well, it's hard to argue against that kind of evidence. An astounding number, you say? Why I remember just a few years ago when it was merely a surprising number. Of course, in my day,  only a paltry number of teen girls had "lesbian encounters," so that proves, um, something? I guess? By the way, this is what I found about that "astounding number" using a research method known as "googling it":
(source)

You may have seen this amazing news headline: 1 in 10 Teens Has Had a Same-Sex Partner. The story on AOL Health begins this way:
Nearly one in ten teens has had a same-sex partner — double what previous research has shown, according to a surprising new study. . .
The only problem with this revelation is that it’s false. If the reporter for AOL had taken time to read just the abstract for the Pediatrics article she may have seen the heading “CONCLUSIONS” (in all caps) and noted this summary:


Of sexually active adolescents, 9.3% reported a same-sex partner, a higher estimate than other published rates.

AOL speaks of 1 in 10 teens; the original article concludes 9.3% of sexually active adolescents reported a same-sex partner. There’s a big difference. The survey analyzed data from 17,220 teenagers. Of those, 7,261 (or 42%) reported having had sex. So according this study 58% of teens are not having sex with anyone and 9.3% of those have, had same-sex partners, or 3.9% of the total sample.

Back in my day, it would have been odd for a girl to have a homosexual experience.  These days, the oddballs are the kids who don't give in to peer pressure.

And the pressure is not just from other kids.  Television shows, magazine articles, even some teachers shout out the message to indulge in every possible sexual predilection.  Rather than "give peace a chance," the new national vibe is give hedonism a chance!

A couple of years ago, in my leftist days, I would have been a strong proponent of repealing "Don't Ask, Don't Tell."  But now that I take a few moments to actually think about things, the commingling of out-of-the-closet gays and straights in our military seems like a disaster in the making.

Given the stresses of service -- long stretches away from family, depression, and loneliness, not to mention the adrenaline surge of war -- isn't it a potential problem for so much sexual tension to be circulating in the air?

You know, it's not prison!

They do get shore leave. They do have access to potential sexual partners of whichever gender they prefer.


Frankly, I'm even questioning whether men and women should serve together for long periods of time in such intimate circumstances.  Hasn't that alone led to unintended pregnancies and affairs?

No, serving together for long periods doesn't alone lead to unwanted pregnancies. You see, when a mommy and a daddy really love each other, and they want to make a baby. . . you know what, just ask your mom.


Personally, I wouldn't like it one bit if I were stuck in a tent -- or a submarine -- with someone like Judy.

I'm sure it wouldn't be a day at the beach for Judy, either. Of course, part of being in the military is doing things that you don't like one bit, like, say, getting shot at. Why should having to bunk with Judy be any different? "Sarge, I'll go charge that machine-gun nest at the top of the hill through the minefield, but I can't share a tent with Judy, she makes me feel uncomfortable."

Progressive readers will brand me a homophobe for saying what I'm saying.  I'm not homophobic, but I am a realist.

Well, if that doesn't prove it, I don't know what does. Just like I may be afraid of heights, but I'm not an acrophobe.


War creates a level of stress that we civilians cannot understand.

But why should we let that stop us from opining on it?


It's not coincidental that most of the politicians voting to repeal "Don't Ask, Don't Tell"  have never served in the military themselves.

Well, I'm pretty sure that Admiral Mike Mullen did. I think General Colin Powell did also. And they both came out in support of the repeal. So did 70% of active duty troops who answered the Pentagon's survey.
But I guess that doesn't mean a whole lot when stacked up against the fact that you once got ogled by a woman in a locker room.