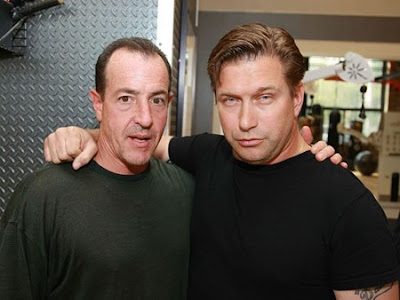 
Listen, Mike. Whatever problems your daughter has (and Hoo Lordies, she's got plenty!) are at least 50% your fault. Here is a list of possible courses of action you might take to try and make things slightly better.

1) hang your head in shame.

2) hang yourself in shame.

3) stay the hell out of the public eye.

But no, you've chosen to actively make things worse. What the hell would motivate you to post shit like this on the interwebs?

While I was enthused that Ali was with Lindsay, rather than SaMANtha, I am torn to see that SaMANtha has once again manipulated Lindsay into leaving her little sister in LA, only to join SaMANtha on another DJ gig in Boston.

Good God, you're clever! I see what you did there, emphasizing the word "MAN" in Samantha to imply that women who are attracted to other women are not really women at all! Give me a minute to roll on the floor. . . .

. . .Ok, I'm back. Ya know what,here's something you might not have thought of. One of those women who loves other women is, um, YOUR DAUGHTER, YOU MORON! Openly mocking your daughter's sexuality in a public forum, hmmm. . . I'm not a father myself, but I'm pretty sure that's the sort of thing that would be described as poor parenting. In fact, I'm pretty sure that fathers are not supposed to humiliate their daughters with open displays of hostility. Well, at least you didn't belittle her spirituality. What? Really? No I haven't seen newspaper "The daily Mail" recently, why? What does it say?

Lindsay Lohan wants to convert to Judaism to prove her love for Samantha Ronson, according to Page Six:

Lohan flew to to attend the bar mitzvah of Ronson's half-brother, Joshua. "She's explored the , she tried kabbalah, and now this. I think it's just another phase," her estranged father Michael Lohan, a born-again minister, told 's Daily Mail.

Ohhh, Mike! Why are you talking to the press? Seriously, just crawl back under whatever rock you crawled out from and leave the poor kid alone.

When a mother or father sees their child in turmoil (losing weight, not working, and purportedly cutting herself) are we supposed to stand by , remain silent and pretend it isn't happening? Or are we suppose to step to the plate and not care what people think, and do something about it?
Well, as you can see, I'm not going to sit back and let it slide.

No, really, let it slide. Seriously. You're not helping.

let me say that I never took a penny for my blog or anything I ever did for any of my children. I did what I did, out of love and concern, regardless of any of your opinions. I did it to help them, advance their careers and give them hope. I taught them that anything is possible if you really want it enough, and that when your heart is in the right place, God will make it all happen!

Um, God called, he said to leave him out of this. He's not taking the fall for this one.

For the record, when it comes to sexual preference, I am not biased.

I don't think you understand what the word "biased" means

I am asking everyone out their to intervene in every way possible to help Lindsay, and quite possibly, save her life. Help this wonderful, good hearted and gifted young lady to see what SaMANtha is doing to her and how she is destroying her life.

Yeah, enlist the general public's help in destroying your daughter's relationship. Goddamn, you are one class act!
P.S. I wonder why Lindsey doesn't like men? Just saying.