West Virginia's Drug Problem About to be Solved!


West Virginia has a serious problem with prescription pain killers.

So this is serious business. This is a serious public health crisis. But don't worry, Joe Manchin (alleged-D) has a plan!


JAKE TAPPER: What do you want president-elect Trump to do about this problem, sir?

SENATOR MANCHIN: We need to declare a war on illicit drugs. You talk to most addicts -- and I go to these spots and talk to the recovering addicts. we have got some places that are really having some success rates, Jake. most of them are run by reformed addicts. they got started out as a kid smoking occasional -- what we call recreational marijuana. Seriously? Your answer to the opioid epidemic in your meth lab of a state is to crack down on marijuana? A drug that is not addictive and is impossible to overdose on?  That's your answer?

If the Walking Dead were happening for real in your state (and I have no evidence that it is not) would you decide to crack down on vampires? 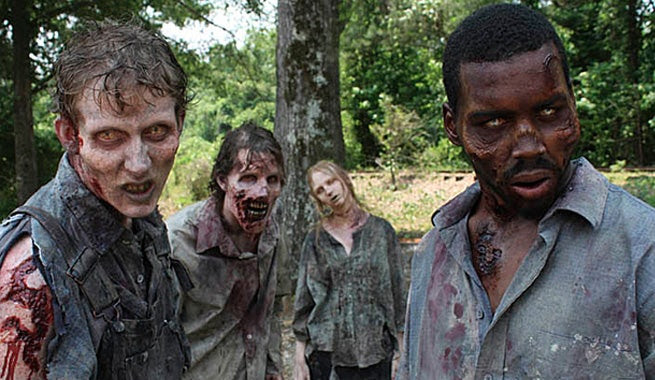 Hint: these are not vampires, so probably.

Sorry, that's a terrible analogy because vampires would be really dangerous, at least as dangerous as walkers.  Also, from what I can tell, being a vampire is pretty addictive.

But I digress. So, Senator, what happens after the kids start with the recreational reefer?

from there it led into prescriptions, taking out of their parents or grandparents medicine cabinet and become a cool kid. Then it turned into where they were hooked. now heroin comes on. Now the fentanyl comes on. it's unbelievable. President Trump needs to say day one, we're not going to lose a generation. we're going to fight this and crack down on the FDA and crack down on the DEA and make sure we look at this.


Crack down on the DEA? You know the DEA is the group that combats drugs, right? I think you might need to crack down on the drug companies who produce and distribute these pills. And the pharmacies that function as cartel middlemen, you might need to crack down on them. You don't "crack down" on the agencies that are tasked with preventing drug problems. If anything, you might want to give the FDA some teeth, maybe an enforcement budget? Maybe you might want to re-direct the DEA's priorities into busting up these opiate rings instead of busting cancer patients who smoke pot to  ease their suffering?

It's good to see that Manchin has such a strong grip on the problems his state faces in these modern times.  Maybe he can do something about these gas lines and get our hostages out of Tehran too.