The Tea Party freshman opened the Elk Grove town hall by arguing that Sen. John McCain (R-AZ) was reluctant to discuss his own military service in 2008, which made him a “noble hero.” By contrast, “Now I’m running against a woman who, my God, that’s all she talks about,” Walsh said. 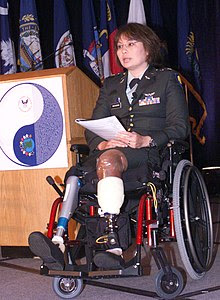 So, yeah, I guess she probably would have a lot to talk about re: her military service.

WALSH: Understand something about John McCain. His political advisers, day after day, had to take him and almost throw him against a wall and hit him against the head and say, “Senator, you have to let people know you served! You have to talk about what you did!” He didn’t want to do it, wouldn’t do it. Day after day they had to convince him. Finally, he talked a little bit about it, but it was very uncomfortable for him. That’s what’s so noble about our heroes. Now I’m running against a woman who, my God, that’s all she talks about. Our true heroes, it’s the last thing in the world they talk about. That’s why we’re so indebted and in awe of what they’ve done.

He also had this to say about a woman who gave both of her legs in service to her nation:


“She’s been the one working in Washington. She’s a bureaucrat. I’m a fighter."

Oh, you're the fighter? Oh, of course. Fighting your ex-wife in court over your unwillingness to support your children, that's the real fight! Obviously, you're the real hero in this story. Asshole.

I have so much respect for what she did in the fact that she sacrificed her body for this country,” said Walsh, simultaneously lowering his voice as he leaned forward before pausing for dramatic effect. “Ehhh. Now let’s move on.”

Holy fuck! Why are these asshole right-wingers, who genuflect every time they mention "the troops" always so eager to slander actual living, breathing war heroes? 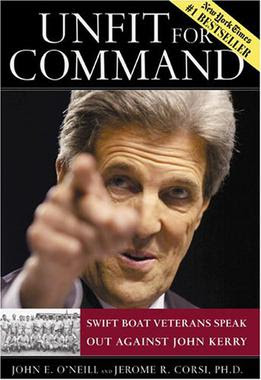 For the record, let's look at an exhaustive list of all the heroic things that Joe Walsh has done in his lifetime:

Joe the Deadbeat issued an additional statement defending his dick behavior which included this:

We are about four months from Election Day and the people of Illinois have no idea where Tammy Duckworth stands on these issues because she dodges debate requests, ignores our invitations to speak at town halls, refuses to talk about solutions and constantly reminds voters of her war service.

Oh, ducking debates and ignores invitations to town halls, eh? Sounds pretty damning. Except for this one  little  thing:

Last Friday, Rep. Joe Walsh (R-IL) challenged his Democratic opponent — Iraq war veteran Tammy Duckworth — to a debate. . . Unfortunately, she was unable to attend. Why? Because Duckworth, who serves in the Army National Guard, was on duty this past weekend. As VoteVets told ThinkProgress, under the Uniform Code of Military Justice, Duckworth was legally prohibited from appearing at any campaign events while on duty. 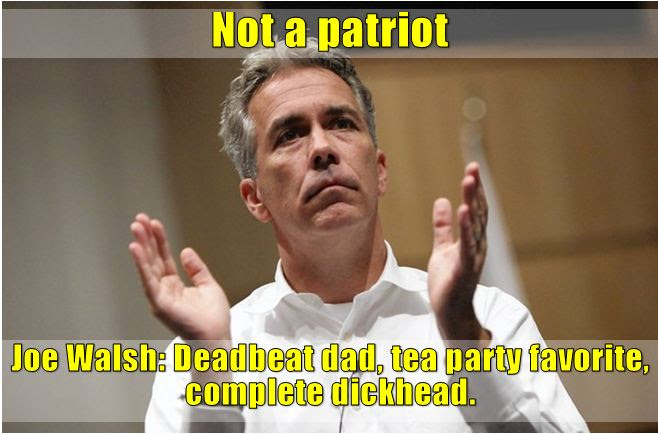