America Can Never be Honest With Herself

The Fourth of July got me thinking about how the United States can never be honest about ourselves. I don't know how it is in other countries, but we are so consumed with this idea that 'Merica is the greatest country in the history of the world, blah blah blah that we have never, i our 250+year history, had to have a reckoning with our past (and present) crimes. I know Germany has. Losing WWII forced them to face up to their evil deeds. Now it's illegal in Germany to deny the Holocaust. Mein Kampf is banned in Germany. (or it was, the ban may have expired). But in America, we insist on a sugar-coated, rose-colored, warped view of our own history in which everything we do is upstanding and moral and just and we are always the hero of every story.

And part of the reason probably is that we've never really lost a war. I mean the kind of loss where you have to sign terms of surrender and foreign troops occupy your land, not the Vietnam/Iraq/Afghanistan type of losing where you just eventually call it quits without having accomplished anything and everything goes back to normal. That's never really happened to us. Although it happened to the Confederate States, but somehow they learned nothing and still think they were in the right.

Anyway, that's probably part of it. But I think there's a deeper reason. It's one thing for, say, Japan to acknowledge the attrocities committed in China and elsewhere (although I don't know if they really do), Japan has existed as a culture since at least the 17th Century, They can face up to the times they've committed monstrous violations.
But America has a problem in this area. If we acknowledge our great original sins, that of genocide against the Native Americans and the enslavement of Africans - to recognize these as being morally indefensible is to admit that the United States should not exist. At all. Every bit of the land upon which our nation sits was stolen from other people. If we admit that we were in the wrong, then we have to admit that we shouldn't be here as a nation at all. It's much more of an existential crisis for us to confront our past than Japan or Germany or Russia or any other country because they can acknowledge that they were wrong to do this or that without having to feel like their very existence is an affront to fairness and decency.

Anyway, that mental block inevitably leads to nonsense like this:

Yeah, you know I'm reading this on my screen right now,, right?

Forget D.C. Forget Twitter. Forget what's on your screens. On America's 242nd birthday, the numbers in the poll below should be a hell of a lot higher.

Why?
We are a country that had a choice between an intelligent, experienced, competent woman and a senile, vulgar, has-been two-bit swindler with frightening personality disorders and we choose the latter to be our president. Now we're letting that bloated sociopath take children away from their parents and lock them in cages.  What right do we have to be proud of ourselves?


Our thought bubble: When we begin conflating "America" with partisan forces on either side, they've won. The strength of our country has been that it transcends the fads, fevers and foul-ups of the moment.

Okay, "partisan forces on either side" IS AMERICA. We are a country divided along partisan lines. I assume most countries are, just most countries have more parties to choose from, so maybe the divisions don't seem as stark.
And "fads, fevers and foul-ups?" Is that what you see going on in America right now? We have a party in control of all three branches of government who are intricately tied to a Russian strongman-dictator.

We have Nazis and racists crawling out of the woodwork to threaten, intimidate and commit acts of violence against innocent fellow citizens. We have a president who sees the executive branch as a tool for exorcising his petty grievances, and we are TAKING CHILDREN AWAY FROM THEIR PARENTS AND LOCKING THEM IN CAGES.


Man, 92, Allegedly Beaten With a Brick ; Told 'Go Back to Mexico' by a Mom in Front of Her Child

Police officer is under investigation after video appears to show him ignoring a woman’s pleas for help as a man berated her for wearing a Puerto Rico shirt. (Puerto Rico is a U.S. territory and residents on the island are American citizens). #PuertoRico https://t.co/lGJTq8EwDi
— Shomari Stone (@shomaristone) July 10, 2018

Migrant Baby Returned To Mom Covered With Lice: Lawsuit
It looked like they “had not bathed him the 85 days he was away from us,” said the boy’s mom.

And you think of this? 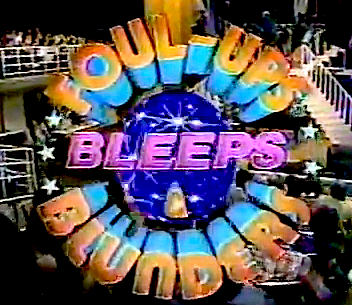 All right, so what are all these reasons we should all be singing Lee Greenwood songs and getting Uncle Sam tattoos?


Consider:
Okay. That's good. Hardly seems uniquely American, I mean people have jobs in other countries, but yeah that's a positive. I mean, it would be even more positive if those jobs paid enough for the people who take them to get out form under their student loan debts, maybe had good benefits, maybe a union or something, but sure, more jobs is good.

Really? That's your number two big point of pride? We are allowed to travel. That's pretty much the bare minimum for not being a dictatorship.
Do you think that  being free to travel is rare? Do you think that Germans, Italians, Australians, Taiwanese, Brazilians and Turks don't travel freely? This really isn't much to brag about. It's like me bragging about my wife saying "she's never slept with any other men during our marriage!" It's really the bare minimum for being a decent spouse. (For the record, she hasn't and I have way more reasons to brag about her than that)

Ooooohhhhh!!! An entire twenty-five percent? So only three quarters of us are selfish dicks? Well, let's all pat ourselves on the back now!

You know, if you want me to be impressed with that statistic, you need to show what the percentage is for at least one other country. If you could say 25% of Americans do volunteer work, on 10 % of those tea-drinking bastards in England do, I'd say Oh, well done, us! But if you're only showing one number, it's like saying "the Giants scored four runs last night." That's great if their opponent scored three., not so great if they scored five. You know?

Whoooo!!! An entire ONE PERCENT!

First of all, see above re: not having any other numbers for comparison.
Secondly, let's not pretend that we don't know that a pretty big chunk of that money is in the form of military aid which those countries use to purchase armaments from US defense companies, so it's kind of a scam anyway, just a way to funnel taxpayer dollars into the coffers of some of the most evil companies in existence.

Wait, what? Only 39 percent of the world's people are "free?" Who is deciding this? Who the hell is "Freedom House?"


Okay, I Googled them and they are some sort of NGO that was founded by Elanore Roosevelt, so they at least were good like 80 years ago, but they get funding from the US government, so I don't know how objective they are. But whether this percentage is realistic or not, it's still an awfully low bar to clear. Americans are "free." So are Britons, Frenchman, Italians, Swedes, Noweigans, Australians, Spaniards, just being "free" is more bare minimum stuff, like being free to travel. Actually, now that I think about it, freedom of travel really should have been folded in to the "free people" bullet point. It's really not a separate point. It feels like you just couldn't come up with enough features and benefits to fill a whole column.


Okay, but unless it has risen in other countries similar to us, it's kind of hard to feel all flag-wavie about that.

Okay, you're doing it again. You're taking one selling point and trying to make it into two separate things. You doiong that is as sad an indictment of America as I can imagine. The guy whose job it is to convince us how wonderful America is can't think up enough bright spots, he has to use duplicate talking points.

Once again, you aren't telling us whether this is more per capita than other affluent countries or less. Also, you're glossing over the fact that that number includes the money that the faithful tithe to their churches so the Joel Osteens and Creflo Dollars of the world can buy bigger mansions and private jets. It also includes monies that wealthy alums give to their almas mater. Harvard and Yale aren't exactly charity cases, but donations to them count towards that total the same as money given to Cancer research or a soup kitchen. 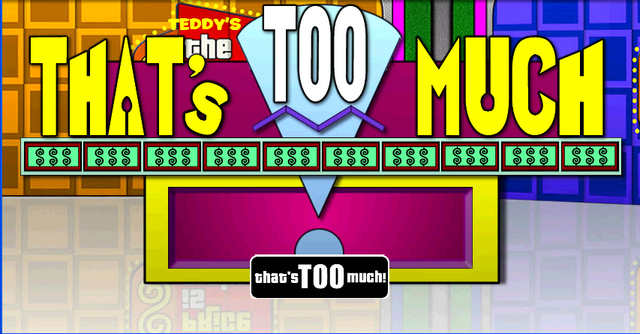 That's too many people in the military. The only reason we need to have that many people in the military is that we have to be in a state of constant war to feed the insatiable maw of the military-industrial complex. How many countries have US troops stationed in them? I'm pretty sure that it's over 100. Why? What do we get out of it other than a smug sense of superiority, the feeling that we are the biggest, toughest country in the world, aaaaaaand I just answered my own question.