This Book is Not safe For Children!

So I saw this:

I support the school in this action.

All material that references sex and another degrading acts that can affect our your children should not be readily available to students.

We send our children to school to learn and not to be made into sex objects by some of the teachers and other non God fearing educational officials.

All books and other such material should be taken out from any where in the school and destroyed. It is not the government job to teach our kids about sex, that is not where was want our tax dollars being spend.

And I read that it was about a book being pulled from the school library in Riverside, CA.

And I thought "What sort of foul, pornographic smut had made its way into the school library down there?
Because apparently, this nasty, awful book "references sex and other degrading acts" (interesting that the writer considers sex to be a "degrading" act. Now that's some damn fine repression) and will turn children into "sex objects," which seems like a pretty awful thing to do. 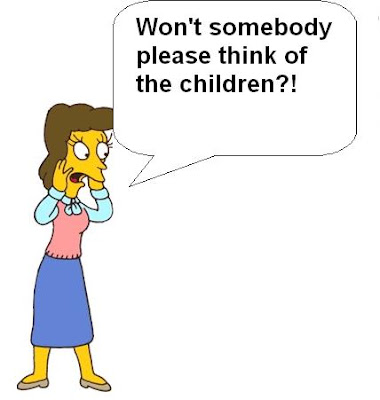 So I clicked the link to the newspaper article to see what this vile, filthy book was:

A school district in Riverside County has pulled the Merriam-Webster's 10th edition dictionary from school shelves because it includes the term "oral sex."

Yeah. That's what the parents of Riverside, CA want to protect their children from. The Dictionary.
I've been unfortunate enough to have spent some time in Riverside, CA so this is not entirely shocking. People have this stereotype of California being San Francisco sophisticates, Berkeley hippies, and Los Angeles glamour dolls, but the "Inland Empire" part of the state might as well be Kansas. See, while Northern California was populated by folks from New York, Philadelphia, Boston, etc. during the Gold Rush, the agricultural areas were populated largely by Okies and Arkies fleeing the Dust Bowl.
But come on! Even the descendants of the Joads shouldn't be afraid of the fucking Dictionary! That's really just sad. And what's even sadder is that the school district went along with the tounge-speakers and snake-handlers who are terrified that their children might see the word "sex."

Pathetic!
Posted by Professor Chaos at 8:04 PM No comments:

Here's Ricky Scaggs and Sharon White dueting on "If I Needed You."

And the real deal:

Posted by Professor Chaos at 6:23 PM No comments: