I Love a Parade, Vol. II

As I mentioned last post, I enjoy a good parade.

And last weekend, we finally attended one we've been wanting to see since we moved here, the Dragon*Con Parade.

For those of you not familiar, Dragon*Con is maybe the largest (I have no idea) gathering of sci-fi/fantasy/video game/ comic book aficionados.

I've never been a big sci-fi or fantasy fan, but I am a fan of creative people in elaborate costumes.
Anyway, I have no idea who a lot of the characters are, but I am really impressed with the talent of the costume people. (please don't make me say "cos-players") 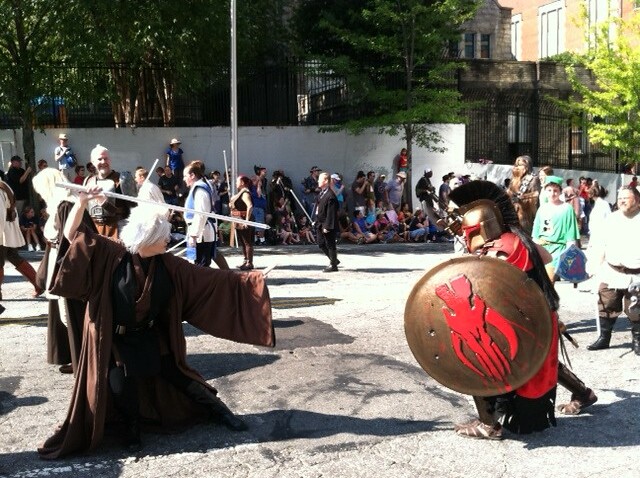 This pretty much seems like Dragon*Con in a nutshell. A Star Wars jedi (I think)  LARPing with a 300 Gladiator. (probably) 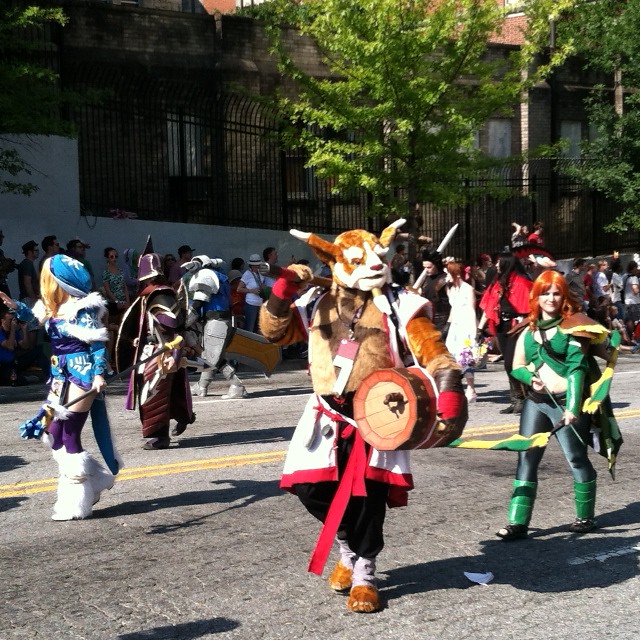 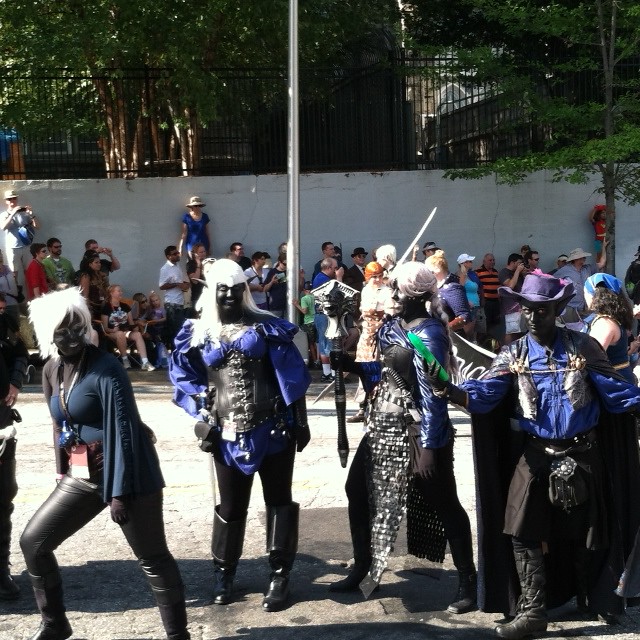 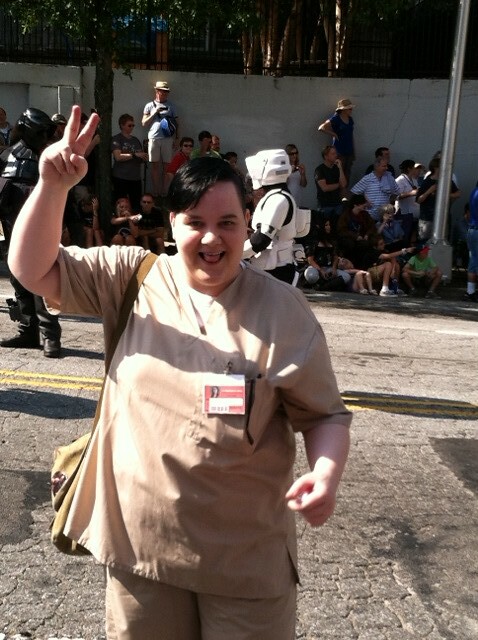 My favorite costume of the day -- Big Boo! 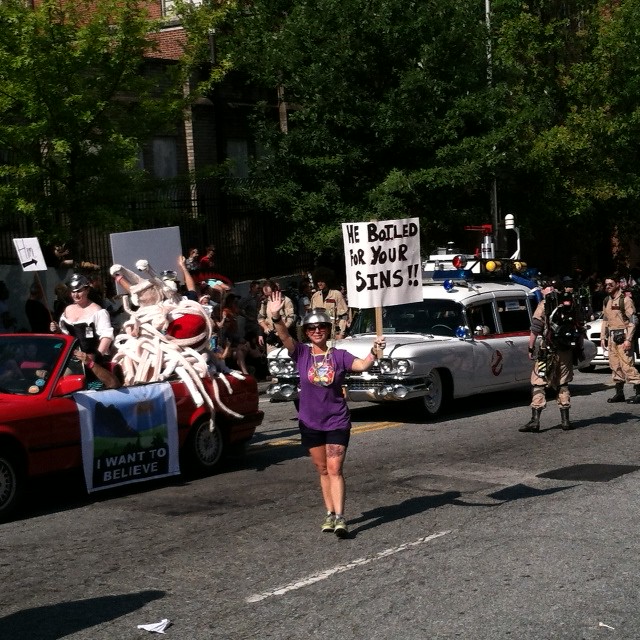 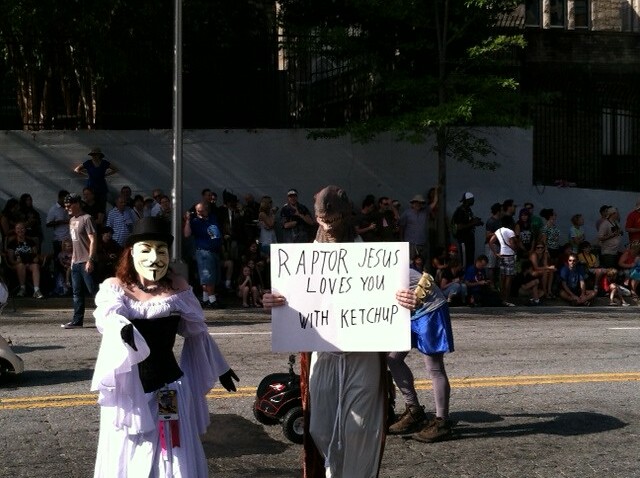 And speaking of blasphemy. . . 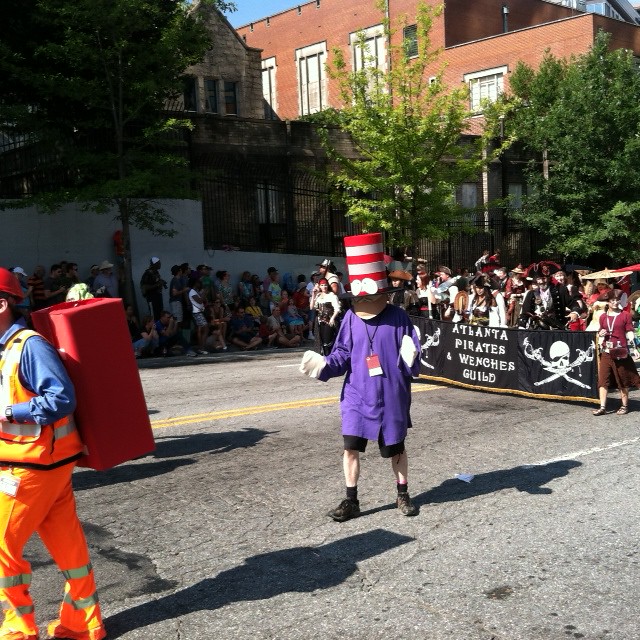 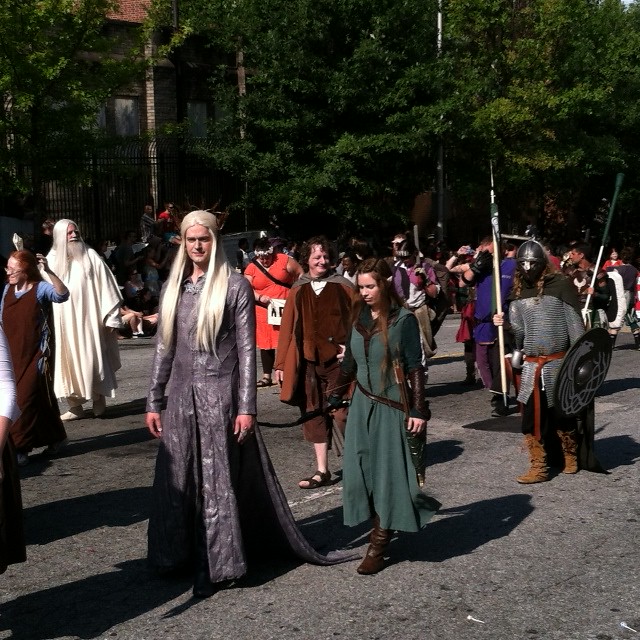 Pretty sure this is Lord of the Rings. 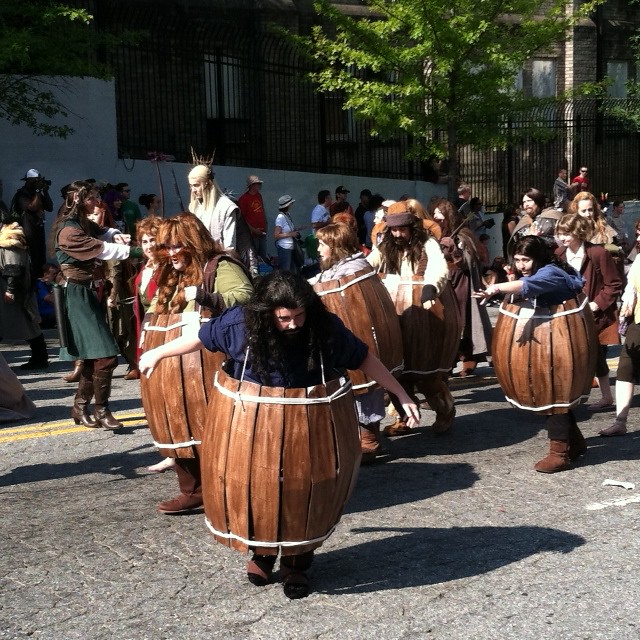 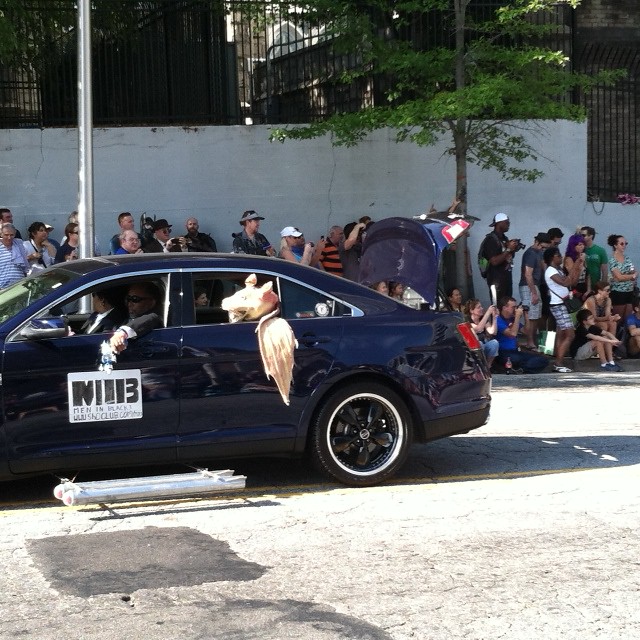 The Men in Black make themselves useful and arrest Jar Jar Binks. 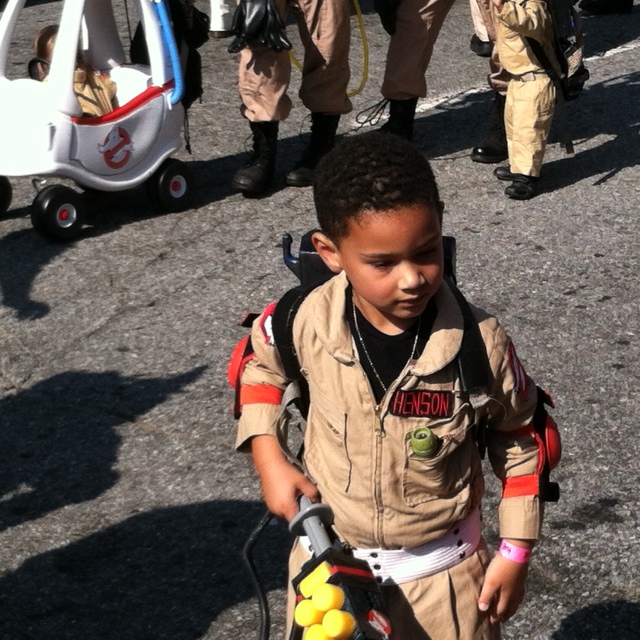 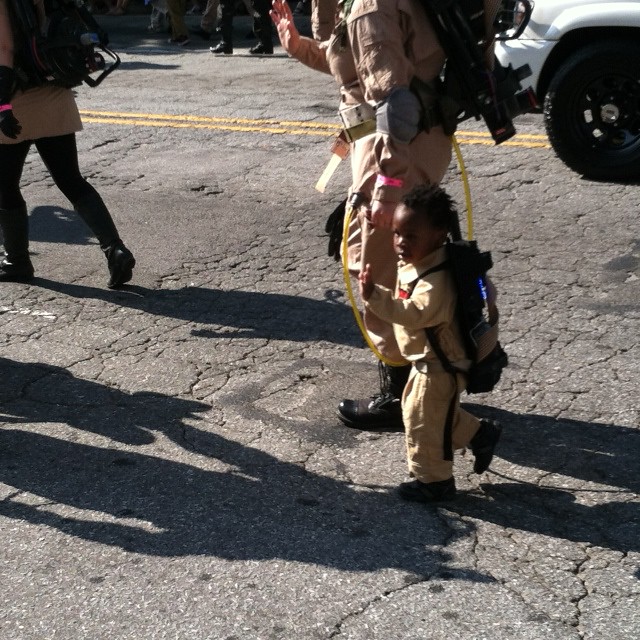 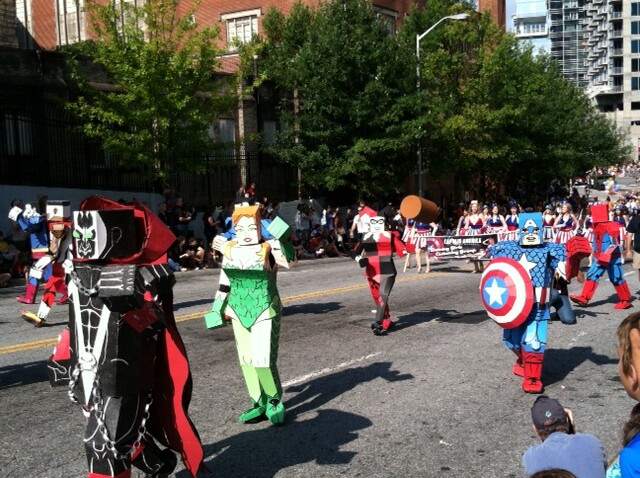 It wouldn't be an Atlanta parade without the Box Heroes! 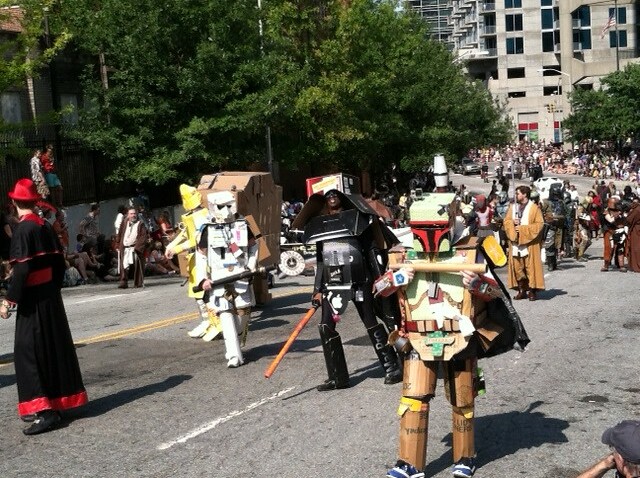 Or the Box Star Wars guys 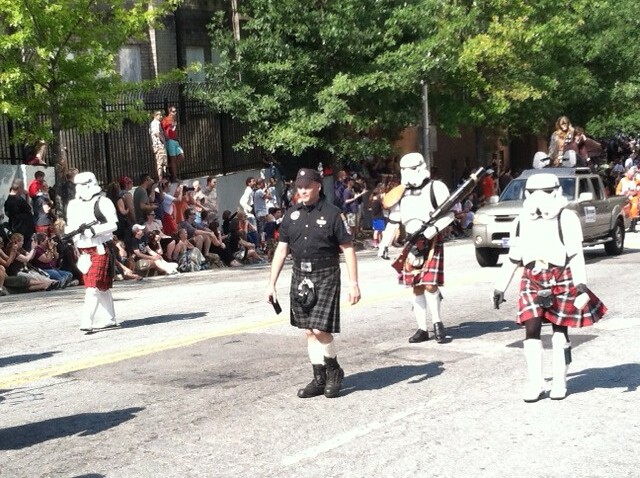 Stormtroopers in kilts, because why not? 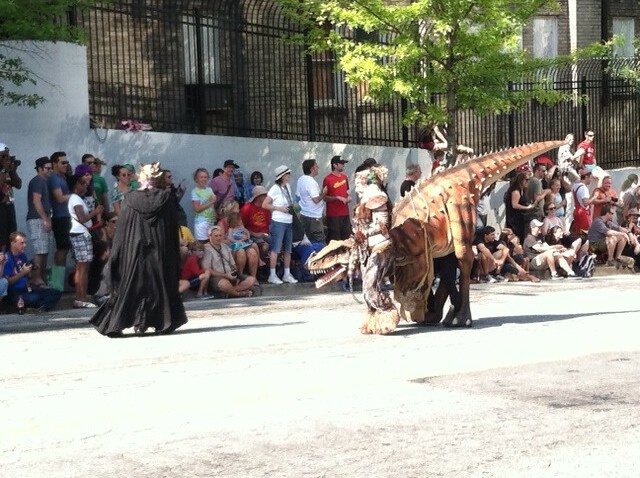 This would appear to be a woman walking a dinosaur. 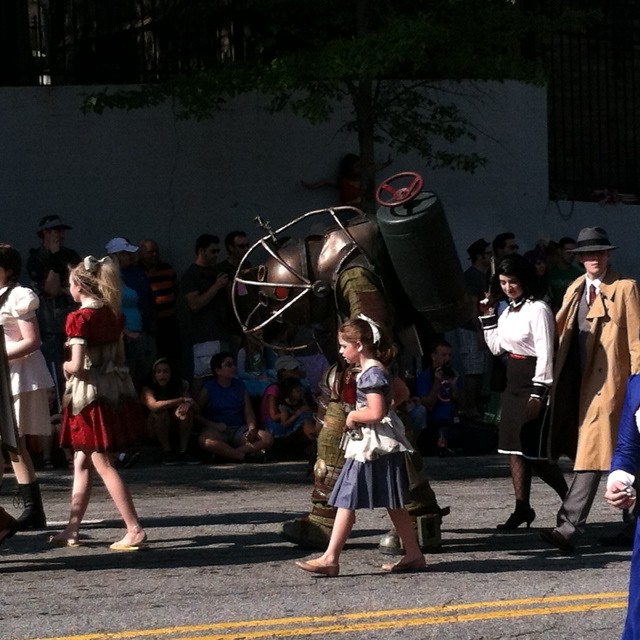 Don't know what this is, but it gave me nightmares for a week 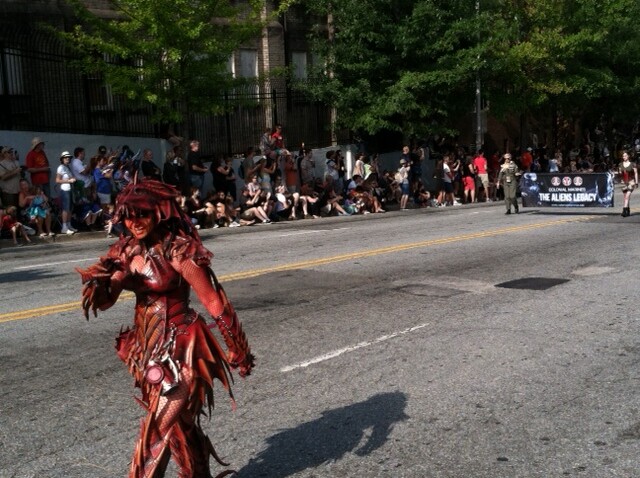 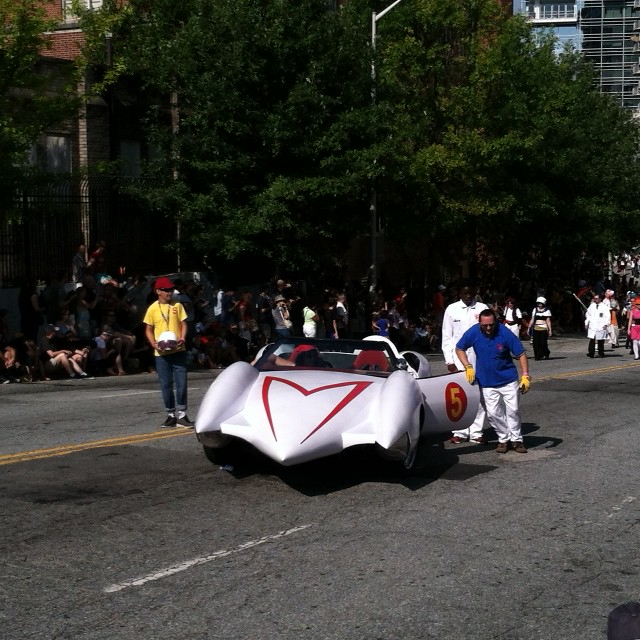 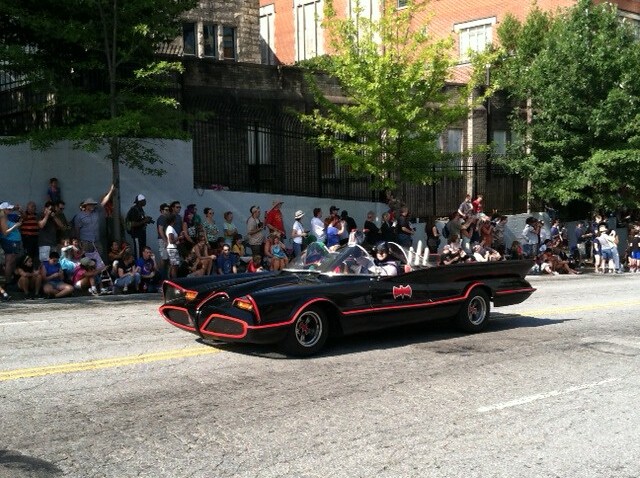