How did we get to this point?


How did we get to the point where the clearly deranged are chosen for positions of responsibility and leadership?
Take for example, New Hampshire State Rep. Edmond Gionet (R-obviously), who asked this question of Senator Kelly Ayotte:

Now is there anything in Washington that says — any telltale signs that maybe we might be headed for an internal revolution given the fact that these kinds of things are going on?


Um, what? An internal revolution? How insane would you have to be to think that there might be an "internal revolution" against the government of the most powerful nation in the history of the world?Who would think that there might be telltale signs in Washington that some cabal of disgruntled rednecks might be about to take up arms against the most powerful military might the world has ever seen? Well, to be fair, that's not the complete quottation, maybe it makes more sense in context. Let me see. . .

GIONET: One of the things that concerns my constituents — the majority of my constituents –- is the appointments that are now being made in Washington by our President and the way he is handling the illegal immigrants, nationalizing them and giving them the opportunity to vote, and wanting to keep track of our guns. They are worried that they are going to have to use these guns because of our own government. Now is there anything in Washington that says — any telltale signs that maybe we might be headed for an internal revolution given the fact that these kinds of things are going on? This is what’s said in the groups that I sit in. 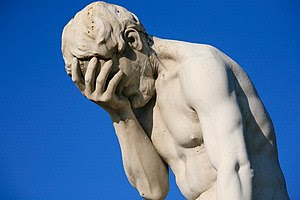 Wow, where to start? First of all, "nationalizing" immigrants? So you think that all immigrants are now owned collectively by the people of the United States? Also, no one is letting them vote. And no one is trying to keep track of your guns. They should be. If this were a sane country, there would be a National registry of guns, but this is America, so of course there isn't.

And if you are meeting with constituents who are talking about using their guns against the US government, seems like you have a duty to report them to the FBI or the ATF or somebody, because these people can not be trusted with firearms.

And who are these "groups you sit in?" Do any of them rhyme with "Sean Smurch?"

ThinkProgress caught up with Gionet outside the event and asked him to clarify his deranged rant.

He explained: “This morning, I was down at the Lions Club, at McDonald’s and this [photo of President Obama with Sec. of Transportation-Designate Anthony Foxx] was given to me. And they’re saying all the key positions… That’s the latest one. But even key positions within the White House are going to people that are going to promote his agenda. And this agenda doesn’t appear to be helping us to the extent that it should be. It might be that we’ve got the wrong slant on things, but here again we’re in our own world up here. We understand what we like, the lifestyles that we’ve had, the way the country should be run. And it’s just not happening.”

Wait. Are you saying that the President is nominating people who share his point of view on the issues? Because that's a pretty serious accusation, buster, you'd better have some proof to back that up!

And if you're saying that the president's agenda isn't helping people as much as it oughta be, that's a perfectly good reason to vote for someone else. Or take up arms against the US government,  whichever seems more reasonable.

And you know, it'd be one thing if it was just some little local nobody like Gionet,

(seen here losing an argument to a horse)
but of course it's not.

Just look no farther than Texas. The state that sent Louie Gohmert to Congress:

Gohmert, when not protecting Texas from Sharia Law and wascally wabbits, takes time out of his busy day to apparently actually believe that the Obama Administration is full of members of the Muslim Brotherhood.

GOHMERT: I think it is… It’s very clear to everybody but this administration that radical Islam is at war agains us… Radical Islam is at war with us. Thank God for the moderates that don’t approve of what’s being done. But this administration has so many Muslim Brotherhood members that have influence that they just are making wrong decisions for America.

Also, he apparently truly believes that Muslim terrorists are going to disguise themselves as Mexicans  and cross the Rio Grande in order to come in and do terrorist stuff.

“We know al Qaeda has camps over with the drug cartels on the other side of the Mexican border,” the Republican from Tyler said on C-SPAN Wednesday morning. “We know that people that are now being trained to come in and act like Hispanic when they are radical Islamists. We know these things are happening. 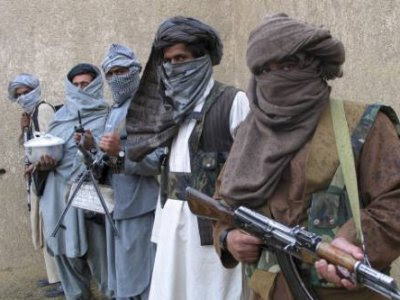 You know, it's one thing to say that theoretically, the terrorists could put on Dodger caps and shave their beards and try to sneak in disguised as Alberto Queda, but to say "we know these things are ahppening" is a pretty good indication that you are looney.

So how does someone like Louie Gohmert get sent to Congress? Hell, this is a state that sent Ted Cruz to the Senate.

Ted Cruz is the guy who claims that Harvard Law had more Communists bent on overthrowing the US than it did Republicans.  Ted Cruz who has this on his website:

Agenda 21 attempts to abolish “unsustainable” environments, including golf courses, grazing pastures, and paved roads. It hopes to leave mother earth’s surface unscratched by mankind. Everyone wants clean water and clean air, but Agenda 21 dehumanizes individuals by removing the very thing that has defined Americans since the beginning—our freedom.

Yes, Agenda 21, a  non-binding set of suggestions that the UN came up with in the 1990's would eliminate paved roads. Yes, that's exactly what would happen. And what evil mastermind could have come up with the fiendish scheme to unpave all the roads? I'll give you three guesses. . .aw, hell it was Soros. Of course, you probably knew that.

The originator of this grand scheme is George Soros, who candidly supports socialism and believes that global development must progress through eliminating national sovereignty and private property.

Yes, because if there's one thing your average billionaire hates, it's the idea of private property.

And if you want to really see just how delusional Ted Cruz really is, take a look at this headline:

Cruz 2016
The freshman senator is considering a run for president.
By Robert Costa

This goes beyond the normal sort of "how the hell can a guy who called hurricane relief for New Jersey 'pork' then demanded aid for Texas possibly hope to win" kind of delusional. Because Ted Cruz was born in Calgary.
Calgary, Alberta.
Calgary, Alberta, CANADA.
Which means he is Constitutionally prohibited from serving as President. Even if he had a snowball's chance of winning, he would not be allowed to take office.

Cruz isn’t worried that his birth certificate will be a problem. Though he was born in Canada, he and his advisers are confident that they could win any legal battle over his eligibility. Cruz’s mother was a U.S. citizen when he was born, and he considers himself to be a natural-born citizen.

These sort of people used to be relegated to standing on milk crates, shouting at passersby through a bullhorn. How did we get to the point where nuts like these are in positions of responsibility?

Ladies and gentlemen, the next President of the United States. . .


Posted by Professor Chaos at 10:36 PM No comments: